Anyone purchasing something online has had that one instance where the delivery method failed. Across Latin America, e-commerce purchases are expected to grow by double-digits annually by 2024. That means finding trustworthy — and cost-effective — ways to deliver those packages will become more important. 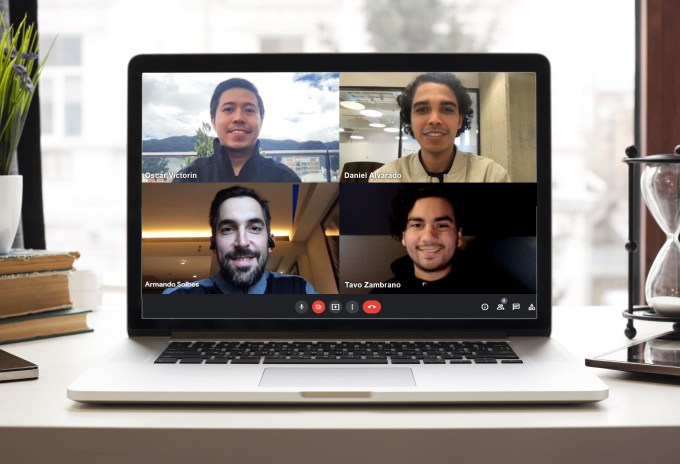 Founded in 2014 by Tavo Zambrano, Armando Solbes, Óscar Victorín and Daniel Alvarado, the company is able to provide up to 70% reduction in logistics expenses, a revenue growth of up to 3 times by being able to displace shipping options and costs in real time and up to 91% optimization of a company’s operations by avoiding data errors, Zambrano told TechCrunch.

The company started out in food delivery, but pivoted in 2015 when Zambrano saw an opportunity to help businesses decipher which is the best shipping carrier.

Every country has its unique challenges when it comes to shipping, Zambrano said. This is due mainly to delivery carriers being different in each country, meaning Skydropx has to start from the ground up.

The company intends to expand into other countries where e-commerce is growing, including Colombia, Argentina, Chile and Peru. To do this, the company announced Tuesday $20 million in Series A funding co-led by Base10 Partners, Cometa, and 645 Ventures.

TJ Nahigian, co-founder and managing partner of Base10 Partners, said he met Zambrano and Solbes in 2018 when the ecosystem was still early. He revisited the company as he saw a massive uptick in e-commerce globally, which was also impacting adoption in Latin America, where he said delivery and fulfillment were among the challenges that businesses have to overcome.

“Tavo and Armando are key enablers to grow this ecosystem broadly which is a huge opportunity,” Nahigian said. “Skysdropx is at a scale to enable delivery and information to flow through the entire system and in a way that is more efficient. The penetration rate is still small, but we see that significantly change 10 to 100 times over the next couple of years.”

This new capital combines with previous raises of $7 million following Skydropx’s participation in Y Combinator in 2018.

Since then, the company became profitable, growing over 300% in 2020 alone. It now serves over 50,000 customers and makes more than 1.5 million deliveries a month. Approximately 6% of package deliveries in Mexico are done through Skydropx, Zambrano said.

In addition to moving into other countries, the company is looking at other verticals in fulfillment, like opening its own fulfillment centers in Mexico and launching its own delivery branches so that in addition to the website, customers can drop off or pick up packages in person. He expects 30 branches to go up in the next two weeks in corner and convenience stores around Mexico.

Aaron Holiday, co-founder and managing partner of 645 Ventures, met the company at Y Combinator, though the firm did not initially invest. He, too, saw the company exceeding its target year over year, and wanted to be involved in the Series A, which is 645 Ventures’ first investment in Latin America.

“In Latin America, e-commerce is undergoing a Renaissance, first around fintech and now with the emergence and surge in e-commerce,” he said. “Customers talked about their product being essential to scale and get to profitability, and Skydropx is emerging as the dominant leader to automate fulfillment.”