At its annual MAX conference, Adobe today announced a number of interesting updates to its Behance portfolio site for creatives. According to Adobe, more than 160 million people visited the site in the last year and viewed the work of the creatives on the site over 2.25 billion times. That’s a highly active community, and it’s maybe no surprise then that the company is adding a number of new features that will allow its users to directly — and indirectly — profit from this.

Maybe the most headline-grabbing feature Adobe is adding is the ability to better showcase NFT artwork on the site. Creatives can now connect their crypto wallets with Behance. The company is working to include blockchains like Polygon, Solana, Flow and Tezos. It is also partnering with NFT marketplaces like OpenSea, SuperRare, KnownOrigin and Rarible to display provenance data from the Content Authenticity Initiative — which is now built into a number of Creative Cloud tools — visible on their sites, in addition to Behance.

Will Allen, the Adobe VP in charge of Behance (among other things), noted that Adobe isn’t interested in creating its own NFT marketplace. “We’re really just focused on enabling these creators to showcase their work,” he said. “That’s the key focus of what I think we can do particularly well is allow them to showcase their work and then make these transactions wherever they want to be.” 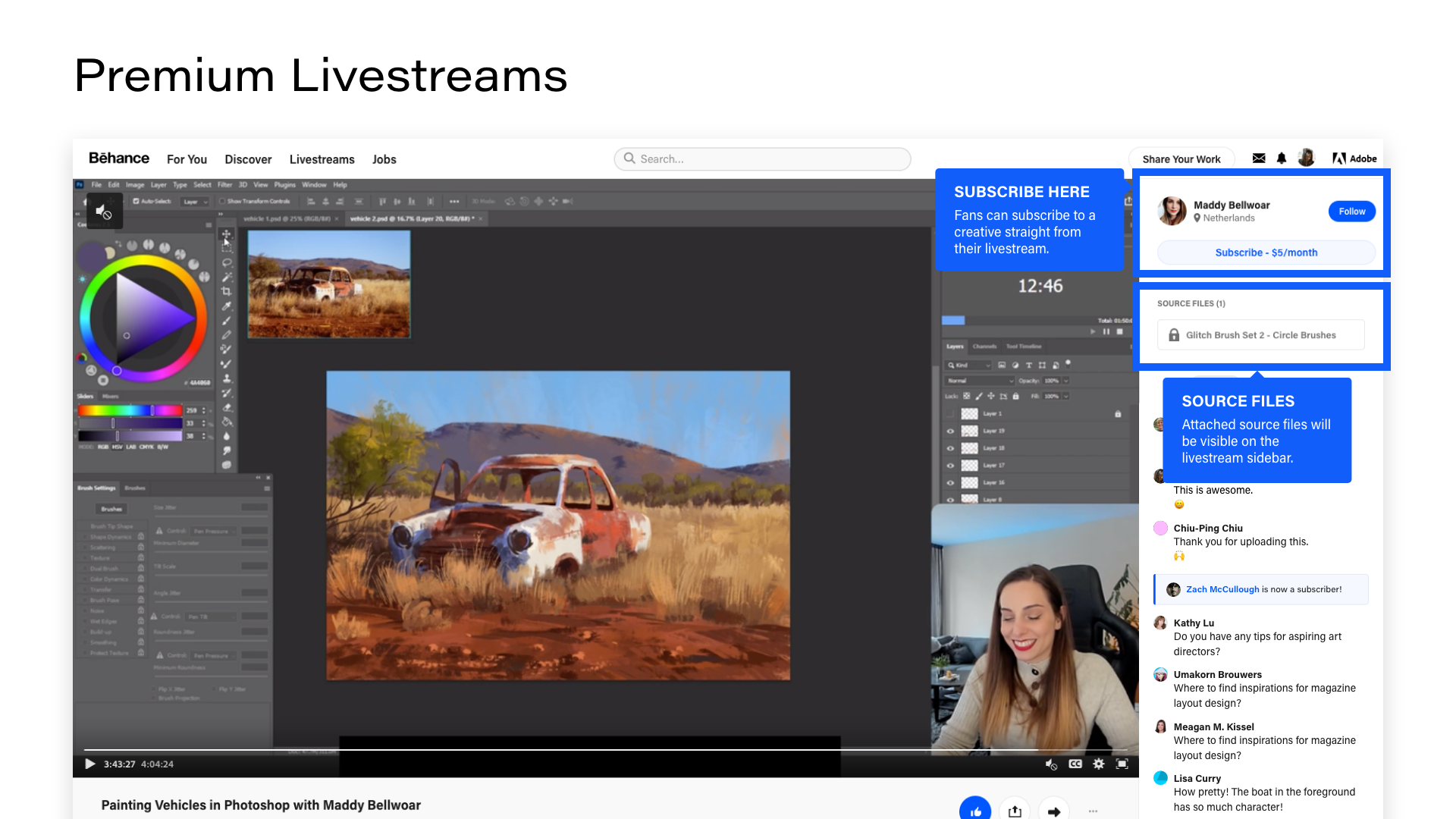 As Allen told me, a lot of Behance users are subscribing to fellow creatives to learn. “I do find a common theme is that they want to learn,” he said. “They want to see behind the scenes of like, ‘Hey, this is a phenomenal illustrator, let me just watch them create and see how to do these things. Let me get access to their PSDs, so I use those as a template and take my creativity to the next level.'”

Creatives can now also sell subscriptions on Behance to sell access to their tutorials, workshops and livestreams. Creatives can set their own prices for these subscriptions and Adobe tells me that it doesn’t take any commission from those sales.

Also new on Behance is the ability to indicate that somebody is available for work. Finding job opportunities has always been the goal of many Behance users, but with the help of a new button, creatives can now make this explicit. Creatives can indicate whether they are available for freelance or full-time work.