Over the course of the last few years, Adobe has gone all-in on AI. At its MAX conference this year, that’s once again on full display across updates for virtually all of its products, powered by its Sensei AI platform. Those range from smarter masking tools and preset recommendations in Lightroom to the ability to transfer colors between images in Photoshop, all the way to a body tracker in Character Animator.

If you’ve ever worked with Photoshop, you know the pain of trying to precisely select an object in order to then manipulate it. Using the “magic wand,” after all, often felt anything but magical. Last year, Adobe added the object selection tool, which uses AI to help you with that. Now, with the latest update, Adobe is also introducing auto-masking, which takes this one step further by automatically recognizing the different objects in an image. Adobe is quite open about the fact that it won’t detect everything just yet, but the company also notes that this feature will improve over time.

Similarly, last year, Adobe introduced what it calls “neural filters.” These added the ability to colorize an old black and white image, improve portraits, add depth blur or zoom into an image, with the neural network automatically trying to recreate all of the details. 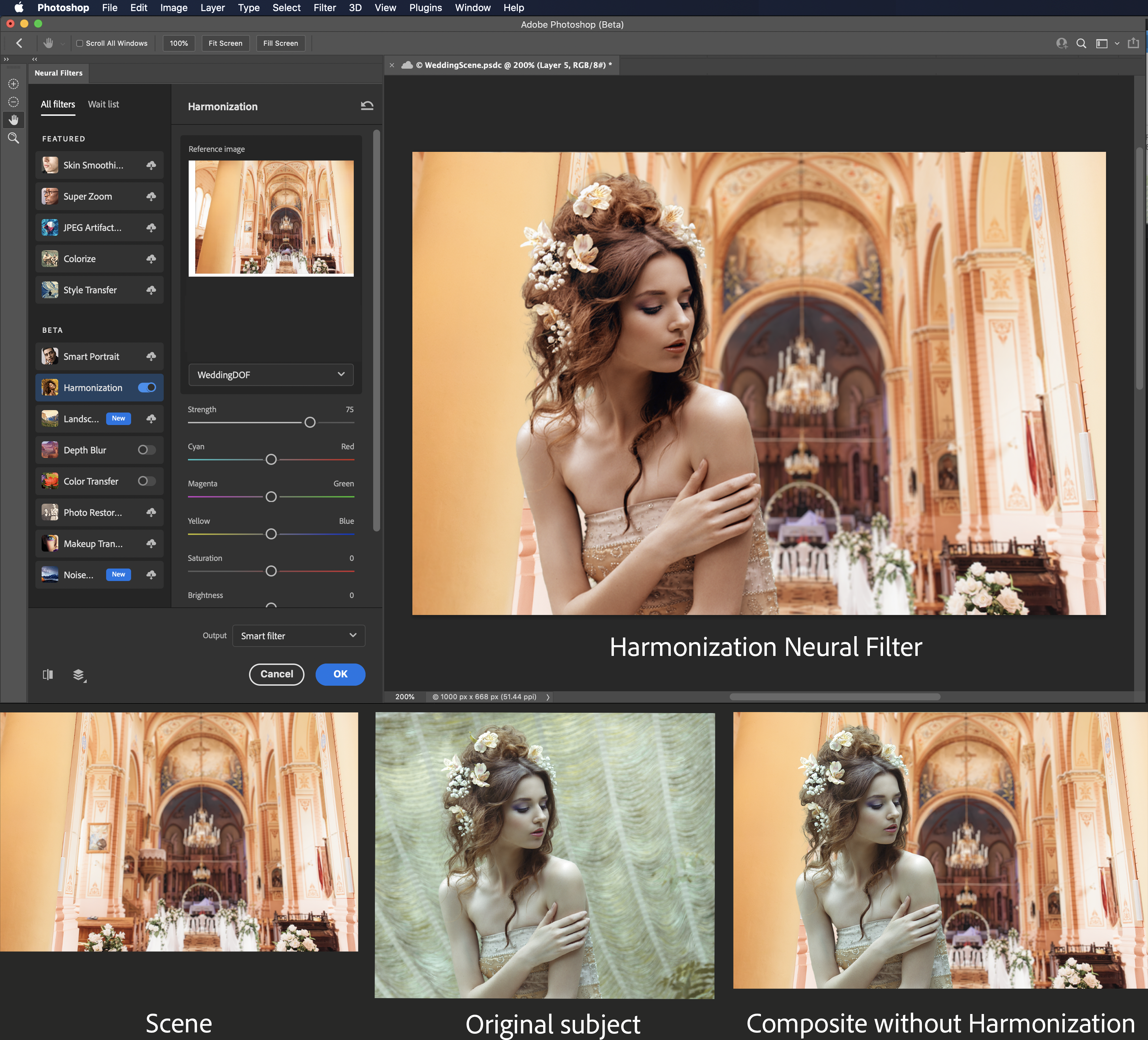 This year, it is introdu0cing a feature called “landscape mixer.” By moving a few sliders, you can make your photo look like it was taken in the fall or winter, for example, either using a set of presets or by creating your own custom ones. Say there’s a bit of a drab foreground but you want a green image; find yourself an image with a verdant green landscape to transfer that style and you’re good to go.

Also, depth blur, which was previously available, now lets you change your focal distance after the fact, which looks quite a bit more professional than the previous filter, which mostly focused on blurring everything around an object in an image.

Meanwhile, in Lightroom, photo editors can now use a new feature to automatically select the sky (and invert that to select everything else, too). Also new in Lightroom, though not AI-related, is a new Remix tab in the Discover section that allows photographers to share their work and lets others see the edits they made — and maybe make some changes to it.

For videographers, Adobe is adding a new AI feature to Premiere Pro that can automatically adjust the length of a music clip to the length of a video sequence. First introduced in Adobe Audition, the audio editor in the Creative Cloud suite, this new feature (somewhat confusingly also called “Remix”), makes sure that you don’t just fade out in the middle of a song when a sequence is over. It automatically cuts the audio so the end of the song is still there at the end of the sequence when you shorten a music clip. 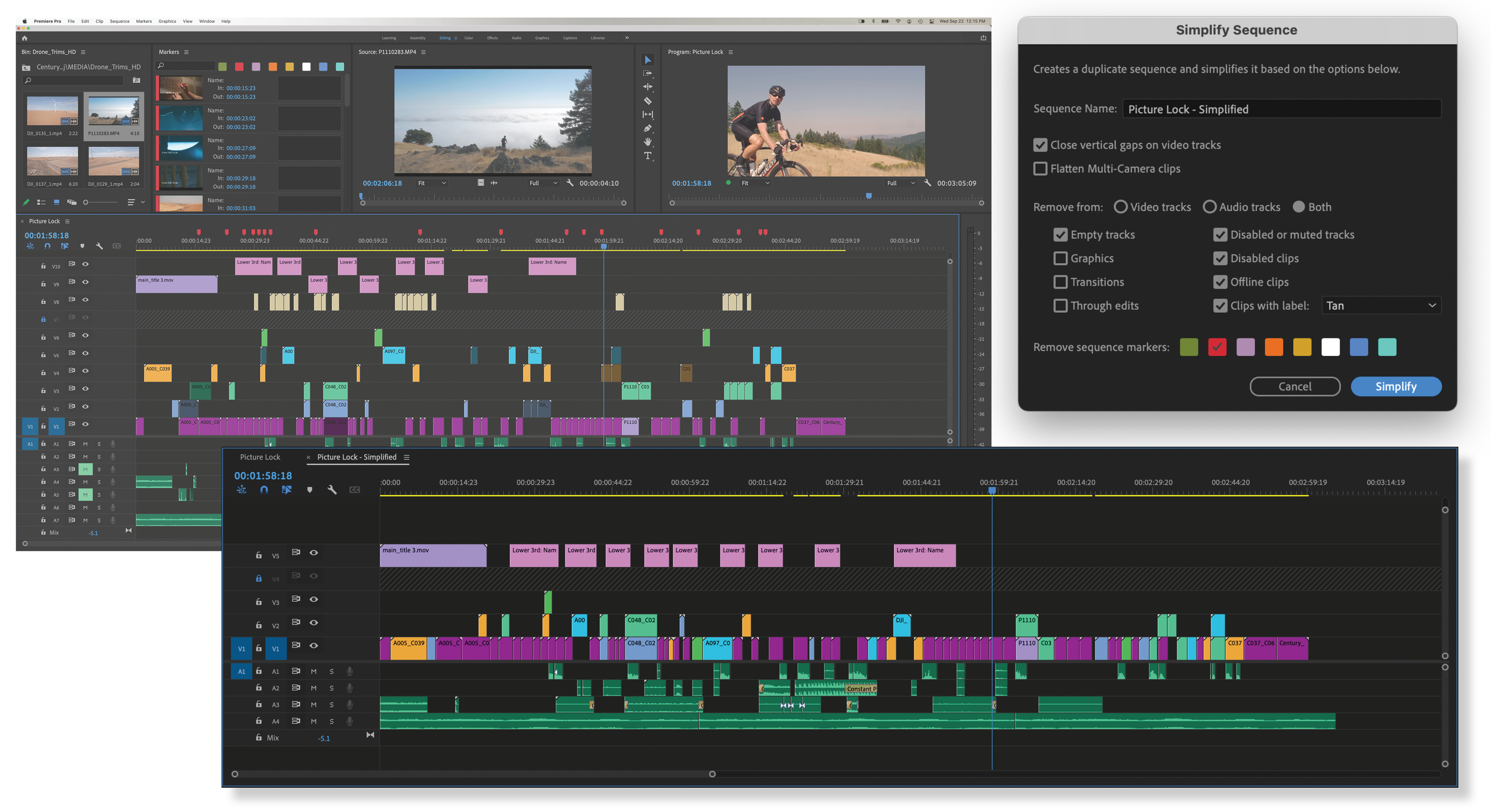 Among some of the other updates to Creative Cloud are Creative Cloud Web, a new hub to access, organize and share files and libraries on the web. It’s still a private beta and will only be available in Fresco, Illustrator, XD and Photoshop. It’ll feature a real-time collaboration space where teams can add text, stickers and images to assets. It’s worth noting that this isn’t Photoshop or XD on the web. It’s merely a place to discuss projects and assets. 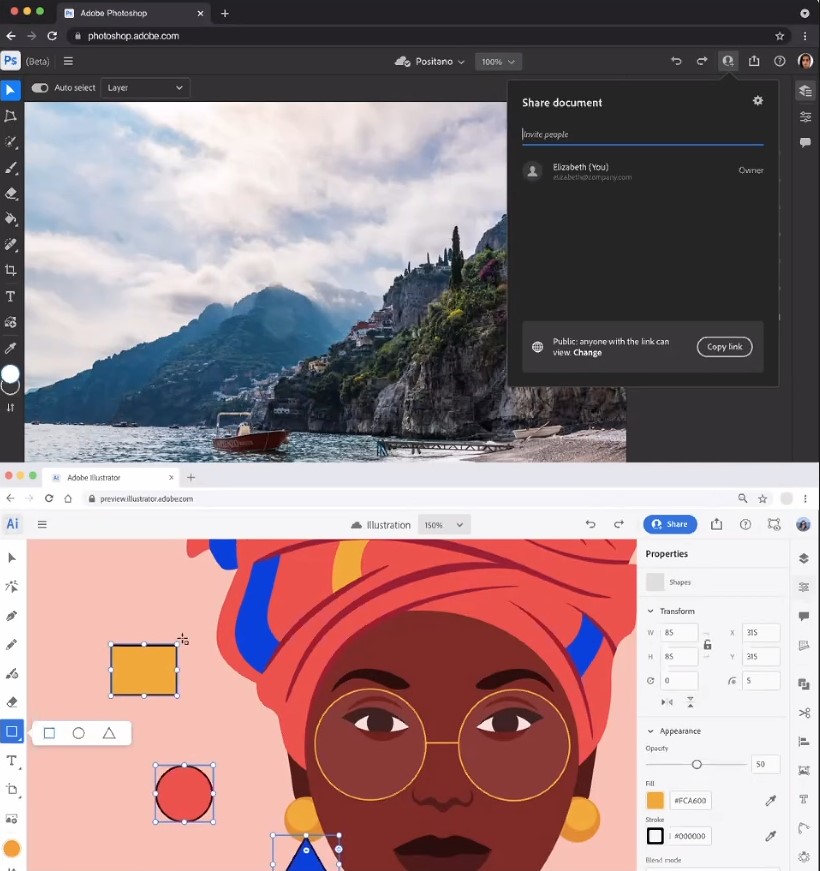 But don’t despair, because Photoshop and Illustrator on the web are also getting support for some basic editing tools in the browser.

As usual, there are also a slew of other updates to all of the Creative Cloud tools. What’s clear, though, is that Adobe is betting big on AI to make life easier for creative professionals and hobbyists. In some respects, it is catching up to competitors like Skylum’s Luminar AI, which have made AI the central focus of their applications. Adobe’s advantage is the breadth of its feature set, though, which is going to be hard to replicate for any newcomer.