Apple today introduced a new set of App Store Guidelines that include three key changes. One of the changes is the result of a previously announced settlement agreement with a class of U.S. app developers. It clarifies that developers are allowed to communicate with their customers about other payment methods available outside their app. Related to this, another new guideline explains that apps may request customer information like name and email, but the request must be optional for the user and shouldn’t prevent them from using the app.

The third guideline is unrelated to legal action, and simply details how developers can use a new App Store feature, called in-app events, which rolls out next week.

In August, Apple first announced it had reached a proposed settlement in a class-action lawsuit filed against it in 2019 by a group of U.S. app developers. The agreement included a few items, but the biggest was that developers would be able to share information with their users about how to pay for purchases outside their iOS app and the App Store. At the time, Apple said the changes would clarify that developers “can use communications, such as emails, to share information about payment methods outside of their iOS app.”

“As always, developers will not pay Apple a commission on any purchases taking place outside of their app or the App Stores,” Apple had also said.

Now those proposed changes are officially part of the App Store Guidelines.

Specifically, Apple deleted a clause from guideline 3.1.3 that had previously said developers were not permitted to use information obtained within their app to target individual users outside of the app to use purchasing methods other than Apple’s own in-app purchases. The old rule had also said this would include sending out emails to the address on file obtained when the customer signed up for the app.

With this clause gone, developers are no longer barred from those sorts of communications.

Apple also added a new section to guideline 5.1.1 (x) that explains further how developers may go about requesting user contact information. It says:

Apps may request basic contact information (such as name and email address) so long as the request is optional for the user, features and services are not conditional on providing the information, and it complies with all other provisions of these guidelines, including limitations on collecting information from kids.

The rules against contacting customers, or what is referred to as “anti-steering” guidelines, is an area that has become the subject of much regulatory scrutiny in recent months. Lawmakers around the world have been working to determine if Apple is acting as a monopolist by limiting how developers can run their own businesses in terms of customer outreach, marketing and payment systems choice.

Already, Apple was being forced to adjust its App Store rules due to various settlements in specific markets.

South Korea, for instance, recently passed new legislation that bans Apple and Google from requiring that developers use their respective payment systems. In Japan, Apple last month reached a settlement with regulators over “reader” apps that now allows them to link to their own websites from within their apps.

In the U.S., meanwhile, Apple is engaged in a lawsuit with Fortnite maker Epic Games. Though the case is now under appeal, the judge’s original ruling would have required Apple to allow developers to point to their own websites within their apps, where customers could then pay directly for its services or subscriptions, bypassing Apple’s payment systems in the process.

Today’s changes don’t go so far as to allow alternative payment systems to be embedded directly in their apps, however.

The anti-steering updates are only one area where regulatory pressure has been playing a role in pushing the tech giants to adopt new policies.

Apple and Google have both also adjusted their commission structures to lower their cut of developers’ revenues in different ways, including for smaller businesses, apps that provide access to media and apps run by news publishers. Google this week lowered its fees to 15% for subscription-based apps from day one, instead of 30% during the first year which lowered to 15% in year two. It also lowered commissions to as much as 10% for specific media apps. 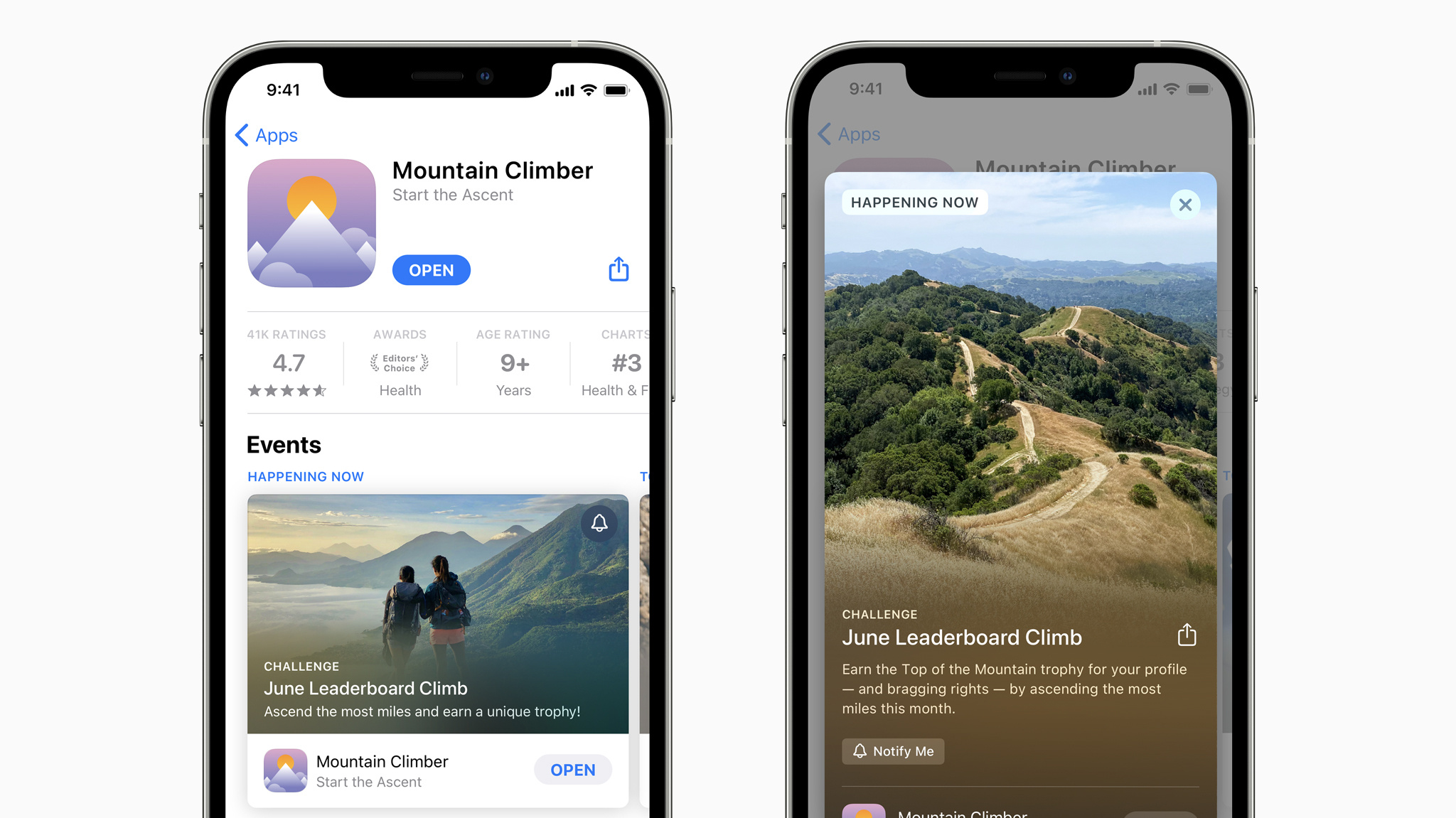 The other new rule arriving today is related to in-app events and simply guidance as to how the new feature can be used.

Announced at WWDC, in-app events give app makers a better way to showcase things taking place inside their apps, like game competitions, movie premieres, livestreamed experiences and more. The events will begin to appear on the App Store starting on October 27 with the release of the iOS 15.1 update.

Apple advises developers to ensure the metadata is accurate and related to the event specifically when entered in App Store Connect and that the events must run on the dates selected, including across multiple storefronts. It also specifies the deeplink must launch the event directly when tapped, and notes events can be monetizable.

All three rule changes are live as of today.