Airbyte, the well-funded open source data integration startup, always made it easy for data teams to set up their ELT (extract, load and transform) pipelines, but until now, that meant self-hosting and managing the service, with all the complications that come with that. Today, the company announced the official launch of Airbyte Cloud, a hosted service that takes all of the features of the open source version and adds hosting and management, on top of a number of additional support options and enterprise features like access management for teams (though single sign-on support is currently still listed as “coming soon”).

Currently, more than 6,000 companies use Airbyte in some form or another. That’s up from only 250 at the end of January. Over the course of the year, the company has also taken on a seed and Series A round, for a total of just over $31 million in funding. The fact that there were only two months between the seed and Series A round is a pretty good indication of how hot this space is. 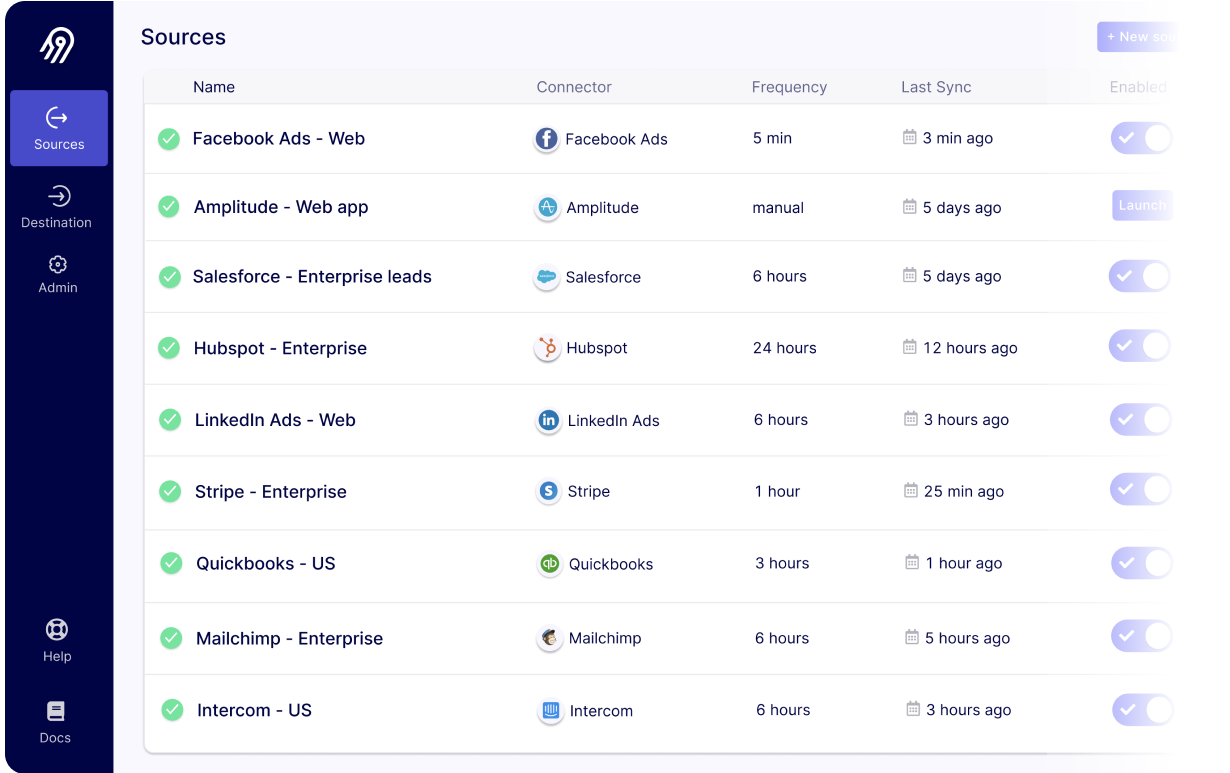 And talking about money, Airbyte also decided to mix up its pricing model a bit with Airbyte Cloud. Instead of volume-based pricing, which used to be somewhat of the norm of these kinds of services, the team decided to opt for charging for the compute time these jobs take.

Ideally, this takes away at least some of the friction that is often associated with these kinds of workloads. Traditionally, the Airbyte team argues, enterprises use multiple systems like Fivetran to connect to the most common API sources and internally developed scripts the data engineering teams build for their one-off use cases — and then a system for database replication on top of that.

“We wanted to really commoditize and solve the data integration problem,” Airbyte COO and co-founder John Lafleur told me when I asked about the pricing model. “The only way to do that is really through an infrastructure-type pricing model, like Snowflake: buy credits, consume these credits based on the hours of compute. At that point, because your database replication throughput is very high, it makes it possible. That’s why we went with compute.”

As Airbyte CEO and co-founder Michel Tricot added, this also means that businesses can now think about pricing for virtually all of their data services in the same compute-centric way.

Currently, Airbyte features about 130 connectors to services that range from consumer products like Instagram to BI systems like Google’s Looker and virtually every major database system. As the team noted, a lot of customers also use Airbyte’s open source code to build their own custom connectors. In addition, there are now also vendors who build connectors for their own customers and the team is looking at how it can incentivize its community to maintain connectors over time through the use of some form of revenue share.