It seems as if retailers and Google are playing a game of chicken about who can leak the most information about the company’s two upcoming flagship phones: the Google Pixel 6 and Google Pixel 6 Pro. Google’s Pixel line of smartphones has traditionally been the flagship of the Android armada for those of us who like our Android operating systems as un-adorned as possible. After a somewhat underwhelming Pixel 5, which meant that the company had a number of mid-range phones and no real flagship to speak of, Google seems to have learned its lesson. With the un-Apple-y approach of leaking its own device a few weeks before launch, all googly eyes are on the duo of upcoming phones.

As the October 19 launch date crawls closer, the pace of information being pushed on the public hasn’t exactly slowed. Over the weekend, U.K. phone store Carphone Warehouse published its sales pages for the two phones. Of course, the retailer yanked the pages as soon as they could, but not before an eagle-eyed leak-hunter snagged some screen shots. In addition, Google has started advertising the yet-to-be-shipped pocket computers in a variety of media, too, presumably in the hope that some doubters will hesitate for long enough before pressing the buy-it-now button on Apple’s recently launched iPhone 13 series. In the advertising and marketing activities, which started all the way back in August, Google is highlighting some of the advantages it has over its Cupertino-conceived cousin, and staking out the competitive landscape.

As you might expect, given that this is where a lot of the smartphone war has shifted its bellicose behavior, the leaked pages heavily focus on the quality of the cameras.

The Google Pixel 6 continues the Android trend of adding computer vision and AI smarts to the photo-taking process but also introduces some top-shelf hardware to the mix. The Pixel 6 reportedly gets a 50mpx wide-angle camera and a 12mpx ultra-wide. The Pixel 6 Pro gets a trio of cameras — two with the same spec as its little brother, and an additional 48mpx telephoto lens. 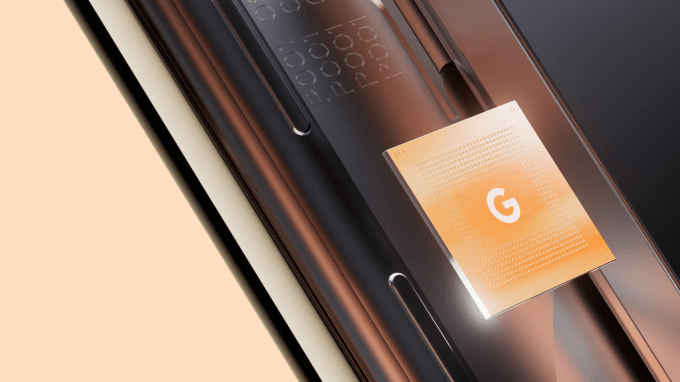 The marketing pages also shed additional light on the claims Google is making about its battery technology. Adaptive battery performance means that the phones’ batteries can charge from flat to 50% charge in just half an hour, and the operating system has a bunch of smarts built-in to further stretch your battery life for those days when you venture too far away from a power socket. The company also highlights high-speed wireless charging for when you’re hanging on without a thread.

With its main competitors making a bigger deal of security, Google joins the fray on that battlefront as well, claiming “more layers of hardware security than any other phone,” reminding users that they are introducing the Titan M2 security chip and a promise of “five years of updates” which will ensure it “gets more secure over time.” It isn’t immediately clear whether this refers to firmware updates or updates of the OS, but it’s encouraging to see Android stand behind its phones even as they age into oblivion.

We expect to learn more about the phones as the launch date crawls closer. We expect preorders to start next week, on October 19.