Senior care can be a sensitive topic as many older people find themselves in situations where they need care, but are not to the point where they need the kind of around-the-clock care provided by nursing homes.

Many older people still want some independence and to retain their dignity as they age and lose the ability to do some of the more basic tasks they were used to handling on their own.

Some of those older people live alone, with their spouse or with other family members. And for those needing in-home care, navigating options can be overwhelming.

Seth Sternberg founded Honor Technology Inc., a startup focused on in-home care for older adults, after selling chat service Meebo to Google for about $100 million in 2012. Sternberg worked at Google for a couple of years before facing some care challenges with his own mother.

“That’s what got me on this idea of ‘how do we help older adults’,” Sternberg recalls. “When you dive on how society cares for older adults, you discover it’s really disorganized, and really fractured. No one knows where to turn. So we founded this space within non medical home care.”

And today, San Francisco-based Honor has announced that it has raised $70 million in Series E funding and $300 million in debt financing, bringing its valuation to over $1.25 billion, which compares to a valuation of $810 million at the time of Honor’s $140 million Series D round of funding in October of 2020.

The funding news comes just two months after Honor revealed it had acquired global home care provider Home Instead in a move that greatly expands its senior care network. It did not reveal the purchase price but in a joint press release issued at the time, Honor said the combined organization “represents more than $2.1 billion in home care services revenue and affirms itself as the largest player in the projected $500 billion home care industry.”

“We chose to take on more debt as growth capital rather than equity,” Sternberg said. “Based on our performance, new size and scale, debt financing is cheaper than equity financing.”

Since its Series D funding round in October of 2020, Honor says it has added hundreds more caregivers — dubbed “Care Pros” —and expanded its care delivery platform to four new states. Its August acquisition of Home Instead, a franchisor of personalized, in-home care services, means that Honor now serves over 100,000 older adults around the world every month, and will be providing more than 80 million hours of care annually, according to Sternberg.

Essentially, the company’s care professionals go into the homes of older adults and help them with ADLs, or activities of daily living, such as bathing, getting dressed and feeding themselves. On average, they spend about 20 hours per week in a client’s home. 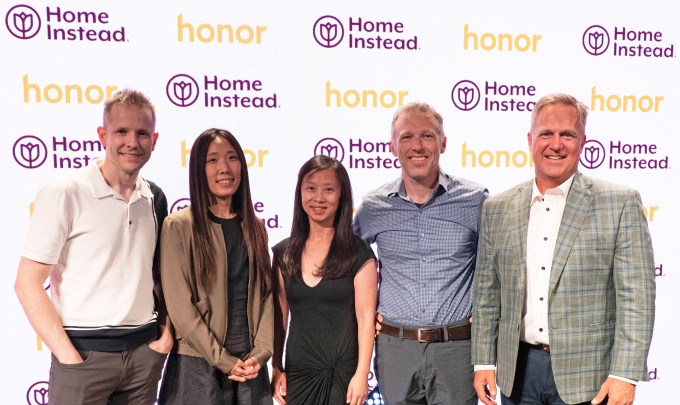 When Honor launched in 2015, it was soon after named a “best startup of the year” at Disrupt amid a time where “no one” had been applying technology to help older adults, Sternberg said.

Honor began with the goal of matching seniors with professionals who could take care of them in their homes while providing family members relevant information needed to help stay on top of their care.

In 2016, the startup shifted its model so that the people providing the care were actual employees, and not just contractors, with benefits. By helping its care professionals feel taken care of themselves, the company hoped to foster more loyalty and continuity of care through decreased turnover.

Prior to acquiring Home Instead, Honor was in select markets and launched into eight states.

“We were going market by market,” Sternberg said. “With us acquiring Home Instead, we are now literally everywhere in the country.”

The company plans to use its new capital to further invest in its technology and expand it across the Home Instead network. It also plans to triple the size of its engineering and product team within the next year, notes Honor co-founder and CTO Sandy Jen.

It’s a huge and highly fragmented market — estimated at over $80 billion annually, and $50 billion in the U.S. alone. 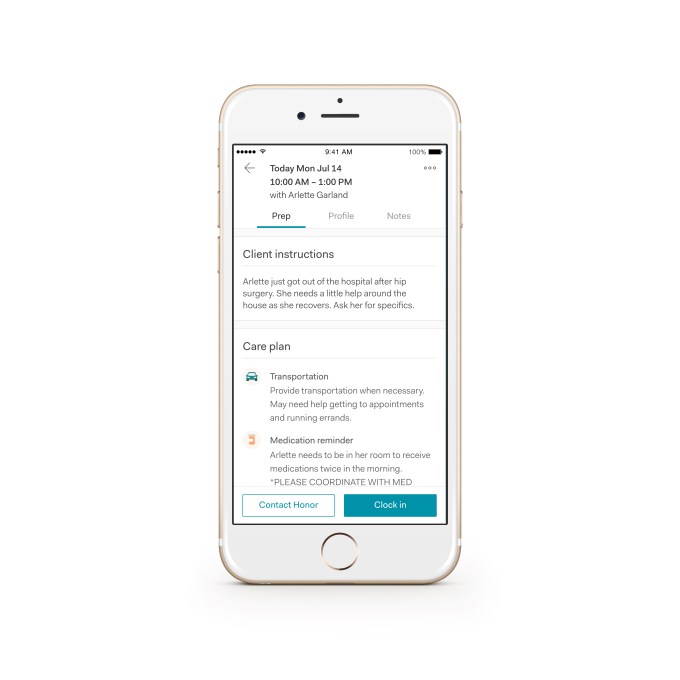 Honor’s platform continues to match “the right caregivers with the right clients” based on a range of personalized factors. It also assists with caregiver recruiting, training, scheduling and performance analysis.

The technology improves as the company scales, according to Sternberg, learning from expanding data points to further optimize performance. This tech-enabled approach strengthens the relationships between professional caregivers and clients while streamlining business operations, centralizing care and reducing turnover — ultimately increasing the ability of Honor and Home Instead to meet rapidly growing demand.

In 2017, Honor started selling its operating system to other home health care agencies — which state they are “powered by Honor.”

Investment researcher Anika Penn of Baillie Gifford believes that so much of the way home care is delivered invites misalignment.

For example, she said, many traditional senior home care options are lacking in transparency.

There are also inefficiencies associated with maintaining paper records of visits or handling manual scheduling that increases lag times for processing, payments and scheduling.

“This adds to the anxiety for everyone involved,” she wrote via email.

Her firm invested in Honor because its technology and operations platform, combined with the reach they now have with the Home Instead network, “brings consistency, trust and excellence to an industry that desperately needs it,” Penn said.