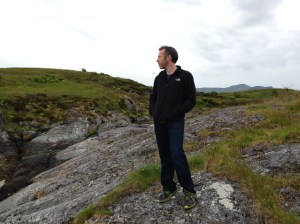 Seth Sternberg, who sold a messaging service to Google for around $100 million, is launching a new startup centered around in-home care — and has raised a ton of money to build it.

Honor, a combination of an online service that connects in-home caregivers, seniors and their families, has raised $20 million from what reads like an A-list of Silicon Valley. The company raised $15 million from Andreessen-Horowitz — Marc Andreessen invested in Meebo when he was working at Ning — and others like Yelp founder and CEO Jeremy Stoppelman, PayPal alumnus and Slide founder Max Levchin (which also sold to Google).

Honor gives seniors what the company calls an Honor Frame, which lets them know who the caregiver is and when he or she is arriving. Caregivers are screened and matched to seniors based on their expertise, and families are shown who took care of their family and what activities they did, as well as how long the caregiver was at the home.

Over the phone while Sternberg was in Contra Costa County piloting the program with about a hundred caregivers, he explained that the idea came to him when he visited his mother in Connecticut.

“I just realized my mom wasn’t quite a good a driver,” he said. “That got me thinking, ‘wow as my mom ages, what am I going to do, how am I going to make sure she’s okay.’ I’m living in California and she’s living in Connecticut — the worst thing would be telling her she needs to move out of her home.”

There’s an industry for people who care for seniors who want to stay in their homes. Honor is not focused on medical care, but rather on caregivers that help them live their lives, such as helping seniors getting out of bed and eating breakfast. But those caregivers, on average, are only paid around $9.50, Sternberg said, whereas Honor would pay caregivers a minimum of $15. Though, to be sure, there are other startups that are also exploring the space, such as CareZapp.

“Notes are being taken on spiral notebooks and left on the kitchen table for the next care provider,” he said. “If you’re doing pen and paper schedules, you can’t have 200 care professionals in your organization, that does not scale. But without 200 care professionals, how will you provide the best care professional to someone who speaks Mandarin, who needs help getting out of bed. It’s hard to find that right person for that senior’s need.”

Sternberg said at Google he learned to work on products that scaled and affected massive groups of people — something he hopes Honor will also do, given the 2 million caregiving professionals he is hoping to enlist, he said. The startup is currently focused on seniors right now because the opportunity is large, but there are certainly other opportunities beyond that.

Sternberg and Andreessen got breakfast (he recalls Andreessen ordered a veggie omelette) and, after walking through the idea, Andreessen was enchanted by it. He would send emails to Sternberg at 2 a.m. with new ideas for the startup. As the conversations progressed and Sternberg was ready to raise money, Andreessen finally sent him a huge check.

The service goes into a beta test later this month in Contra Costa County, and then will expand to San Francisco.