“Every time you actually go to start a company, you start off with this optimism,” said AngelList CEO Avlok Kohli. “You have this idea, you’re super confident, and you want to go do it, and then there is all this mundane stuff that you have to figure out.”

The idea with AngelList Stack is to take some of those mundane and arcane processes of starting a company, and make it simpler, said Kohli, who was a repeat founder before joining AngelList.

The end-to-end incorporation service will help founders figure out the paperwork of actually starting a company, from which state to incorporate in to what kind of business classification to pursue. It will also help founders track and file 83(b) filings, a niche but important document for those with equity that can cost millions in back taxes if done wrong.

By providing a simpler UX for founders, Kohli hopes AngelList can do more than a lawyer consultation when it comes to officially launching a company.

“Lawyers usually view incorporation as a loss leader just to build up a relationship with the founder and work with them in the future, or just to make the paperwork easier,” Kohli said. “But then they stop right there.” AngelList, alternatively, wants to then usher founders into its next tool: banking services.

The banking tool has two parts: deposit accounts with interest and debit cards. Both accounts make it easier for founders to automatically accept wire transfers from investors, which can then blend into AngelList’s new cap table tool. The cap tool will include issuing digital shares, SAFEs, reporting, 409As and employee option grants. 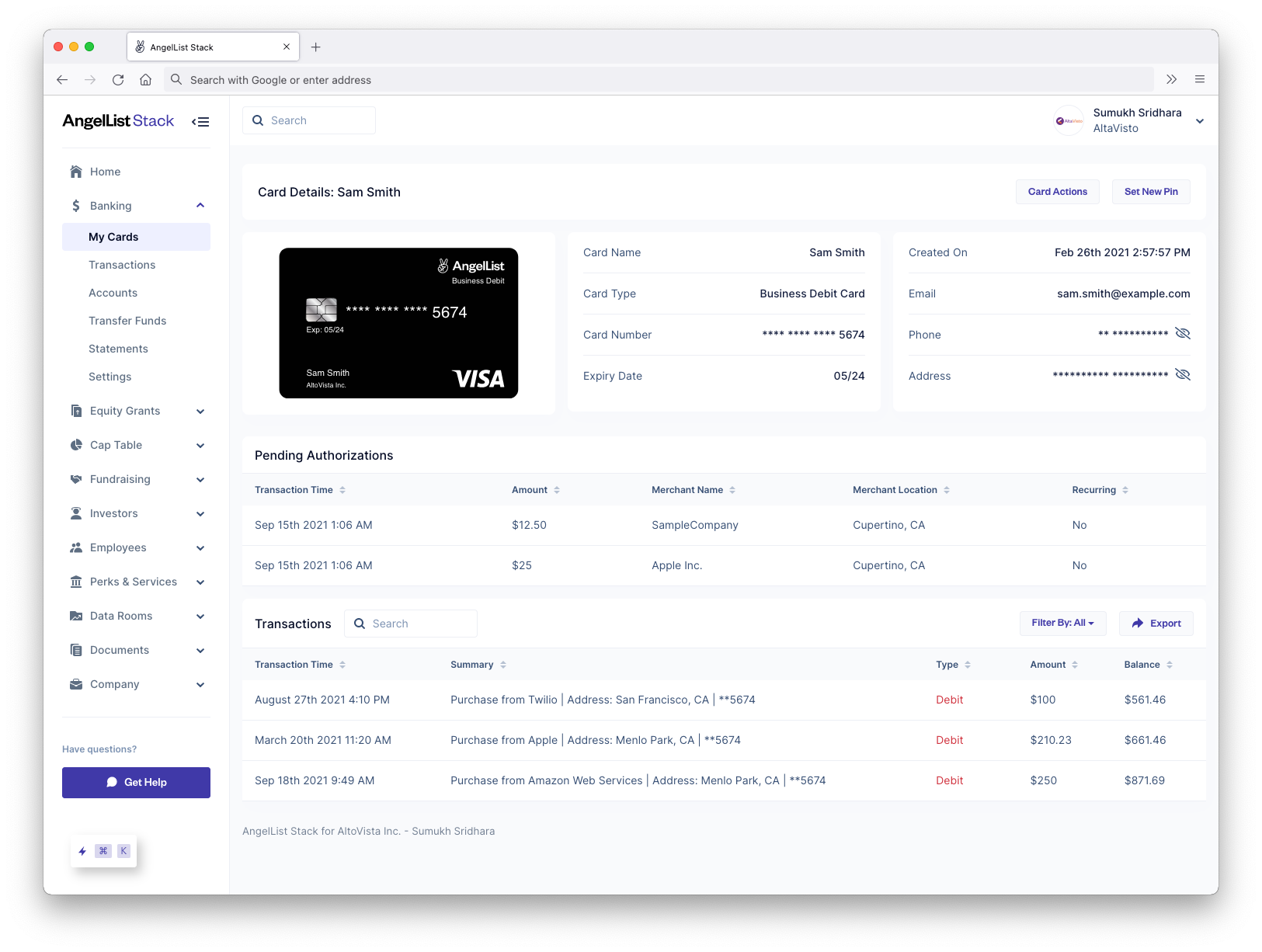 “Founders can raise their first SAFE round entirely on Stack by sending a link to investors to digitally sign the SAFE,” the company said in a statement. “Once the funds arrive in the bank account, investors are automatically added to the cap table.”

AngelList Stack has echoes of Carta, formerly named eShares. While AngelList launched with a focus on angels and venture, Carta broke out with a focus on employees and founders. Over time, both pursued scale with Carta taking over cap table land, and AngelList taking over syndicates and fund operations. As both companies mature, they are overlapping in their vision to be an end-to-end stack for venture and startups.

AngelList, comparatively, is a smaller organization than Carta with only $26.2 million to date, per Crunchbase. While the ability to raise capital doesn’t necessarily illustrate the ability of a company to be successful, it can give the startup runway when its customers — other startups — face volatility. Both companies had layoffs amid the early innings of the COVID-19 pandemic. For signals of how much has changed since, AngelList said that it has nearly doubled its staff to 95 people over the past year to keep up with its product roadmap; and Carta recently valued its own cap table management and valuation service at $7.4 billion. 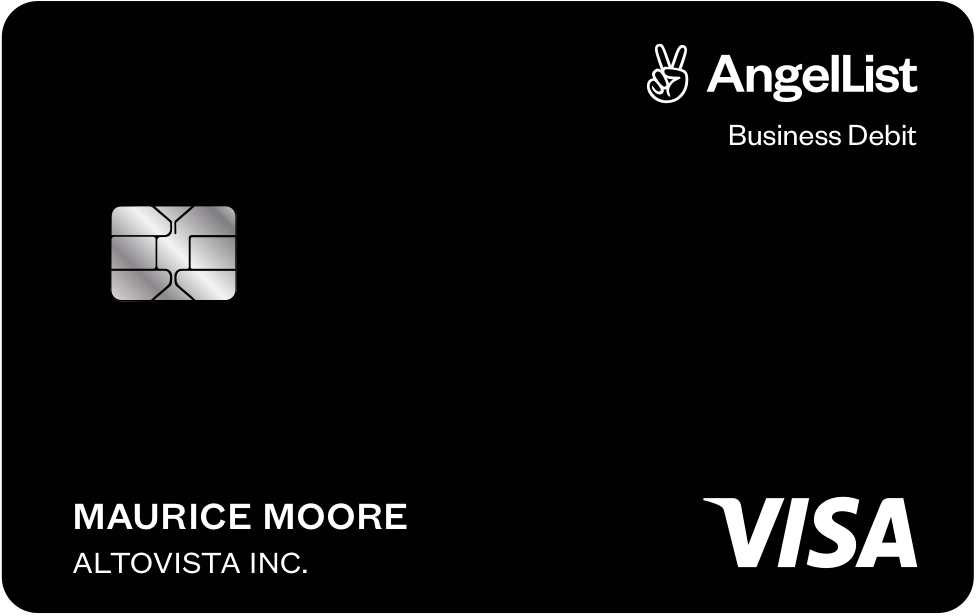 “There are a lot of experiments around point solutions, around solving different problems for different point problems for founders,” Kohli said, in reference to other competitors. “Our view is that founders prefer always being integrated into one bundle.”

At launch, AngelList Stack services are free but AngelList will eventually monetize through SaaS management fees, or through transaction fees on its financial tooling.

Platform plays aren’t new to AngelList. Last year, the startup pioneered rolling funds, an investment vehicle that raises money through a quarterly subscription from interested investors. The early traction of that product inspired the firm to pivot to focus more on venture SaaS more broadly.

AngelList is pursuing a similar strategy when it comes to founders. It piloted roll-up vehicles, which allow founders to raise capital from up to 250 accredited investors with a single line on the cap table, and is now expanding into more services. In other words, AngelList appears to be unbundling venture, and rebundling founder services.

While some could argue that connecting funders to founders feels like a natural synergy for AngelList to pursue, Kohli explained that the startup has no plans to become a fundraising marketplace such as Hum Capital or ClearCo.

“Our view is that the market is quite efficient, and we can’t offer an experience that is much better than what is happening today,” he said. Ironically, this call is a step away from what AngelList initially launched to do, which was to connect angel investors to entrepreneurs. As it pivots to work on more support SaaS tooling, AngelList is a very different company that it was 10, or even five years ago.

In the past, Kohli has described the power of AngelList as its capital network. Today’s launch illustrates a broader push to make AngelList a capital and creator network. The decade-old company has worked on a rebrand. AngelList.com recently rebranded to include solely AngelList Venture and rolling funds. Talent and Product Hunt, two of AngelList’s other offerings, moved to separate websites and continue operating as independent entities.