When AngelList first launched rolling funds, an investment vehicle that raises money through a quarterly subscription from interested investors, the company looked at it as a bet. But early interest from emerging fund managers indicates that rolling funds might be more of the future of the company, according to AngelList CEO Avlok Kohli.

“Rolling funds are what venture fund structures would look like if they were built in the age of software,” Kohli told TechCrunch.

Since February, about 70 rolling funds have been created and managed using AngelList. The company estimates hundreds of new funds will be generated by the end of 2020. For comparison, one report says that 282 institutional funds were closed in 2019. AngelList’s data shows promising activity, although it remains unclear how much capital has been raised through the new investment vehicle.

What are rolling funds?

Before you understand rolling funds, you need a high-level understanding of traditional venture capital funds. Traditional funds are closed through a “months long process” fully behind closed doors. A fund manager will go to multiple LPs, such as family offices, high-net-worth individuals, colleges and universities, or other investment firms, to raise a minimum capital commitment.

Once the first tranche of the fund is raised, a fund manager can publicly announce it and start investing in startups. Because funds are usually invested with a 10-year return cycle, it keeps LPs and investors legally bound for a decade (and the money flowing until the capital commitment is closed).

Rolling funds were created as a potential path for emerging venture capitalists to start and close their first funds in a faster fashion. Fund managers raise new capital commitments on a quarterly basis and invest as they go, ergo “rolling” investment vehicles. Investors come on for a minimum one-year commitment, then invest at a quarterly cadence. The flexibility could allow LPs to bet on new fund managers, and new fund managers to bet on more diverse LPs.

$700k committed in less than 24hrs, and Ive never met any of these people in real life! @naval @avlok look what you've created.

The demand was there, you removed the friction. https://t.co/JHJSw4zoqq pic.twitter.com/CjxgCafDru

All this flexibility could come with a cost. The rolling fund structure can be a bit volatile because limited partners have to “re-up” their investments on a quarterly basis. In a worst case scenario, an LP could drop out on a whim with no repercussions. With traditional funds, LPs are legally obliged to stay through the end of a fund or just write off their investment entirely.

Unlike traditional fund managers, rolling fund managers can be public about their fundraising activity due to an SEC regulation, 506(c). While legal, public solicitation by these new fund managers have rattled traditional VCs, who are used to a ban on marketing a new fund until after it is closed.

The way that AngelList is externally approaching rolling funds is similar to how it approaches angel investing and syndicates: it wraps things up in a pretty bow and gives people a place to talk about and access deals. The company recently created a page where it lists the names of rolling funds on its platform to further transparency.

Because AngelList views transparency as a core tenet, it makes sense that the first rolling funds have been created by a generation of operators and founders who build in public. The cohort of rolling fund managers includes Gumroad founder Sahil Lavingia, seed investor Cindy Bi, Andela and Flutterwave co-founder Iyinoluwa Aboyeji and creator of Mcjpod, Jason Jacobs.

The four mentioned above did a seminar in early September (linked here) to talk about why they created their own rolling funds. A general consensus emerged that for the next generation of founders, it pays in terms of reputation, deal flow and access of capital to build in public.

But another detail, also addressed during the seminar, is that the rolling fund managers all had blaringly strong networks, the kind that could easily be used to close a traditional fund. Lavingia closed his $7 million fund in less than two months.

That dynamic throws into question if rolling funds are somewhat limited to only helping an emerging generation of fund managers who are already well-networked and well-resourced. After all, the very idea of a quarterly subscription means that a fund manager has enough charisma, resources and returns to convince LPs to invest consistently.

Kohli sees AngelList’s progress over a short time span as a powerful enough signal to prioritize the new product as a flagship offering. In fact, it sees itself becoming a SaaS company.

Here’s why that comparison actually makes sense: All of the rolling funds on AngelList are essentially the company’s customers. It charges a fee per customer to handle logistics.

However, unlike a traditional SaaS company, AngelList is an LP in a number of rolling funds and makes money the same way a traditional venture fund does. To limit unfair advantage, the AngelList team that invests in funds is separate from the team that helps manage and create funds.

AngelList declined to share the number of rolling funds it has anchored through a direct investment.

Despite rolling funds getting momentum, the structure isn’t competing with traditional Series A or Series B firms just yet.

“We view that rolling funds are going to be a very big part of the venture, and will be side by side with traditional funds,” Kohli said. “In the early stages, pre-seed and seed, you’re going to see a lot of rolling funds.”

In addition, AngelList.com is rebranding to include solely AngelList Venture and rolling funds. Talent and Product Hunt, two of AngelList’s other offerings, will move to separate websites and continue operating as independent entities. 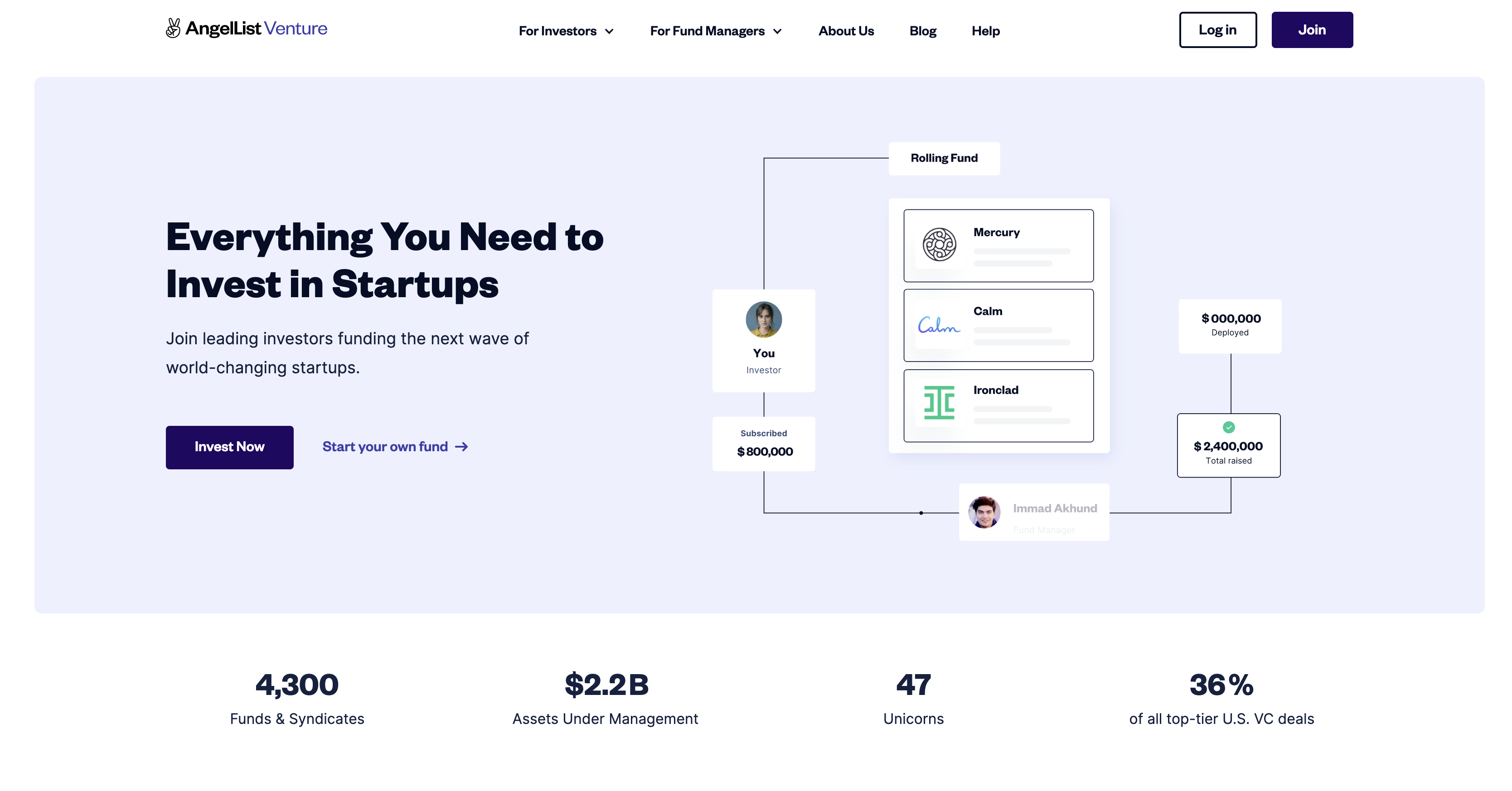 In April, AngelList confirmed that it laid off a number of staff. TechCrunch learned that the layoffs largely impacted the company’s talent arm. Kohli emphasizes that the two products will continue to live on, and says the rebranding has been in motion since January.