There’s a lot of value in waste; just ask metals processing company Nth Cycle, which has developed a technology to help mining and recycling companies recover every bit of critical minerals from their operations.

The company calls its technology “electro-extraction,” and Nth Cycle’s founder and CEO Megan O’Connor likened it to a water filter in a recent interview with TechCrunch. “We found a way to electrify that,” she explained. “We push an electrical current across that filter, and that electricity that we push across is how we can selectively remove the metals of interest.”

Currently, all signs suggest that metal recovery and recycling will be key to electrifying the economy, especially as so many zero-emission technologies rely on critical minerals: lithium, cobalt, nickel and manganese, which exist in varying but ultimately finite amounts in the natural environment.

To solve this issue, Nth Cycle has developed an electro-extraction system that stands at less than 1,000 square feet and can process five tons of material per day — a key differentiator from big, traditional recyclers that use hydro- and pyrometallurgical techniques that require more capital and generate a greater footprint. The system can accept “black mass,” a powdery waste substance that’s generated from the battery recycling process, and turn that waste into valuable minerals like nickel, cobalt and manganese.

On the mining front, Nth Cycle can work at the front or back end of the mining process, either helping companies extract value out of sites that are low grade, meaning they have relatively low metal content. It could help mine operators potentially unlock a huge amount of untapped minerals.

“We’re looking at a lot of the untapped resources we have here in North America, because we have all of the materials we need for the energy transition, we just don’t have a way to mine them sustainably yet.”

Nth Cycle’s modular unit can also process tailings, or waste from mining operations, and can collect up to 30% of metals that were not extracted in the original mining process.

Once commercialized, Nth Cycle plans to own and operate the units, with its customers owning any of the product that’s recovered.

O’Connor said she sees companies like battery recyclers Redwood Materials and Li-Cycle as partners rather than competitors, because Nth Cycle isn’t in the business of collecting batteries, as well as processing them. 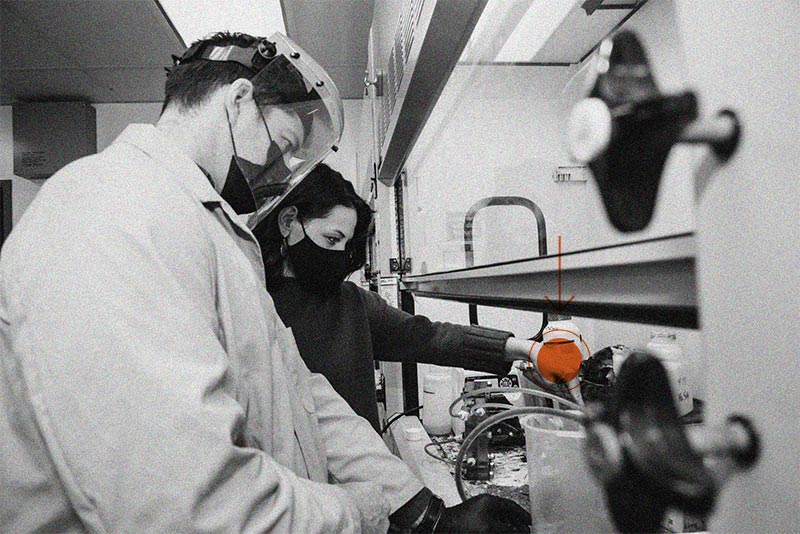 “We’re really only innovating on the chemical recycling side of things,” she said. “We’re really trying to create a much more efficient way to pull these metals out of black mass. We’re not trying to compete to collect batteries like the other folks in the face. We’re not on the logistics side.”

The company’s approach is also much lighter on the capital expenditure side. Hydro- and pyrometallurgical facilities can cost millions of dollars to construct, a cost that simply isn’t feasible for a lot of waste collectors. Nor is it always workable for waste collectors and mining companies to ship the waste to recyclers, O’Connor said, especially if it’s low-grade material.

“For the vast majority of distributed waste, it’s not feasible to ship it to those centralized [recycling] facilities,” she said.

Nth Cycle was founded exactly one day after O’Connor defended her dissertation in environmental engineering at Duke University. “We actually sat at a bar in Boston, had a beer over it, and the next day I signed up online to become an LLC,” she said. “We’ve been working to commercialize ever since.”

Following her Ph.D., she was an entrepreneurial fellow at Oak Ridge National Laboratory’s Innovation Crossroads, a two-year program for energy and advanced manufacturing entrepreneurs working on novel technologies. There, she received $500,000 in funding to scale the technology and prepare it for demonstration to private funders.

Looking ahead, the company will be announcing several deals for full commercial scale units and is aiming to close its Series A over the next few months. Thus far, the company has raised $1.25 million in non-dilutive grants and $3.2 million in seed funding from climate tech VC firm Clean Energy Ventures.