The first all-civilian crew in history has made it to space.

The reusable first stage of the Falcon 9 rocket executed two burns in its journey back to Earth, landing vertically on the SpaceX droneship “Just Read the Instructions” around 9-and-a-half minutes after launch. Dragon separated from the second stage at 8:16 EDT p.m.

The four-person crew will be spending time in orbit in a SpaceX Crew Dragon capsule, which was affixed to a Falcon 9 rocket. (It’s the second journey for this particular Dragon and the third journey for the Falcon 9 first stage.) They’ll ascend to an altitude of around 575 kilometers — the highest that any humans have gone since the last Hubble telescope servicing mission in 2009. That altitude is above the current orbit of the Hubble and the International Space Station, so they’ll be flying over every other human in space, too.

The crew will be going around the earth about 15 times each day they’re in space. While they’re up there, they’ll be able to view outer space from a transparent observation dome “cupola” that was affixed to Crew Dragon’s nose cone especially for this flight. It’s the largest continuous window to ever be in space. It won’t all be space tourism, however; the Inspiration4 is also ferrying a number of science experiments to orbit, including research to learn more about the impact of spaceflight on the human body. The research subjects will be the crew collect as they biomedical data and biological samples from themselves before, during and after the flight.

Nowadays, no private space mission is complete without a requisite billionaire, and Inspiration4 has one of those, too: the mission commander and man who fronted the bill, Jared Isaacman, who earned his fortune from his payment processing company Shift4 Payments. It must be said, however, that the remaining crew members, while clearly extremely talented and uncommonly brave, are refreshingly normal. They include physician assistant Hayley Arceneaux; geoscientist and science education doctorate Sian Proctor; and Lockheed Martin engineer Chris Sembroski.

The Inspiration4 crew admiring the Falcon 9 rocket on Launch Pad 39A. Image Credits: SpaceX (opens in a new window)

The mission will be raising money for St. Jude Research Hospital (Sembroski was selected from nearly 72,000 donations to the St. Jude fundraising campaign). The crew aimed to raise $200 million in total; $100 million was donated by Isaacman and the mission far exceeded its goal prior to launch, hitting nearly $300 million at the time of launch.

To prepare for the mission, which is significantly longer than any other recent spaceflight featuring civilians, the crew undertook hundreds of hours of training, including 12- and 30-hour flight simulations in a replica Dragon capsule and climbing Washington State’s Mount Rainier in May.

SpaceX CEO Elon Musk was at Kennedy Space Center to see the crew off, and in true Muskian style the crew also travelled to the launch tower in two Model Xs (wearing custom SpaceX spacesuits). While NASA’s involvement in the mission was relatively nominal, beyond providing some services and equipment worth around $1 million, the agency has played a key role in bringing SpaceX to the place of supremacy it is today. SpaceX was awarded $2.6 billion from NASA in 2014 to develop Crew Dragon, under its Commercial Crew program.

It’s a major milestone for SpaceX, the largest and most profitable launch company in the world. This launch is also notably different than those undertaken by Jeff Bezos and Richard Branson in recent months — though I know the similarities are compelling — because the crew will be going higher and for longer than the Blue Origin or Virgin Galactic missions. But all three companies have a goal of making spaceflight “evolve toward an airline-like model,” as SpaceX senior director of human spaceflight Benji Reed put it yesterday.

“Ultimately, we want to make life multiplanetary, and that means putting millions of people in space,” he said. “The long-term vision is that spaceflight becomes airline-like [in that] you buy a ticket and you go.”

Even this year, SpaceX will be conducting more crewed missions (though none with an all-civilian crew). A Falcon 9 will be ferrying astronauts to ISS later this year, and at the beginning of next year will be the first commercial Axiom mission, also to the space station. “The Dragon manifest is getting busier by the moment,” he added.

If all goes as planned, we’ll be seeing the Inspiration4 crew in three days, when they’ll splash down back to Earth in either the Gulf or the Atlantic Ocean off the coast of Florida. Weather is critical here, too: “We look at not only the launch weather but we have to look at the return weather [ … ] when we come home in just three or four days from now,” Reed explained during a starry-eyed (no pun intended) press briefing Tuesday.

While the crew is in orbit, you can listen to a curated playlist by Inspiration4’s very own Sembroski (who plans to play a ukulele in space). 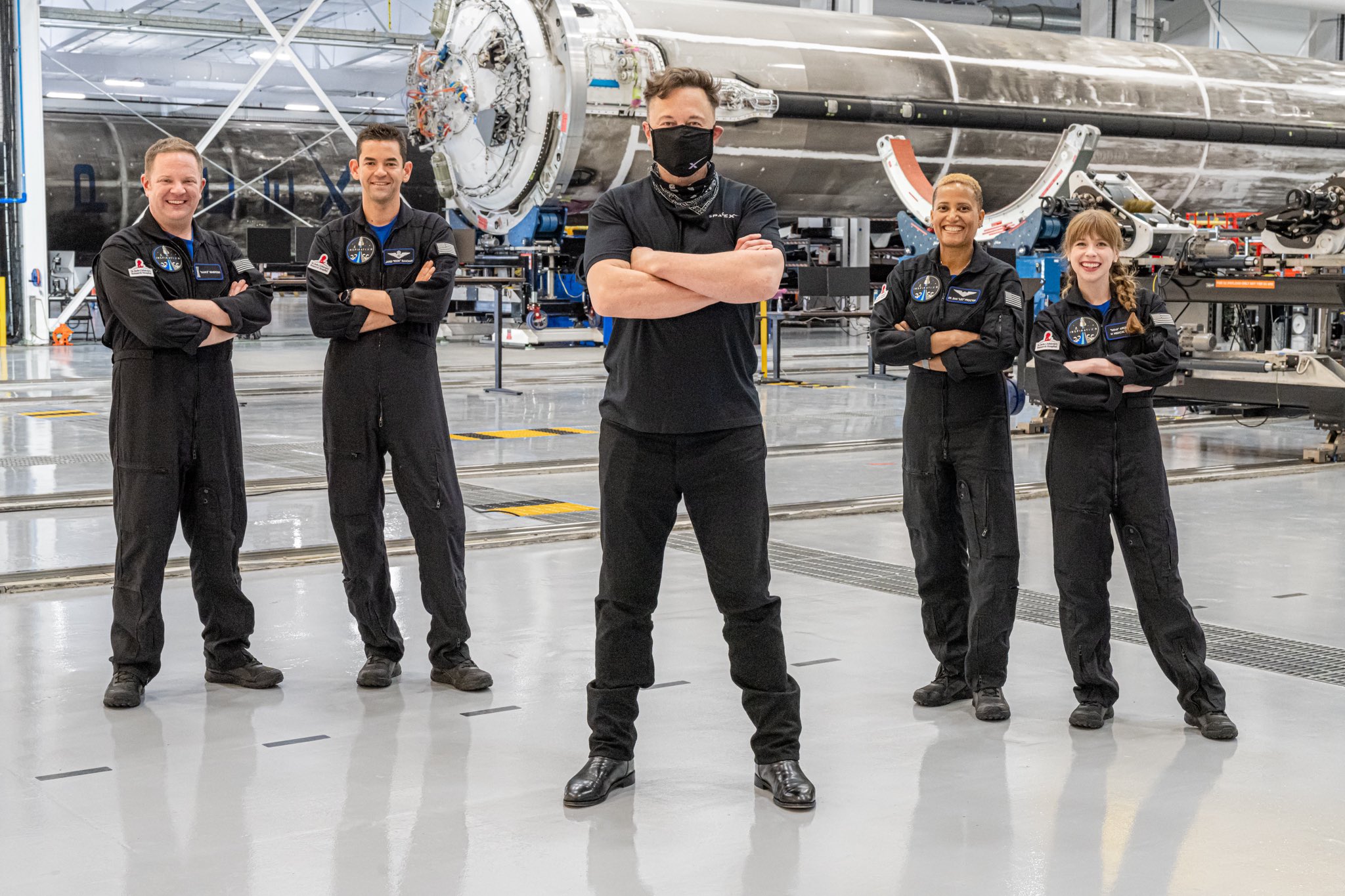