Lucas is still out for a few more days, so I’m filling in for him again on this week’s Week In Review. To recap: I’m Greg. I started at TC back when deciding who to put in your MySpace Top 8 was a very serious matter and being able to summon an Uber with a button press made people think you were a wizard from the future.

Before we dive into the news you might’ve missed this week, a heads up! Brian Heater’s much-loved robotics recap is becoming a weekly newsletter and getting a fancy new name: Actuator. The official launch date is still kind of up in the air, but you can already sign up for it right here.

And now, the news you might’ve missed this week.

Whether or not you’ve ever dabbled with Unity, you’ve almost certainly interacted with something built with Unity. It’s the 2D/3D engine that powers so, so many of the video games out there, regardless of what console or platform we’re talking about. Studios use it to make animated movies. Automakers use it to help design cars.

This week Unity announced its intent to make a big acquisition — its biggest to date, in fact — with the $320M purchase of Parsec. And while one company buying another is hardly rare news around these parts, a Unity Senior Vice President suggests that it could be the beginning of a bigger shift for the co.

So what’s a Parsec? Besides a unit of measurement that Star Wars fans love to argue about.

Parsec started its life as a way to stream games from your powerful PC to your less powerful devices — or to your far away friends, allowing for long-distance multiplayer in games that otherwise didn’t support it. And it still works for that!

Unity to acquire Parsec in its biggest acquisition to date

When the pandemic booted everyone out of the office, though, the company found that many of the features it had built for playing games remotely (like low latency streaming, support for input devices beyond keyboard/mouse, etc.) were also super important to the folks building games remotely. They embraced that newfound audience hard, quickly rolling out plans and features just for creative teams. The shift worked out well for them; the company went from raising $25M to being acquired for nearly 13x that in less than a year.

According to Unity SVP Marc Whitten, this is the beginning of Unity diving deeper into the cloud.

“I think you’re gonna see that Parsec is a great foundational block for a broad sort of cloud ambition that we have as a company,” he says. “You’re going to see a lot more from us in that particular regards.”

Even only considering what Parsec immediately brings to the table, there’s multiple potential paths to the cloud here. They could use Parsec to help Unity developers more easily add multiplayer to their games; they could use it to build a Stadia/Amazon Luna-style game streaming service that showcases Unity-powered games sans downloads; they could use it to offer up beefier hardware-in-the-cloud rentals to help smaller studios iterate more quickly or test on a wider range of devices.

Oh, and if you’re one of those aforementioned people using Parsec to game with friends from afar, don’t stress: The company says its free app isn’t going anywhere.

If you’re an Extra Crunch member, check out Eric Peckham’s deep dive on the rise of Unity here.

The book written about the evolution of Fortnite will be a wild one. It began its life as a moderately popular tower defense game. When it shifted gears into a free-to-play Battle Royale game, it exploded into one of the biggest games the world has ever seen. Now it’s a remarkable example of how a game can be a place, and what can be when a developer has absolute control over their game engine and might-as-well-be-endless money to throw into content creation. Example #2,138,413: this in-game Ariana Grande “concert” in which players dogfight a demon, ride rainbows, and dance alongside a skyscraper-sized Ariana. The YouTube replay alone has already been seen by millions.

Twitter overhauled its website this week… and, as it tends to go when you change the look/feel of a popular thing, there was some user backlash. This time it went beyond the usual “I don’t like the radius of the rounded corners” complaints, though, with some users complaining that the new font Twitter chose gave them headaches.

Last week Apple announced that it would be rolling out a set of features meant to keep kids safe: One alerting parents if a minor is sending or receiving explicit images over iMessage, and another that would automatically compare generated hashes of iCloud Photos to detect and flag users who were storing known child abuse images. While protecting kids is undeniably and universally a good thing, security researchers have raised concerns about the potential for misuse by governments to scan for things beyond abuse imagery. It’s said to have caused a bit of a dustup within Apple, with “more than 800 messages” of back-and-forth posted by employees on the company’s internal Slack. The company has spent the last few days trying to clarify how the features will work, with Apple’s Craig Federighi admitting that it “got jumbled pretty badly in terms of how things were understood”. Read our interview with Apple’s head of Privacy here.

Boston Dynamics’ Spot is no longer the only creepy dystopian robot dog in town. This week Xiaomi announced CyberDog, a four-legged bot meant to flex the company’s robo knowledge and serve as a platform for developers to build upon. Xiaomi says they’ll be selling them for around $1,500, with a catch: they’re only making a thousand of these, initially, and they’re only selling them to select “Xiaomi fans, engineers, and robotics enthusiasts.”

Lowercarbon Capital, the climate-focused fund run by Chris and Crystal Sacca, raised $800M to pour into companies that are taking on the climate crisis. “It turns out that raising for a climate fund in the context of an unprecedented heatwave and from behind the thick clouds of fire smoke probably didn’t hurt,” writes Sacca. Can tech save the planet? TBD. But continuing to do nothing definitely won’t.

If your phone was shouting about a test of the National Wireless Emergency System earlier this week, don’t panic: It was, in fact, just a test. Didn’t get it? Don’t panic about that, either — the test system is opt-in. If there’s an actual test, everyone will get it. Hopefully. 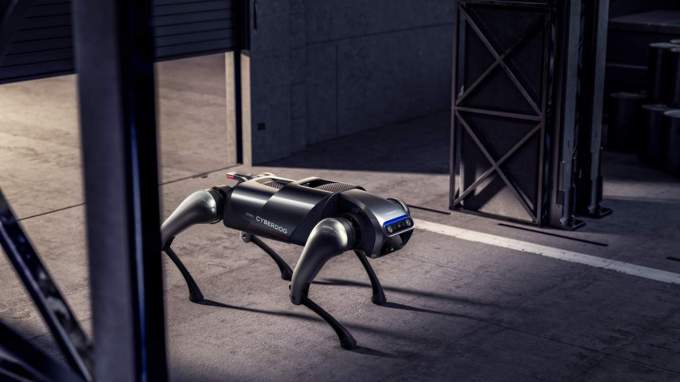 Is your company trying to drag everyone back into the office sooner than you’d like? Maybe send’em this article from Insightly COO Karl Laughton, outlining some of the findings and data-driven upsides the company has seen since going remote.

You’ve found the perfect job candidate and want to make an offer, but there’s a catch: they need an EB-2 green card, and another company has already started the sponsoring process. Can you make it work? It depends. In the latest edition of Dear Sophie, Immigration attorney Sophie Alcorn breaks down the EB-2 process and potential snags.