Did you hear it? FEMA just ran its first nationwide test of the U.S. emergency alert system since the pandemic.

The Federal Emergency Management Agency, or FEMA, tested both the Emergency Alert System (EAS), which broadcasts an emergency tone and message on televisions and radios, and the Wireless Emergency Alerts (WEA), a newer system that sends emergency notifications to smartphones. This was the second nationwide test of the WEA after its debut in 2018, and the first test for all U.S. cell phones of users who chose to opt-in to receive test alerts.

The test began around 2:20 p.m. ET. If you opted-in to the test, you likely got a message on your phone that said: “THIS IS A TEST of the National Wireless Emergency Alert System. No action is needed.” (The FCC explains how to opt-in to test alerts.)

For the first time, the WEA test sent the same test message in Spanish to phones that have Spanish set as the default language. 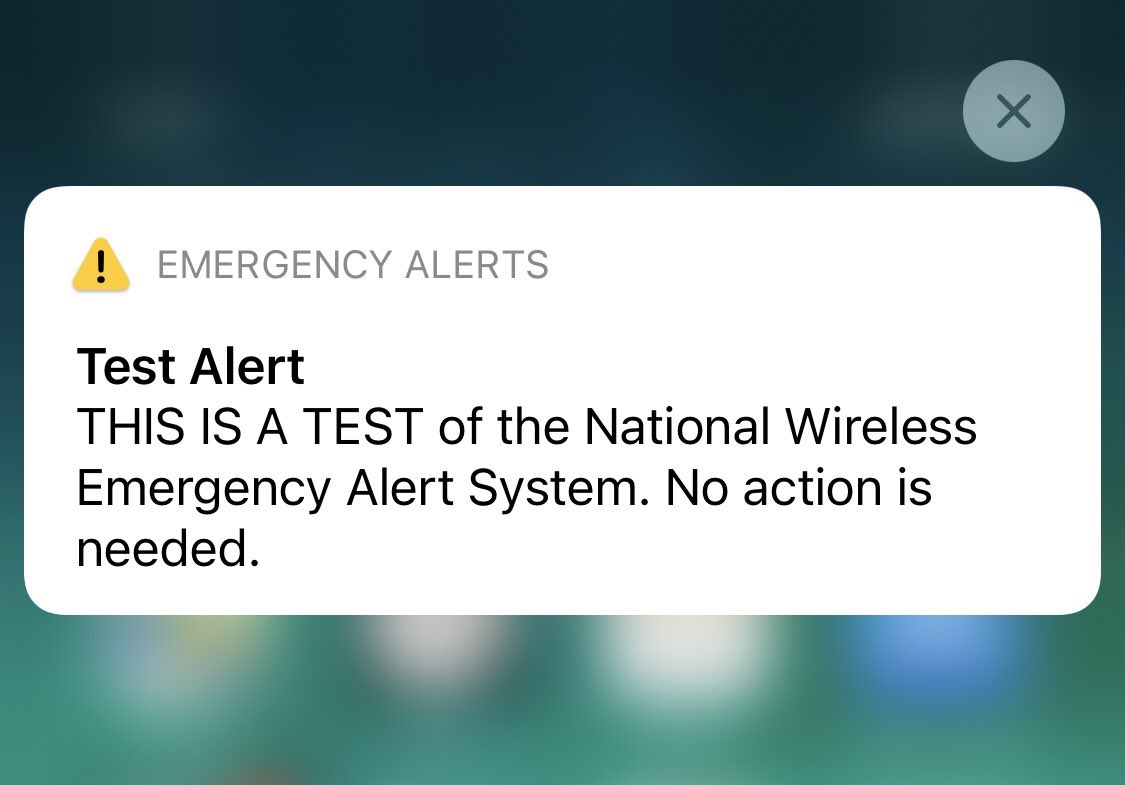 This is what the test WEA emergency alert looks like. Image Credits: WA Emergency Management (opens in a new window)

Since the last nationwide test in 2019, FEMA said it has improved WEA to send longer, detailed messages to the majority of phones that support it. The update also allows authorities to include tappable links, like web addresses.

FEMA runs these tests every year or two to ensure the system is working properly. It’s no small task: A national emergency alert system designed to broadcast the same message to potentially hundreds of millions of people at any given time is fraught with technological hurdles that require close co-operation from the cell carriers and broadcast networks.

The EAS system has been around since the late 1990s, but WEA was developed more recently as more Americans rely on their phones. WEA alerts, like EAS alerts, are designed to be sent by local and state authorities for public safety alerts, missing children and imminent threats, such as severe weather. More recently, FEMA rolled out “presidential alerts,” which are supposed to be sent to every phone in the U.S. in the event of a national emergency. Presidential alerts, unlike other alerts, can be issued by the sitting president for any reason, and Americans cannot opt out.

WEA broadcasts emergency notifications through the cell towers of an affected area — such as an area about to be hit by a storm — rather than sending tens of millions of text messages, which would grind the cell networks to a halt. The alerts are created by local, state or federal authorities and are authenticated by FEMA through the Integrated Public Alert & Warning System, or IPAWS, and then passed to cell carriers to deliver the emergency alert.

The emergency alert system, though, is far from perfect. In 2018, an erroneous alert sent to Hawaii residents warned of an imminent ballistic missile threat,” and that “this is not a drill.” Minutes later, the alert was canceled. The false warning came as tensions between the U.S. and North Korea were at an all-time high, during which Pyongyang was regularly test-firing rockets used for its nuclear weapons program.

Security experts have also long warned that the EAS systems pose security risks. Last year, researchers found dozens of internet-connected, special-purpose servers used by television and radio stations to interrupt their broadcasts to relay an emergency alert, which they said could allow a hacker to break in and compromise the servers.