Medal.tv, a short-form video clipping service and social network for gamers, is entering the livestreaming market with the acquisition of Rawa.tv, a Twitch rival based in Dubai, which had raised around $1 million to date. The seven-figure, all-cash deal will see two of Rawa’s founders, Raya Dadah and Phil Jammal, now joining Medal, and further integrations between the two platforms going forward.

The Middle East and North African region (MENA) is one of the fastest-growing markets in gaming and still one that’s mostly un-catered to, explained Medal.tv CEO Pim de Witte, as to his company’s interest in Rawa.

“Most companies that target that market don’t really understand the nuances and try to replicate existing Western or Far-Eastern models that are doomed to fail,” he said. “Absorbing a local team will increase Medal’s chances of success here. Overall, we believe that MENA is an underserved market without a clear leader in the livestreaming space, and Rawa brings to Medal the local market expertise that we need to capitalize on this opportunity,” de Witte added.

Medal.tv’s community had been asking for the ability to do livestreaming for some time, the exec also noted, but the technology would have been too expensive for the startup to build using off-the-shelf services at its scale, de Witte said.

“People increasingly connect around live and real-time experiences, and this is something our platform has lacked to date,” he noted.

But Rawa, as the first livestreaming platform dedicated to Arab gaming, had built out its own proprietary live and network streaming technology that’s now used in all its products. That technology is now coming to Medal.tv. 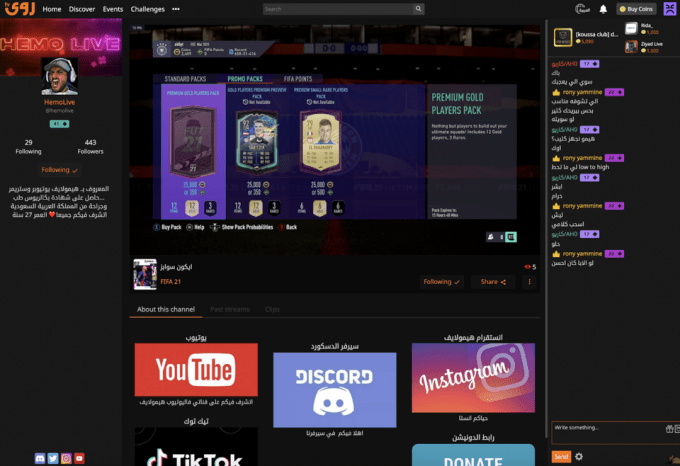 The two companies were already connected before today, as Rawa users have been able to upload their gaming clips to Medal.tv, and some Rawa partners had joined Medal’s skilled player program. Going forward, Rawa will continue to operate as a separate platform, but it will become more tightly integrated with Medal, the company says. Currently, Rawa sees around 100,000 active users on its service.

The remaining Rawa team will continue to operate the livestreaming platform under co-founder Jammal’s leadership following the deal’s close, and the Rawa HQ will remain based in Dubai. However, Rawa’s employees have been working remotely since the start of the pandemic, and it’s unclear if that will change in the future, given the uncertainty of COVID-19’s spread.

Medal.tv detailed its further plans for Rawa on its site, where the company explained it doesn’t aim to build a “general-purpose” livestreaming platform where the majority of viewers don’t pay — a call-out that clearly seems aimed at Twitch. Instead, it says it will focus on matching content with viewers who would be interested in subscribing to the creators. This addresses one of the challenges that has faced larger platforms like Twitch in the past, where it’s been difficult for smaller streamers to get off the ground.

The company also said it will remain narrowly focused on serving the gaming community as opposed to venturing into non-gaming content, as others have done. Again, this differentiates itself from Twitch which, over the years, expanded into vlogs and even streaming old TV shows. And it’s much different from YouTube or Facebook Watch, where gaming is only a subcategory of a broader video network.

The acquisition follows Medal.tv’s $9 million Series A led by Horizons Ventures in 2019, after the startup had grown to 5 million registered users and “hundreds of thousands” of daily active users. Today, the company says over 200,000 people create content every day on Medal, and 3 million users are actively viewing that content every month.