Twitter announced today it’s partnering with news organizations The Associated Press (AP) and Reuters to expand its efforts focused on highlighting reliable news and information on its platform. Through the new agreements, Twitter’s Curation team will be able to leverage the expertise of the partnered organizations to add more context to the news and trends that circulate across Twitter, as well as aid with the company’s use of public service announcements during high-visibility events, misinformation labels and more.

Currently, the Curation team works to add additional information to content that includes Top Trends and other news on Twitter’s Explore tab. The team is also involved with how certain search results are ranked, to ensure that content from high-quality searches appear at the top of search results when certain keywords or hashtags are searched for on Twitter.

The team may also be involved with the prompts that appear in the Explore tab on the Home Timeline related to major events, like public health emergencies (such as the pandemic) or other events, like elections. And they may help with the misinformation labels that appear on tweets that are allowed to remain visible on Twitter, but are labeled with informative context from authoritative sources. These include tweets that violate Twitter’s rules around manipulated media, election integrity, or COVID-19.

However, the team operates separately from Twitter’s Trust and Safety team, which determines when tweets violate Twitter’s guidelines and punitive action, like removal or bans, must be taken, Twitter confirmed that neither the AP nor Reuters will be involved in those sorts of enforcement decisions. 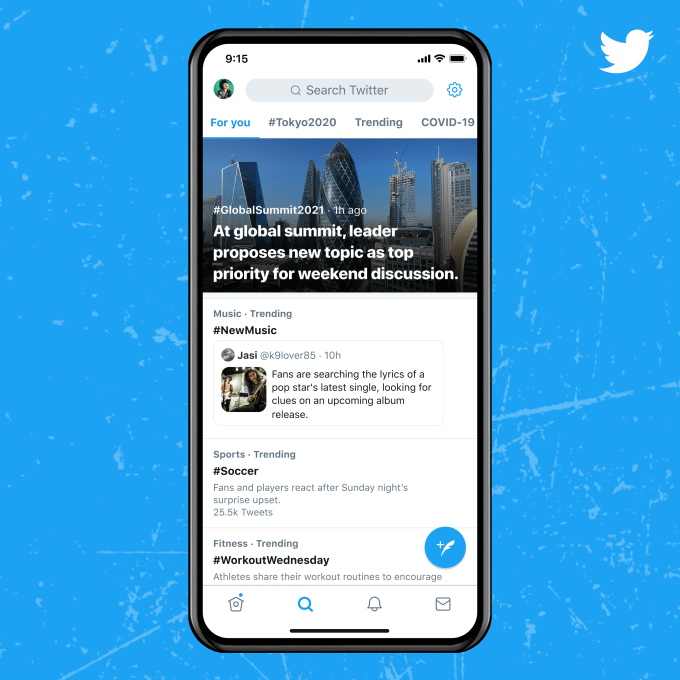 By working more directly with AP and Reuters, who also partner with Facebook on fact checks, Twitter says it will be able to increase the speed and scale to which it’s able to add this additional information to tweets and elsewhere on its platform. In particular, that means in times where news is breaking and when facts are in dispute as a story emerges, Twitter’s own team will be able to quickly turn to these more trusted sources to improve how contextual information is added to the conversations taking place on Twitter.

This could also be useful in stopping misinformation from going viral, instead of waiting until after the fact to correct misleading tweets.

The work will see the Curation team working with the news organizations not just to add context to stories and conversations, but also to help identify which stories need context added, Twitter told us. This added context could appear in many different places on Twitter, including on tweets, search, in Explore, and in curated selections, called Twitter Moments.

Twitter has often struggled with handling misinformation on its platform due its real-time nature and use by high-profile figures, who attempt to manipulate the truth for their own ends. To date, it has experimented with many features to slow or stop the spread of misinformation from disabling one-click retweets, to adding fact checks, to banning accounts, and more. Birdwatch is the latest effort to add context to tweets, but the system is a decentralized attempt at handling misinformation — not one that relies on trusted partners.

“AP has a long history of working closely with Twitter, along with other platforms, to expand the reach of factual journalism,” noted Tom Januszewski, vice president of Global Business Development at AP, in a statement about the new agreement. “This work is core to our mission. We are particularly excited about leveraging AP’s scale and speed to add context to online conversations, which can benefit from easy access to the facts,” he said.

“Trust, accuracy and impartiality are at the heart of what Reuters does every day, providing billions of people with the information they need to make smart decisions,” added Hazel Baker, the head of UGC Newsgathering at Reuters. “Those values also drive our commitment to stopping the spread of misinformation. We’re excited to partner with Twitter to leverage our deep global and local expertise to serve the public conversation with reliable information,” Baker said.

Initially, the collaborations will focus on English-language content on Twitter, but the company says it expects the work to grow over time to support more languages and timezones. We’re told that, during this initial phase, Twitter will evaluate new opportunities to onboard collaborators that can support additional languages.