When Anada Lakra and Ilya Usorov first moved to the United States, they struggled to find their voices. They both knew and understood English, but when it came time to speak up, their accents became a hurdle. Usorov, for example, watched his Russian-born parents struggle to advocate for themselves, which limited work opportunities. While Lakra, who just started college at Yale University, was constantly asked to repeat herself.

“Will I be able to express myself clearly enough? Will I be understood? Will I be as impactful?” Lakra remembers questioning herself. “My accent pronunciation made me feel like I really wasn’t my full self — and I lost a little of my personality.”

It’s an issue experienced, to varying degrees, by many of the roughly 65 million nonnative English speakers in the United States. Viewing accent as a hurdle in jobs, confidence and relationship-building, the duo teamed up as co-founders to build a solution.

Now, Lakra and Usorov are launching BoldVoice, an accent coaching app that helps users refine their pronunciation of the English language. The New York-based startup, currently going through Y Combinator’s summer 2021 batch, raised a pre-seed round of about $605,000 from the accelerator and XFund.

BoldVoice has a very specific user in mind: nonnative English speakers who learned the language on paper but now need help speaking and interacting with people.

The startup uses short-form videos, taught by Hollywood accent coaches who traditionally help actors, to deliver content. The curriculum is built around three Ps: posture, to help with the physical feel of using an English R versus a Spanish R; phonology, the vowels and consonants; and porosity, which is the musicality of an accent. So far, there are two Hollywood accent and dialect coaches on the platform: Ron Carlos and Eliza Simpson.

“We’re really thinking about this in the same way that an actor will learn an accent for a new role,” where they have to pick it up very quickly, Lakra said. “We want to bring the same discipline and process to everyone at home, so we have Hollywood accent coaches who are trained voice speech and dialect coaches” as well as advisers who have degrees in linguistics.

Beyond its short-form videos, the company plans to integrate artificial intelligence into its product. When a user practices a speech, BoldVoice records the speech sample, feeds it into an algorithm and, over time, will be able to recommend more tailored exercises to their weak areas. It is using open-source software currently but is developing its own AI algorithm for the future. Real-time feedback would be a feat. 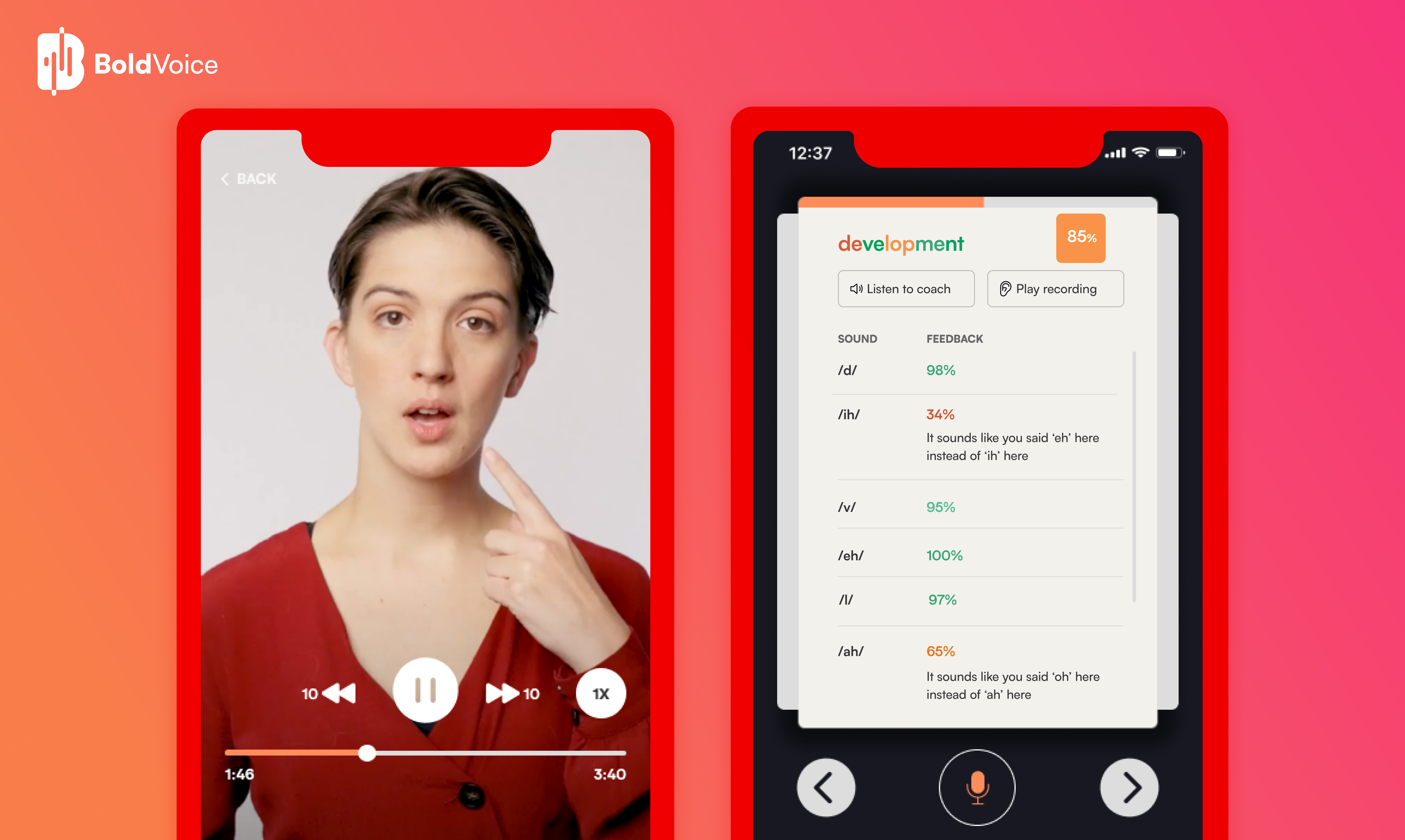 The sign-in process is pretty simple. Users are asked to set goals around accent confidence, explain English proficiency and identify native language, as well as the situation in which they want to improve, which can range from in the workplace to social settings. Users are also asked to commit pronunciation practice for 10 minutes a day, with the option to say no.

They are then given a lesson plan, which is only accessible through a subscription. The company charges $10 a month or $70 a year, which is meant to be more accessible than private accent coach tutoring, which can hit $200 per hour. There is currently no free experience for BoldVoice beyond a one-week free trial.

After launching a little over a month ago, BoldVoice has attracted 1,000 users, most of whom come from India, China, or are Spanish speakers. The company is focusing on creating “hyper-personalized” content around these core users, and will have its work cut out for it: There are 121 languages spoken by more than 10,000 people in India, with the Indian constitution officially recognizing 22 languages.

The owl is watching

BoldVoice is looking to dig into the crowded market of language learning startups at a key time for the edtech subsector. Language learning unicorn Duolingo is set to go public this week, which could cast a golden halo on other consumer edtech businesses. The company has already raised its expected price range ahead of its public offering, a confident move. Other companies such as Busuu and Babbel have also made progress in carving out spheres of language learning.

But Lakra doesn’t think any existing language learning apps have won over the accent market yet. She explained how learning a language is about memorization of vocabulary and grammar, while learning an accent is about working out your mouth through tongue exercises. The latter, which BoldVoice focuses on, doesn’t yet seem to be a priority for other businesses.

She’s not wrong. Duolingo excels at reading and writing literacy, but it has not yet shared any known efficacy studies about its pronunciation efforts. The company tried launching a chatbot in its early days to help users practice conversations. The highly requested feature flopped, though, as 80% of users didn’t use it — a reaction that CEO Luis von Ahn thinks underscores how difficult it is to get consumers to practice speaking.

Duolingo can’t teach you how to speak a language, but now it wants to try

Duolingo is now building investment in a team around speech recognition technology, as well as eyeing M&A opportunities. BoldVoice, which similarly uses bite-sized content and streaks, could bring its product of confidence to Duolingo’s mission of motivation.

Beyond the complementary yet competitive landscape, BoldVoice’s challenge ahead may just be that it is playing in a sensitive area. Someone’s voice is an integral part of their identity. BoldVoice will need to balance helping people, while also not erasing what makes them them.

Lakra thinks that they can strike the balance. Her perception of the user is constantly evolving.

“Users are already telling us that it would be awesome to get more tips around public speaking or how to interject in a meeting or how to give feedback politely,” she said. The requests are all about how to culturally and linguistically use English in a professional English-speaking environment, and BoldVoice is working with coaches to create content beyond pronunciation and into cadence, projection and intonation.

“We definitely want to move and make this a tool that helps people not just say the word the right way, but just feel confident in everything they say.” 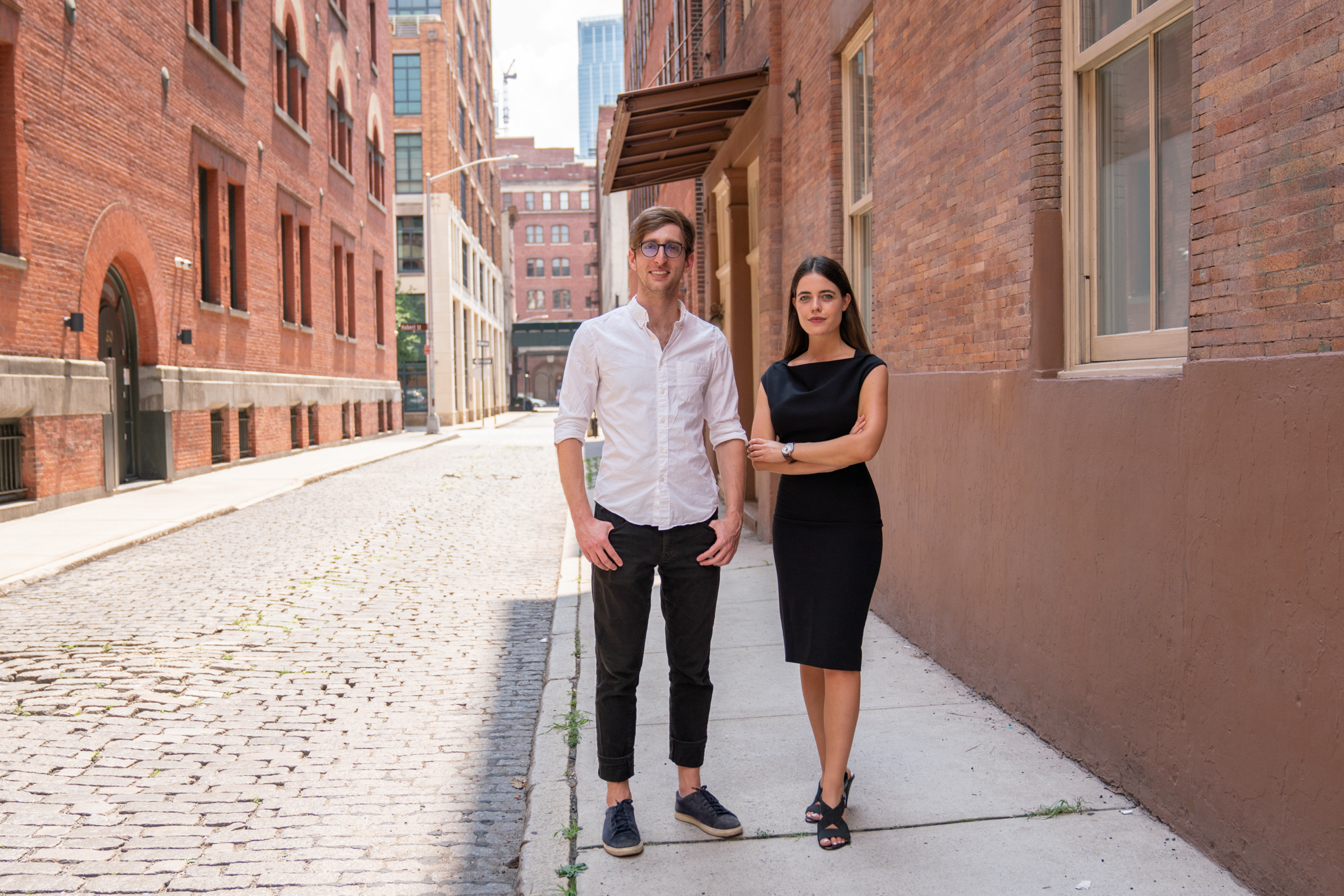