Olumide Soyombo is one of the well-known active angel investors in Nigeria tech startups and Africa at large. Since he began angel investing in 2014, Soyombo has invested in 33 startups, including Stripe-owned Paystack, PiggyVest and TeamApt.

Today, the investor is announcing the launch of Voltron Capital, a Pan-African venture capital firm he co-founded with Abe Choi, a U.S.-based entrepreneur and investor.

Voltron will be deploying capital to roughly 30 startups, mostly in pre-seed and seed stage across Africa, in a bid to “address the severe lack of access to early-stage funding for African tech companies.” The ticket sizes will range from $20,000 to $100,000, focusing on startups in Nigeria, Kenya, South Africa and North Africa.

Soyombo is one of the few founder-cum-investors on the continent, despite his company not being the traditional VC-backed startup the world has become accustomed to. In 2008, he started Bluechip Technologies with a friend, Kazeem Tewogbade as an enterprise company that provides data warehousing solutions and enterprise applications to banks, telcos and insurance firms. Some of its biggest clients include OEMs like Oracle.

Six years later, the pair decided to venture into tech, a relatively nascent industry in Nigeria at the time and began investing in startups via LeadPath, an early-stage firm they launched in Lagos, Nigeria. The idea was to invest $25,000 and take the startups through a three-month accelerator program culminating in a demo day. The plan was to run LeadPath like Y Combinator but it didn’t take off as planned.

“In 2014, three months after we found out that there was no investor to put them in front of. So you’d have to write another check yourself,” Soyombo said humorously over the phone. “We quickly saw that the accelerator model didn’t work, so we started investing individually. It’s funny how things have changed since then.”

LeadPath became a special purpose vehicle (SPV) for the pair to carry out their angel investing deals. Over the years, Soyombo has launched several SPVs for the same purpose. So, why do things differently now by creating a fund? Soyombo walks me through one of the processes he has used to fund deals over the years to answer this question.

As an influential figure in Nigeria’s tech ecosystem, Soyombo has access to almost any important deal in the market. “I get the privilege of seeing many deals before most people see them. I’ve built that network within the startup ecosystem and reputation as an angel always ready to help. So obviously, that helped me see many deals very quickly,” he said. Often, his deal flows are filled with startups seeking six-figure pre-seed to seed investments. Say, for instance, a founder is looking to raise $300,000, Soyombo can typically invest $50,000 of his own money. And based on his perception of the startup’s growth prospects, he can choose to bring his friends and acquaintances on board to fill the round.

This informal approach is what Soyombo wants to make formal via a structured format where each individual or organizational LP gets access to his deal flow simultaneously. The investor believes companies will get capital quicker this way. And the interesting bit is that his work in corporate Nigeria has allowed him to access non-traditional capital, which means some of the investors that use Soyombo’s deal flows are outside the typical Nigerian tech investing landscape.

He sees his job as someone bridging the gap of angel investing between his corporate friends and colleagues who have not typically invested in tech and startups that need their money.

“There’s a bit of FOMO now,” he said. “People, including high net worth individuals, tell me to carry them along anytime I’m investing, and then I have startups looking for capital as well. But then again, I’m not trying to get a full job by managing a full fund, which is why we’ve structured it this way.”

Anyone familiar with the happenings in African tech these past few months knows the two events that have caused this FOMO: Paystack’s exit to Stripe and Flutterwave’s unicorn status. Soyombo was an early investor in the former, marking his solitary primary exit alongside two secondaries within a portfolio that have cumulatively raised over $70 million. Thus, it’s not hard to see why Soyombo isn’t having a hard time convincing non-traditional investors, including HNIs (who are notoriously risk averse when it comes to tech investing), to write checks in startups.

“All of a sudden, everyone is interested in what’s happening in the space. The HNIs that would’ve thrown money into real estate are looking for startups. We even see older HNIs telling their children to invest on their behalf, so it’s an easier conversation to have. Most of them want to diversify their portfolio by having a piece of that pie,” he said, pointing to Paystack and Flutterwave successes. 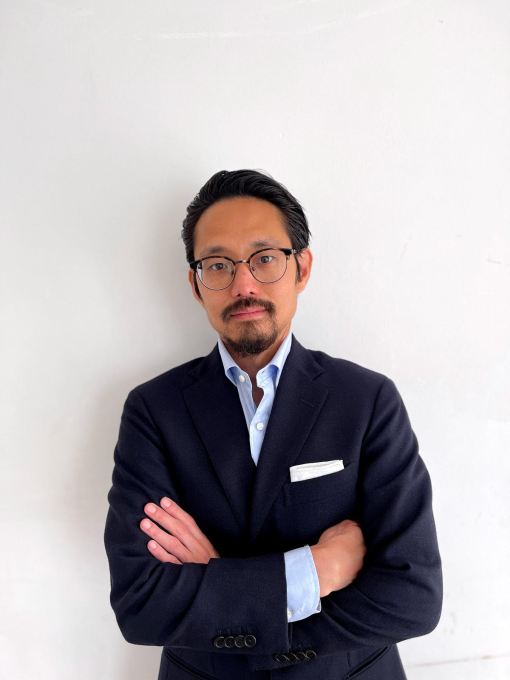 Voltron Capital will be managed on AngelList. Its investors cut across HNIs and executives from banks, telcos, among other sectors, each investing a minimum of $10,000. Voltron is similar to a typical seven-figure fund targeting pre-seed and seed-stage startups in Africa, yet it’s quite different in the way it chooses to back founders. The fund remains an embodiment of Soyombo’s investment stance, which is “founders-first regardless of the industry.”

“I’m going to continue backing interesting entrepreneurs. If Odunayo of PiggyVest was building a health tech or edtech company, I’ll still back that company,” he said, referring to the $1 million investment he made three years ago in one of Nigeria’s widely celebrated fintechs. “So I think the investability of sectors, for me, is driven by quality entrepreneurs that are going to solve problems in that area.”

In 2019, African tech startups raised a record $2 billion, according to Partech Africa. They have raised half that number already this year, and some publications predict these startups will break 2019’s record.

A large chunk of these investments goes into late-stage deals, which is typical of most tech ecosystems globally. But Africa stands out because early-stage startups find it more difficult to raise investments compared to other regions. For instance, IFC reported that 82% of African tech startups cite access to seed funding and a lack of angel investors as major problems they face. Without early-stage funding, many of the startups primed to drive this growth are missing out on vital capital to support their early operations and generate revenue, which is a key requirement for securing later rounds of funding and a larger scale.

Voltron, in its little capacity, wants to fill this gap in the best way it can. Besides listing local investors as LPs, Soyombo says startups will be able to access foreign capital too. Choi is the key to making that happen. Personally, Choi has invested in 15 startups (exiting two); therefore, his experience and network in the U.S. will be crucial in sourcing foreign capital into the continent.

Soyombo believes Stripe acquisition of Paystack has made foreign investors take notice of African startups. He humorously references Paul Graham’s tweet after the acquisition as another reason why foreign investors’ interests have also piqued. The tweet from the Y Combinator co-founder read: “Investors who ignore Nigeria now have to ask themselves: What do I know that Patrick Collision doesn’t?”

That said, the investor holds that the pace at which the African tech ecosystem is maturing should excite anyone. The quality of founders on the continent is improving and will continue in that manner because there are more problems to solve, he continued.

“Also, as our startups mature, we’ll see people leaving to set up theirs. We want the next wave of African tech success stories to not only make an impact on the continent but to be truly global; through Abe’s strategic connections to the USA, we’re confident we can provide our portfolio with the best possible opportunities to achieve this through our U.S. and global network.”