Microsoft today launched Windows 365, a service that gives businesses the option to easily let their employees access a Windows 10 desktop from the cloud (with Windows 11 coming once it’s generally available). Think game streaming, but for your desktop. It’ll be available for business users (and only business users) on August 2, 2021.

Announced through a somewhat inscrutable press release, Windows 365 has been long expected and is really just an evolution of existing remote desktop services.

But hey, you may say, doesn’t Microsoft already offer Azure Virtual Desktop that gives businesses the option to let their employees access a Windows PC in the cloud? Yes, but the difference seems to be that Windows 365 is far easier to use and involves none of the complexity of setting up a full Azure Virtual Desktop environment in the Azure cloud.

But couldn’t Microsoft have made Azure Virtual Desktop easier to use instead of launching yet another virtual desktop service? Yes, but Azure Virtual Desktop is very much an enterprise service and by default, that means it must play nicely with the rest of the complexities of a company’s existing infrastructure. The pandemic pressed it into service in smaller companies because they had few alternatives, but in many ways, today’s launch is Microsoft admitting that it was far too difficult to manage for them. Windows 365, on the other hand, is somewhat of a fresh slate. It’s also available through a basic subscription service. 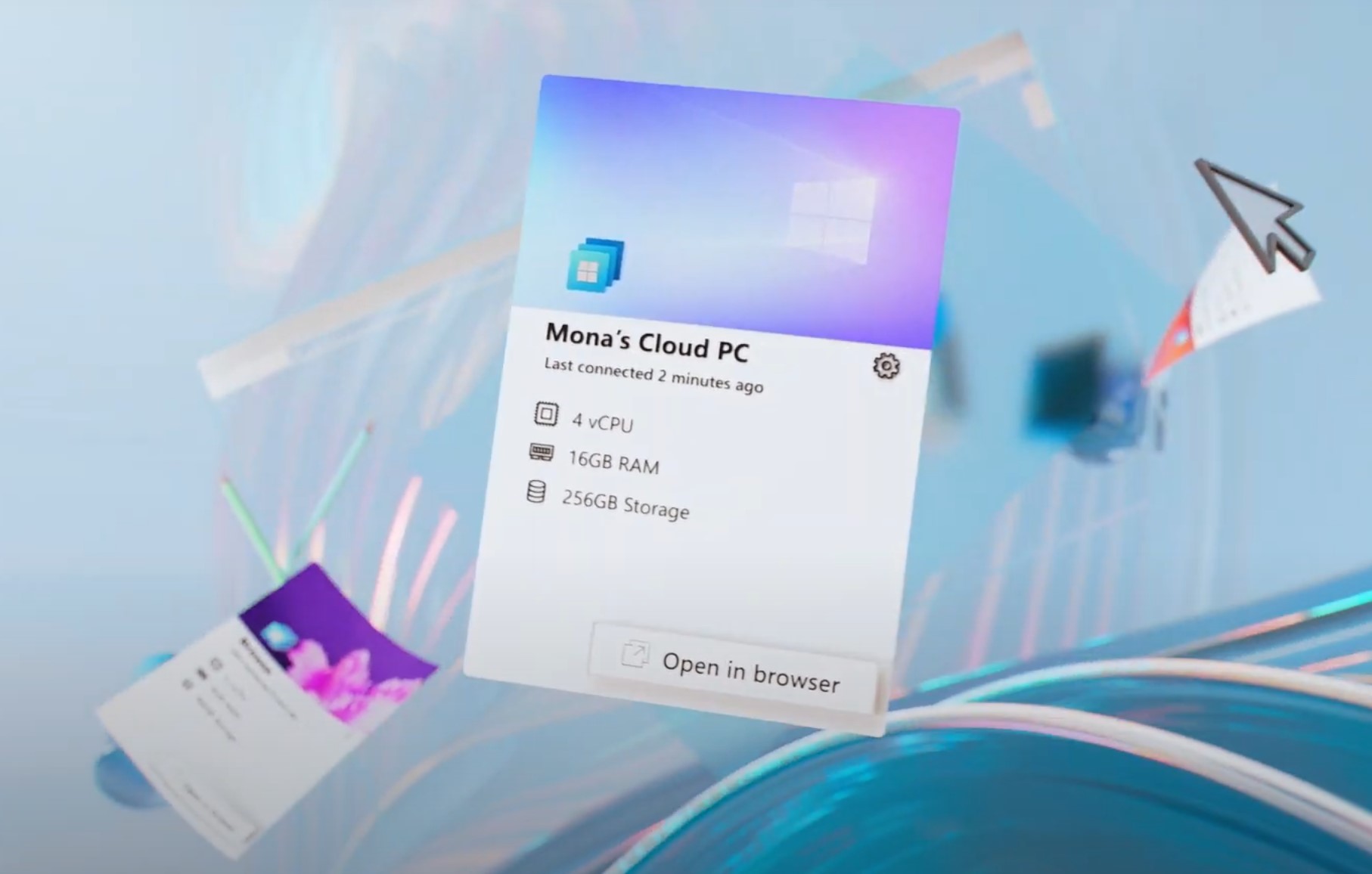 This also gives Microsoft the opportunity to talk about “a new hybrid personal computing category” its CEO Satya Nadella calls a “Cloud PC.” It’s a bit unclear what exactly that’s supposed to be, but it’s a new category.

“Just like applications were brought to the cloud with SaaS, we are now bringing the operating system to the cloud, providing organizations with greater flexibility and a secure way to empower their workforce to be more productive and connected, regardless of location,” Nadella explains in today’s press release.

But isn’t that just a thin client? Maybe? But we’re not talking hardware here. It’s really just a virtualized operating system in the cloud that you can access from anywhere — and that’s a category that’s been around for a long time.

“Hybrid work has fundamentally changed the role of technology in organizations today,” said Jared Spataro, corporate vice president, Microsoft 365. “With workforces more disparate than ever before, organizations need a new way to deliver a great productivity experience with increased versatility, simplicity and security. Cloud PC is an exciting new category of hybrid personal computing that turns any device into a personalized, productive and secure digital workspace. Today’s announcement of Windows 365 is just the beginning of what will be possible as we blur the lines between the device and the cloud.”