Volkswagen will ramp up its software, mobility as a service and battery tech to stay competitive in the coming decades, as it and other automakers prepare for the largest transition in personal mobility since the invention of the car.

Laying out the company strategy Tuesday, Chief Executive Officer Herbert Diess emphasized a top-to-bottom transformation in everything from manufacturing to revenue streams. If revenue was historically driven by sales of internal combustion engine vehicles, Volkswagen CFO Arno Antlitz said the rest of the decade bring income derived not only from electric vehicle sales, but also software, autonomous driving and even ridesharing.

To that end, the company has been busy, planning six battery Gigafactories in Europe and an €800 million ($944 million) hardware platform research and development facility in West Berlin. The company’s also beefing up its in-house automotive software arm Cariad, which VW said could generate as much as €1.2 trillion ($1.4 trillion) in revenue by 2030, via subscriptions and other sales.

Volkswagen also has big plans for autonomous driving. The company wants to take a chunk of the market share from ridesharing and car rental, and it sees an integrated AV platform as the way to do it. Executives painted a vivid picture of customers being able to request a Volkswagen electric AV taxi or shuttle by the end of the decade, one that may not even include a steering wheel or driver’s seat, according to renderings shown during the presentation.

“Imagine that your grandmother or your eight-year-old son can hop in a Volkswagen cab to visit one another, whenever they want, without mom or dad behind the wheel,” Diess suggested. “You can use one of our mobility apps, and an ID Buzz will pick you up and your friends.”

Personal vehicles will be powered by Cariad, which the OEM said will have “level 4 readiness” by 2025. Shared mobility vehicles, like shuttles or taxis, will also be VW-owned and operated, and run on tech developed by AV company Argo AI. Volkswagen closed a $2.6 billion investment in the startup last June.

Europe’s largest automaker anticipates its investments in MaaS will pay off: The company expects annual revenues of over $70 billion in the five largest European markets alone by 2030, Christian Senger, CTO of Volkswagen Commercial Vehicles, said. The autonomous rideshare ID Buzz, which is being tested in a pilot project in Munich, will be rolled out as a commercial service in Hamburg in 2025, followed shortly by the U.S. 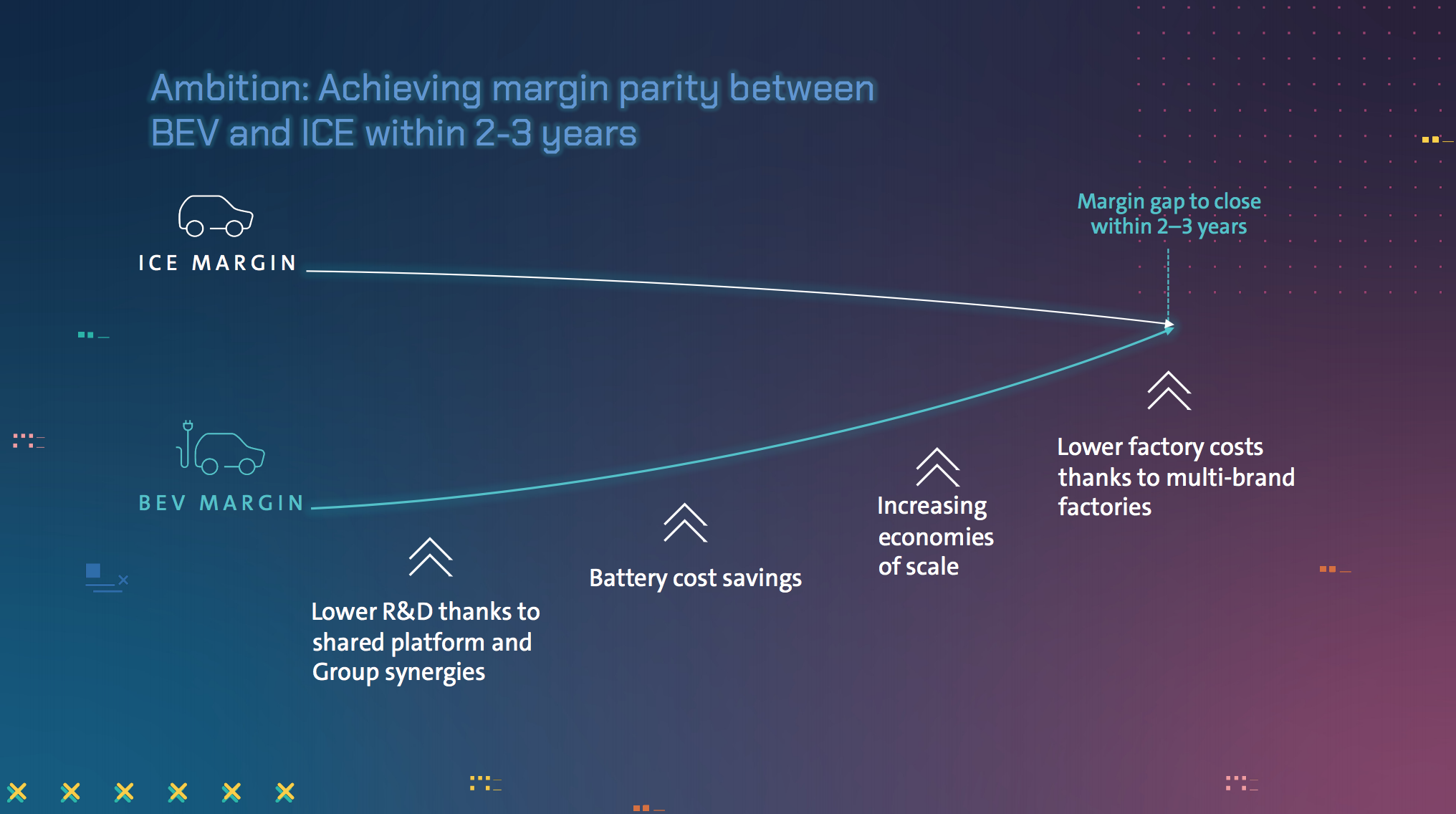 In line with these estimates, the automaker anticipates BEV sales will account for 25% of sales by 2025 and 50% by 2030. ICE margins will likely come under increased pressure due to declining demand, tighter emissions regulations and comparative tax disadvantages, so Volkswagen plans to decrease its number of ICE models by 60% in Europe by 2030. Cost parity between ICE and BEV should be achieved within two to three years, Antlitz said, thanks to economies of scale and lower factory costs.

It’s an optimistic future, but one in which Volkswagen is fully confident: The company upped its profit target for 2025 to 8-9%, from 7-8%.

“Until 2030, the world of mobility will have seen the greatest transformation since the transition from horses to cars at the beginning of the 20th century,” Diess said. “The future of cars, the future of individual mobility, will be bright.”