As I mentioned at the close of last week’s roundup, the biggest issue in writing this roundup on Wednesday is that sometimes news breaks on Thursday morning. Again, I’m asking the robotics community to try not make any big headlines on Thursdays. That would really help a guy out.

Last week, news broke that Zebra Technologies had purchased Fetch. I’ve written about the latter several times over the past couple years, and spoken to founder Melonee Wise a number of times, as well. Ultimately, it’s not much of a surprise Fetch went the acquisition route. If I were a better man, however, I would have leaned heavily toward an acquisition by some mega-retailer like Walmart or Target. 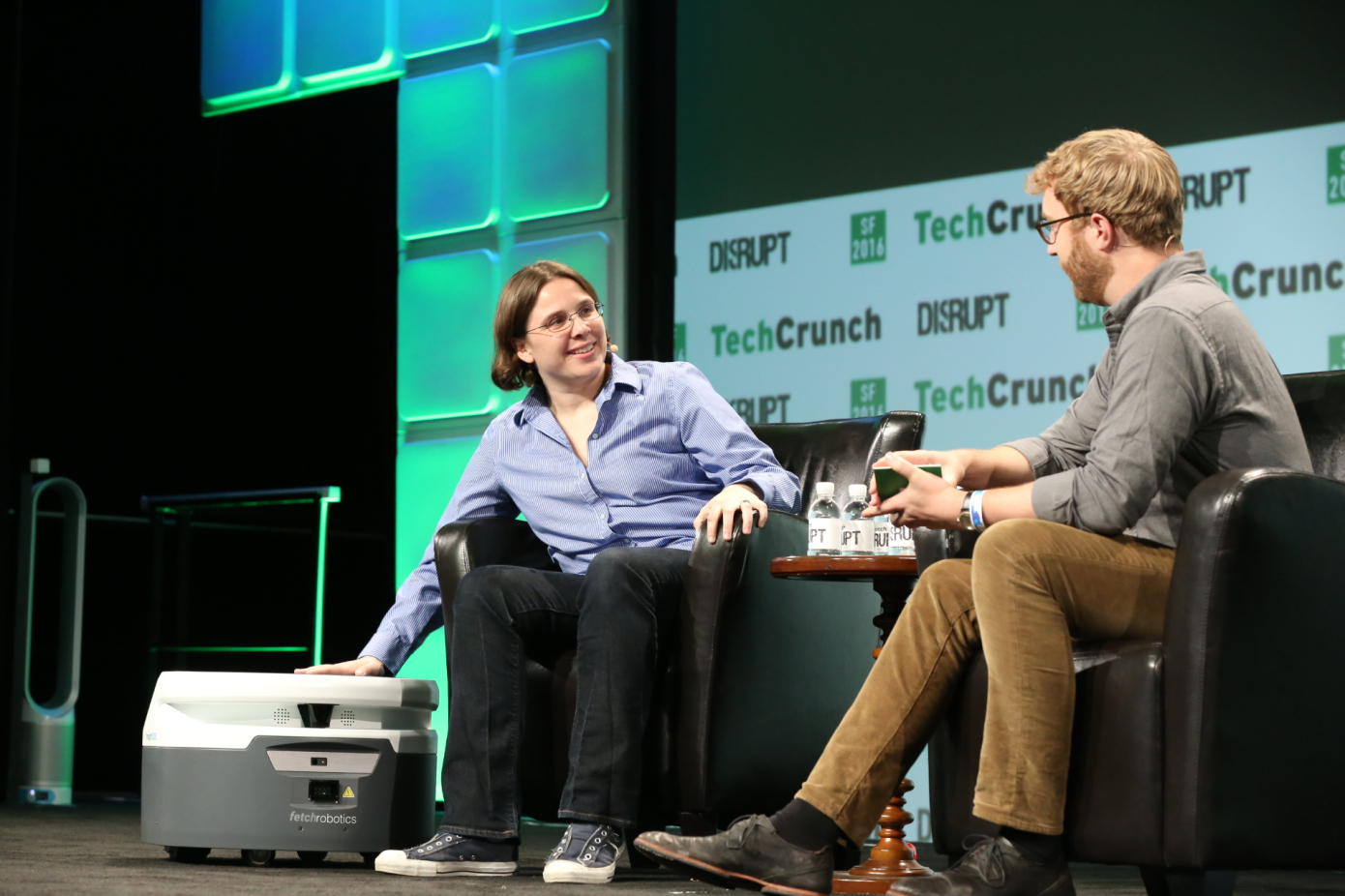 Everyone is looking for a competitive advantage against Amazon, including those big names. And, of course, they’ve got the deep pockets to purchase a head start. Ultimately, I think a deal like this is better for the industry, at large, given how Amazon’s acquisitions tend to go. The company loves to buy up startups and keep all of that cool technology to itself. I spoke to Wise about the deal, late last week. Some excerpts:

As we were fundraising for our Series D, this opportunity came out of that. I think when you look at it, over the last couple of years, we’ve had a good relationship with them. With the pandemic, there’s been a huge draw for more and more automation technology. Before the pandemic, there were already labor shortages for warehouse and logistics, and the pandemic only exacerbated it. One of the other great things about us joining Zebra is they have a strong go-to-market engine, and they can amplify our sales capability. They’re already in all of the customers we want to be working with. It helps us reach a much broader, wider and deeper audience.

I think it’s complicated. When I started the company, I never really planned on anything. I just wanted to go build something. I mean that in the most sincere way. I wanted to go build something and not fail. And the question is, what does not failing look like? I think the facts are that in the last 20-something years, almost no robotics company has IPO’ed. Now we’re starting to see SPACS, but there hasn’t been a robotics company that’s IPO’ed through the traditional route.

In terms of vision of how we’re thinking about it, Zebra is very excited to kind of make Fetch the centerpiece of this whole new offering that they’re building out. It’s a high strategic priority for them. 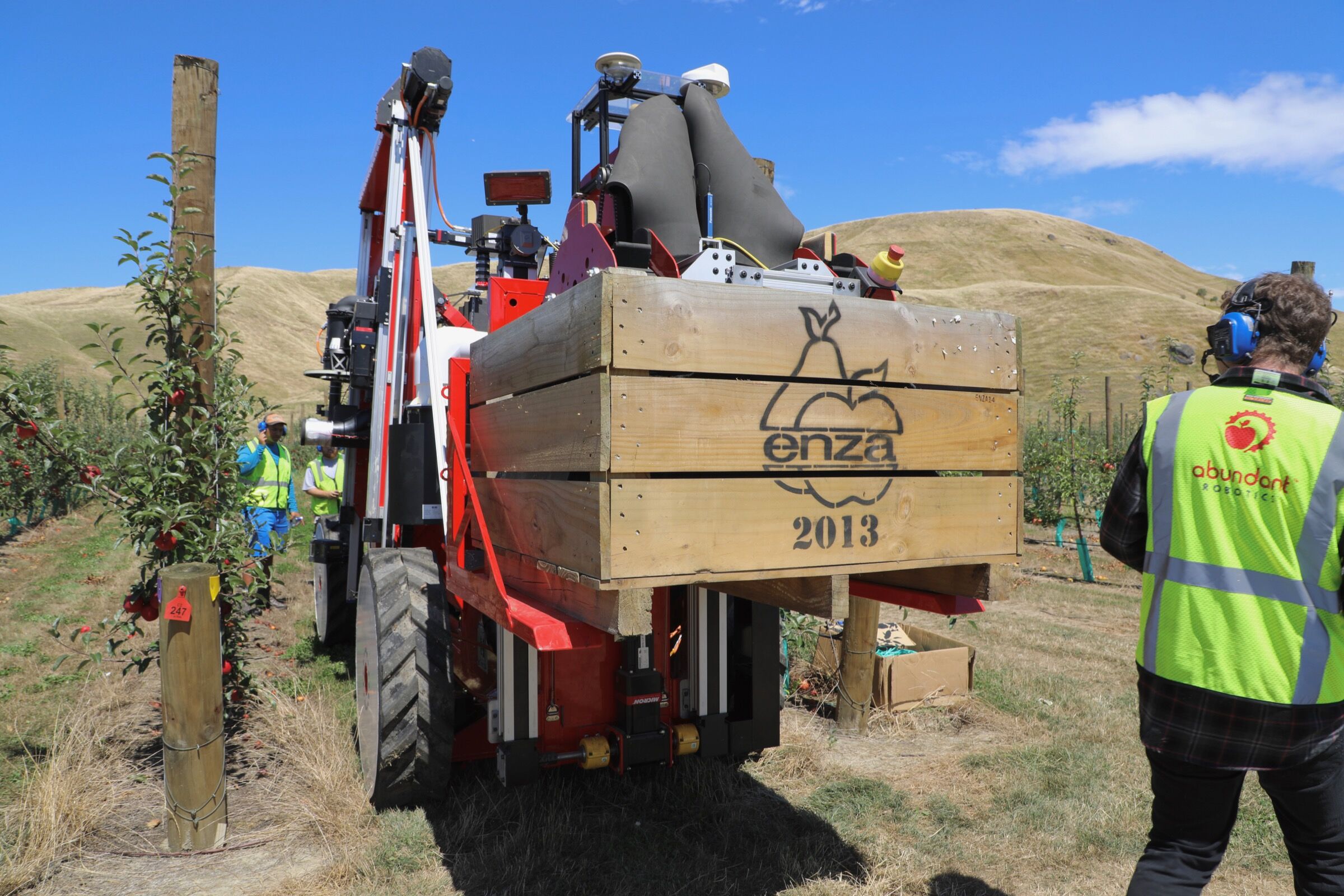 On the whole, this week marked a pretty substantial slow down in terms of funding announcements. We did get one big bummer news item, as Abundant Robotics is shutting down. Good Fruit Grower got the following statement from CEO Dan Steere,

After a series of promising commercial trials with prototype apple harvesters, the company was unable to raise enough investment funding to continue development and launch a production system.

We’ve reached out for further comment, but the company’s understandably not champing at the bit to discuss where things went wrong. It’s easier, of course, to celebrate the successes than it is to dissect the failures, the latter happens much more often than we can to admit in this field. Often they arrive early in the process and don’t really warrant a lot of ink.

Abundant’s different. From the outside, the Bay Area company appeared to be on the right track toward becoming a dominant name in robotic fruit harvesting. The company had raised a total of $12 million, including Series A in 2017. Granted, that’s not an insignificant amount of time to go between raises and bringing robotics to production is extraordinarily difficult.

What’s more surprising is that the company couldn’t drum up enough interest to get it across the finish line during the pandemic, when, anecdotally, interest in robotics and automation seems to be heating up. Certainly that applies to farming, which has experienced series labor shortages over the past year. More insight into that soon, I hope.

Sarcos, meanwhile, keeps finding its way into the news cycle. This week, it’s the launch of the teleoperated Guardian XT. The company’s exoskeletons get all the love (thanks in no small part to some high profile partnerships), but company also produces non-body mounted robotics. Per the company,

The SenSuit controller enables the Guardian XT robot to mimic the operator’s movements in real-time. It is an inertial measurement unit (IMU)-based motion tracker that communicates with the robot and leverages Sarcos’ proprietary force feedback technologies. The company also plans to integrate a VR- or AR-based HMD to provide remote visual and situational awareness to the operator. The Guardian XT robot is equipped with 3-degrees of freedom end effectors that enable dexterous control of trade tools and materials, including hand-held power tools, welding and cutting equipment, inspection and test equipment, parts and components, hazardous materials, and retail inventory goods, amongst others.

The system is capable of lifting and moving up to 200 pounds and will hit the market by the end of next year. 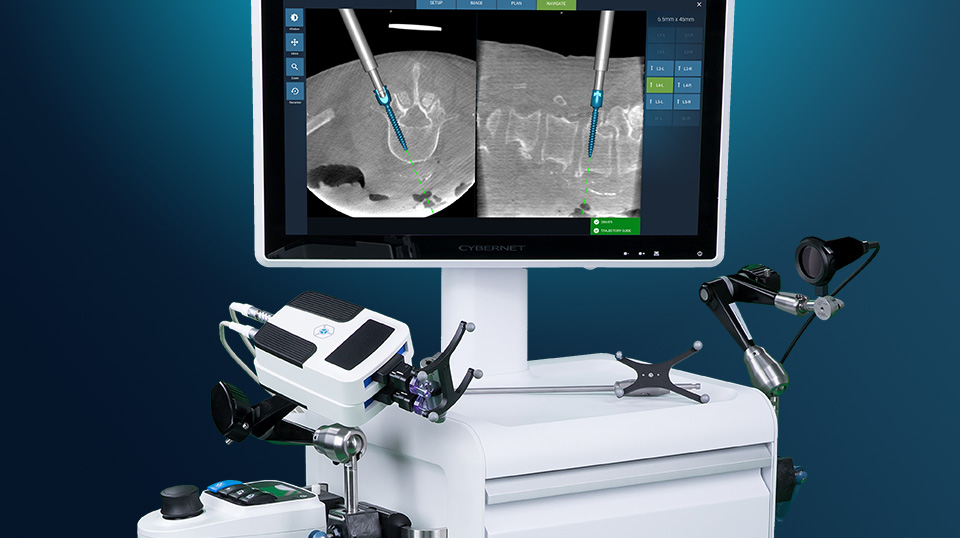 “Accelus will create opportunities for wide-scale adoption of robotics in spine surgery—both in hospitals and ambulatory surgery centers (ASCs)—by addressing previous constraints related to cost and efficiency,” Accelus Chris Walsh said in a release. “Both Fusion Robotics and Integrity Implants have built enabling technology platforms that create a force multiplier for spinal care. Our products and culture create accessibility to fit each patient’s anatomy, each surgeon’s preferred approach, and each healthcare facility’s space and budget limitations, embodying our core principle of access without compromise.”