We’re fresh off of our big Pittsburgh event, and I’ll have more thoughts on that for you next week, once we’ve crawled through all of the interviews, published profiles and all of that fun stuff. t  I admit that I’m also partly putting that off because there’s just a ton of investment news to get through in the meantime. Though I do want to note that the Pittsburgh Robotics Network held its own big event the same day as ours — honestly, there’s just a ton of activity in the city this week, including visits from some national politicians.

Per the PRN press release,

The alliance brings together leaders from top robotics companies, research institutions and universities in the Pittsburgh area, including Carnegie Mellon University (CMU), Argo AI, Aurora, the University of Pittsburgh, Kaarta, RE2 Robotics, Neya Systems, Carnegie Robotics, HEBI Robotics, Near Earth Autonomy, BirdBrain Technologies, Omnicell and Advanced Construction Robotics. The Richard King Mellon Foundation commemorated this membership milestone with a grant of $125,000 to support the continued growth of the PRN.

I hinted the other week that there would be a uptick in funding announcements, and we’ve certainly seen that come to fruition. Once upon a time, we used to have this thing called the summer doldrums. Maybe it’s the pandemic, but formerly slow season no longer really applies here. VCs are still super bullish on robotics and keep pumping money in across the category.

Before we get started, however, a bit of a somber note to say goodbye to Pepper – for now, at least. A rep for SoftBank Robotics confirmed with TechCrunch that the company will be hitting pause on the production of affable robotic greeter. Reuters was first to report a “retrenchment” in SoftBank’s robotics, including the elimination of 40% of its 330 roles in France. The company noted in a press release, “Since 2012 SoftBank Robotics Group, a subsidiary of SoftBank, has invested in Humanoid Robotics and intends to keep Pepper & NAO robots business moving forward.” 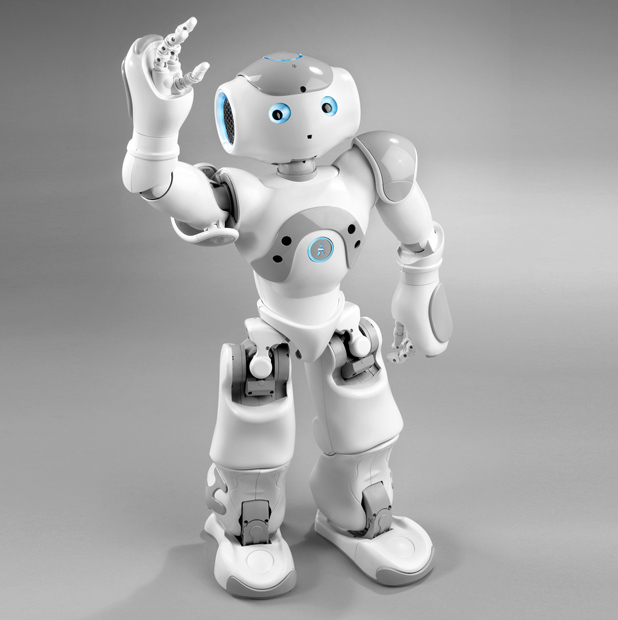 As a refresher, the investment giant’s 2021 acquisition of French robotics startup Aldebaran Robotics gave rise to both SoftBank Robotics and Pepper. The latter evolved from Nao, a research robot that had pretty wide scale adoption in that world. To this day, you’ll still see the ‘bot at universities and research institutes all over.

Pepper was an attempt to bring some of that underlying technology to a broader commercial audience. The robot was made life-size and designed to hold a tablet and greet people. And, honestly, that was kind of it. Technology in search of a problem, as the saying goes – sophisticated robotics that can greet you at an Applebee’s or offer you some information at the airport.

Precisely why Pepper didn’t work out – and how much issues from the past year played into that – is something better saved for a deeper dive, but I’ve always been skeptical of how useful the robot really was. You’d be hard-pressed to find a compelling argument that this was something that required advanced robotics. Of course, a far more compelling argument can be made that specializing in building research robotics is, at best, a loss leader. 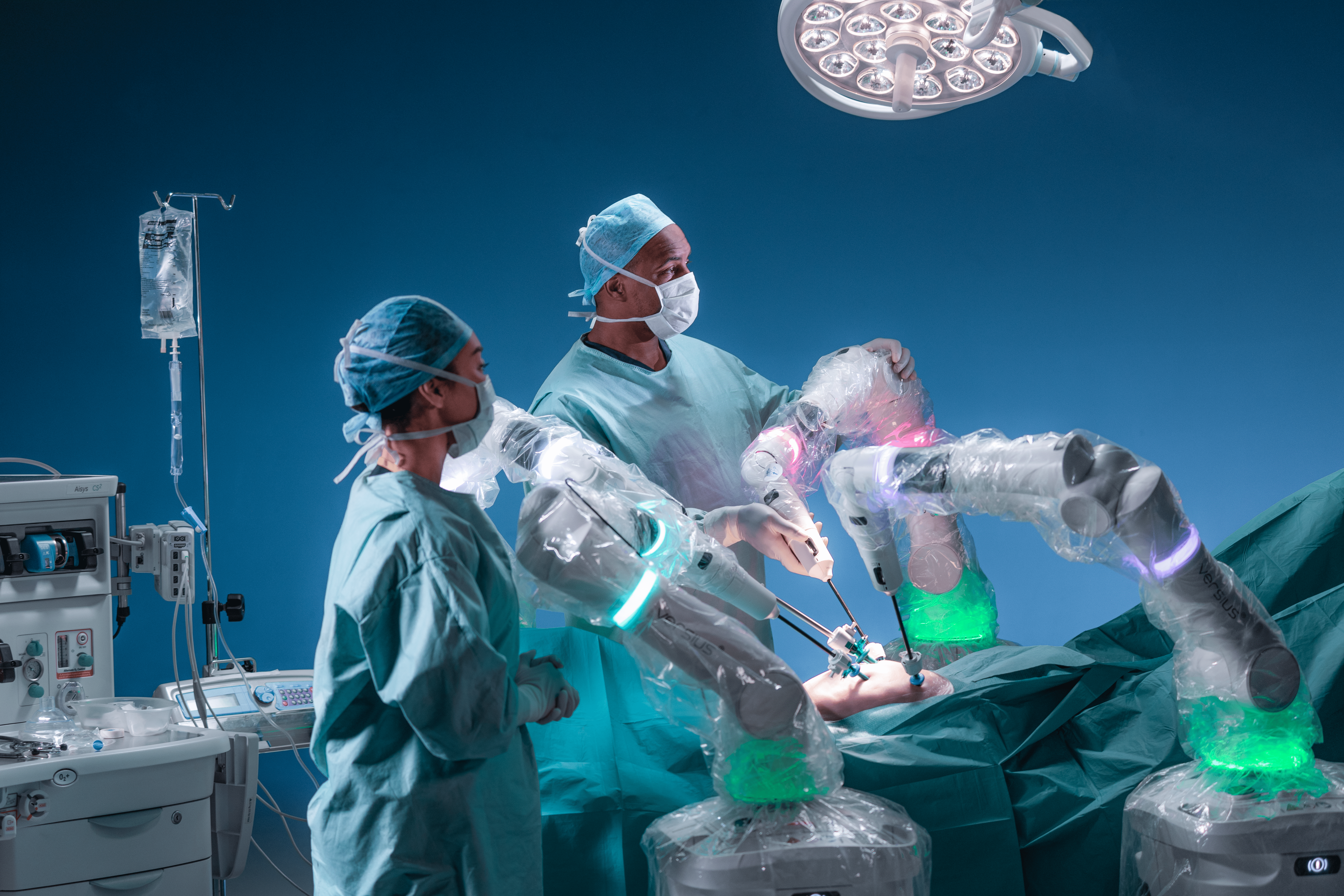 That said, there’s still plenty to get excited about on the robotics investment front. And while SoftBank Robotics may be scaling down, the company’s investment arm appears very bullish on robotics that go beyond just holding up signage. The Vision Fund 2 led a massive $600 million Series D for CMR Surgical. The U.K.-based surgical robotics firm is now a unicorn three-times over, with a $3 billion valuation for its keyhole surgery tech.

What I find most appealing about the category is its promise of effectively leveling the playing field for highly specialized procedures. That accessibility could prove huge for developing nations and other markets where premium healthcare is more difficult to come by. 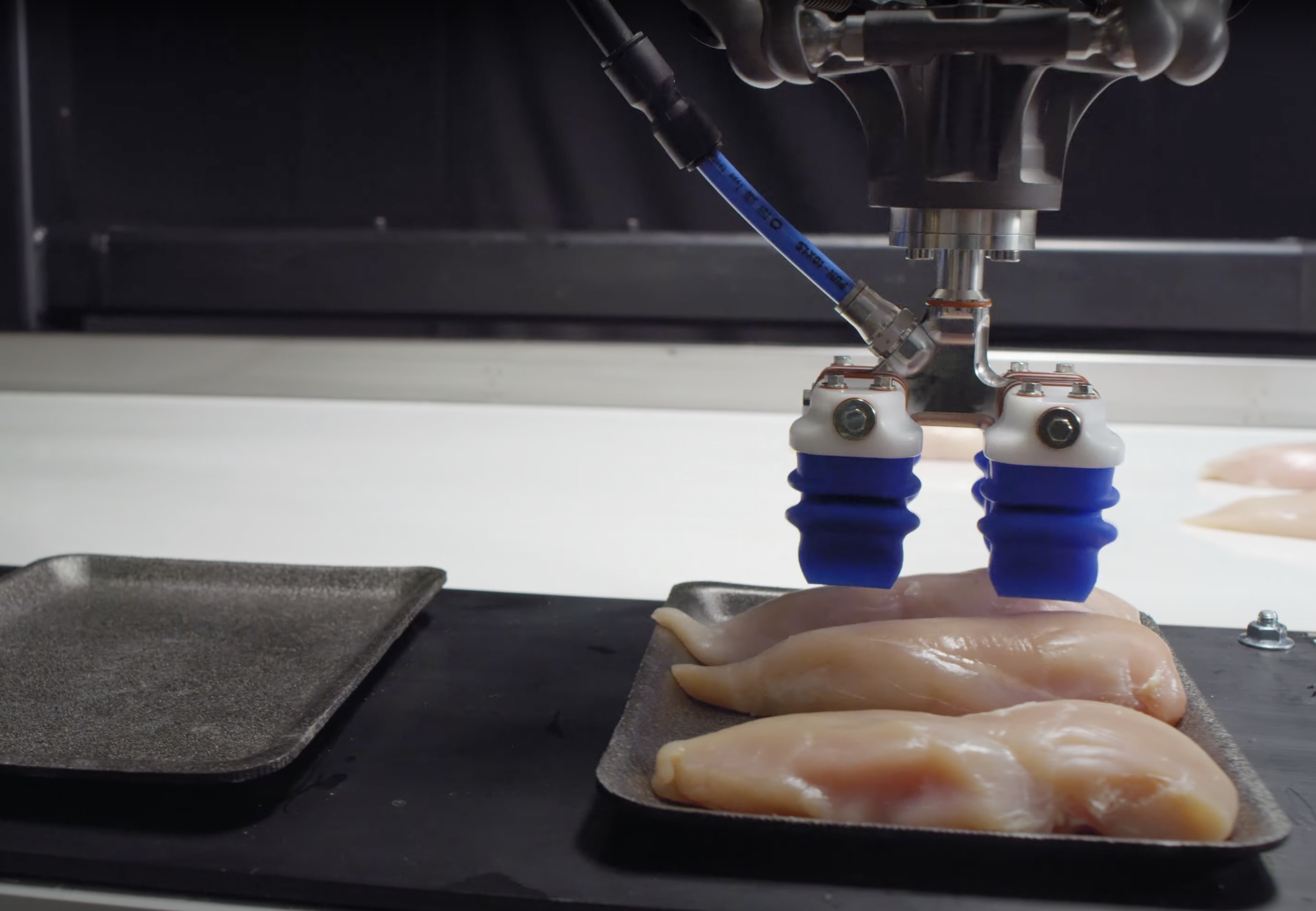 Soft Robotics (like SoftBank Robotics, but with less “bank”), meanwhile, specifically cited pandemic demand in the $10 million extension of its $23 million Series B. Not to go all Upton Sinclair on you, but the meat processing industry sounded utterly hellish through much of the pandemic (as a non-meat eater myself, I’ll save you from some of my more personal reflections on the matter). Soft Robotics has long been among the more compelling startups in the robotic picking space, courtesy of its pneumatic powered grippers that are capable of moving around easily damaged food stuffs. 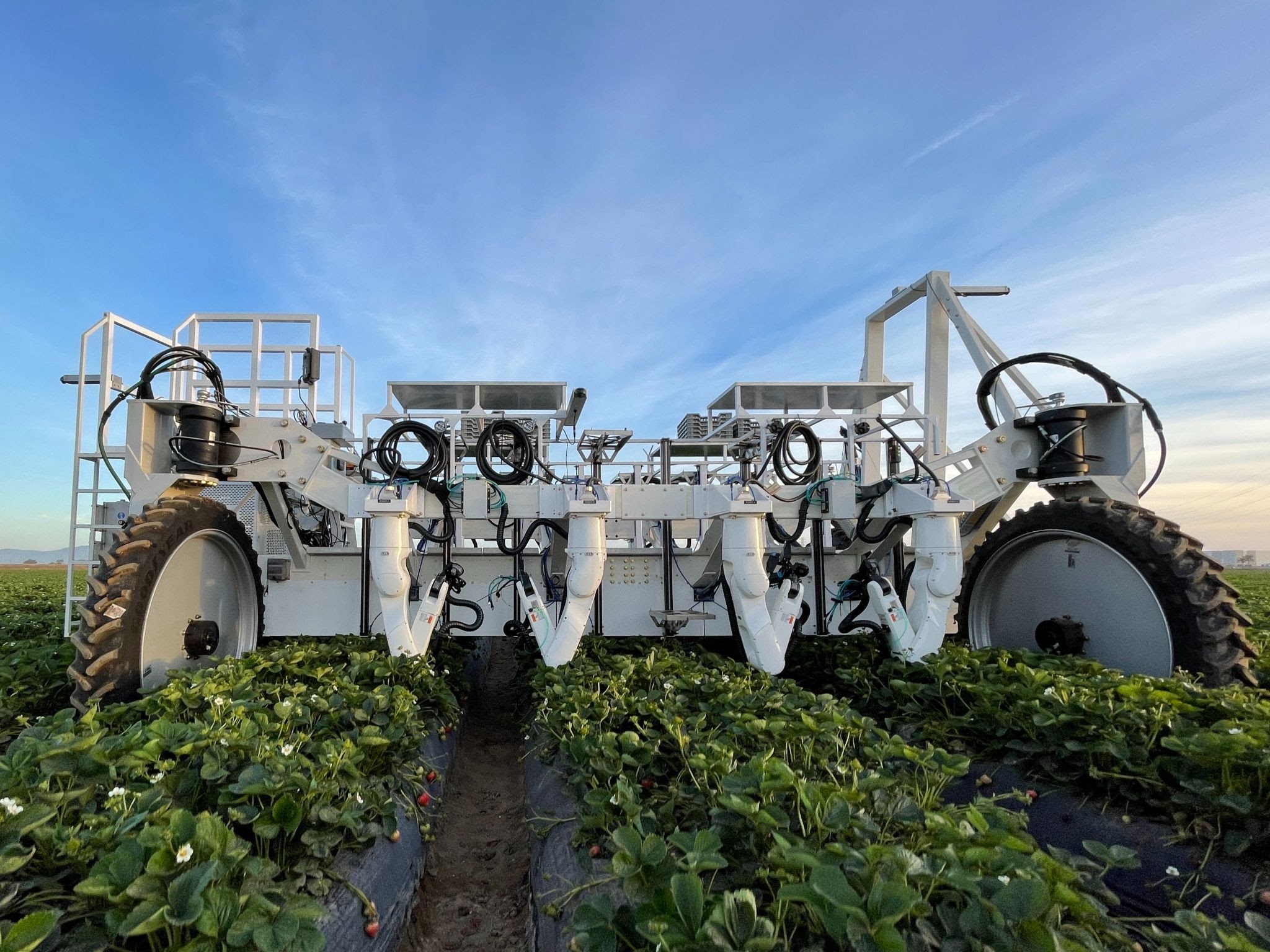 Speaking of moving around fragile foods, we exclusively reported this morning that 2019 Startup Battlefield finalist Traptic has begun commercial deployment for its strawberry-picking robot. That follows a previously unannounced $5 million Series A, bringing its full funding to $8.4 million to date. Like so many other industries, field work suffered a massive headcount shortage during the pandemic. 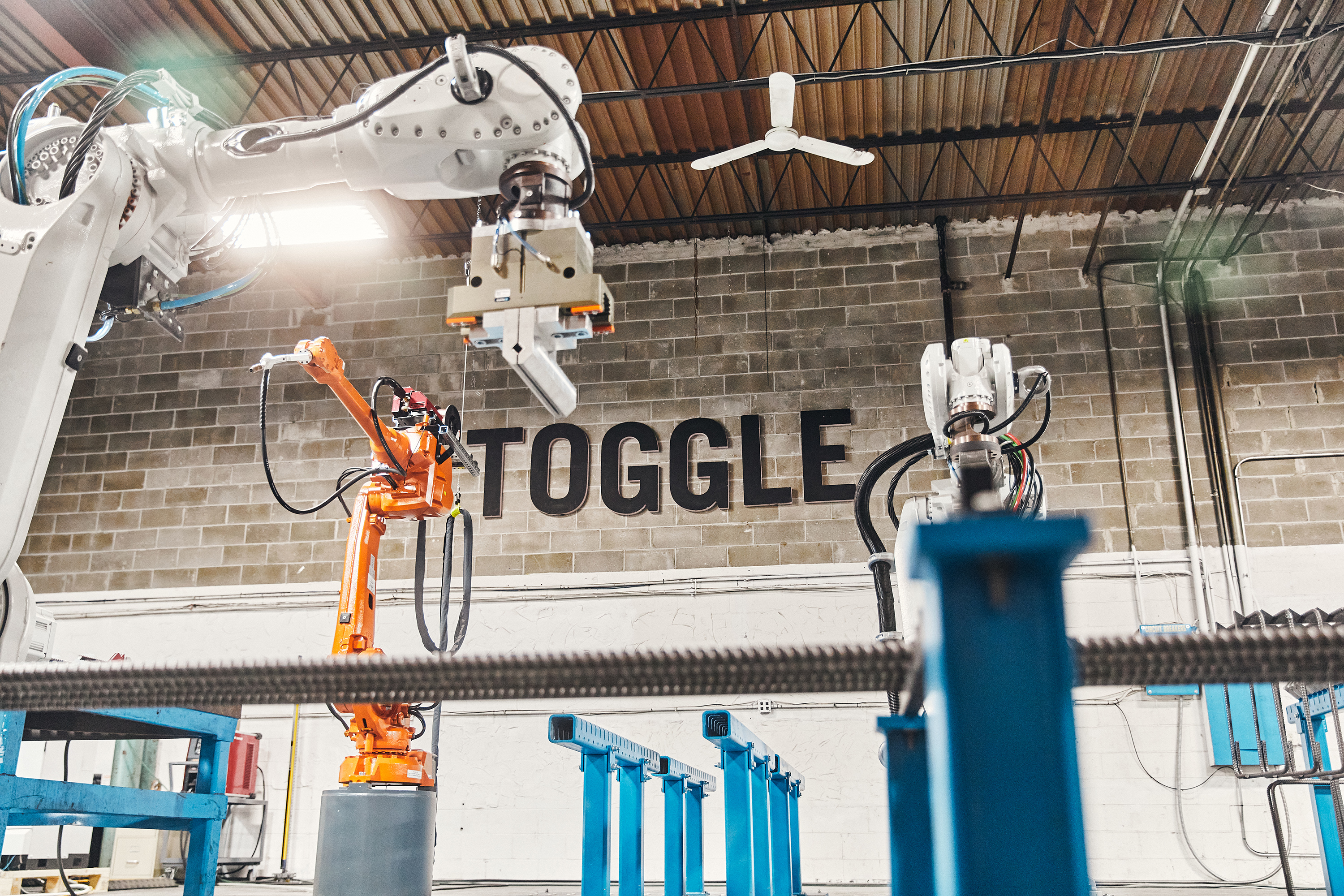 Botrista also announce a Series A this week, for its drink-mixing robotic kiosk. The company raised $10 million for further deployment of its system, which is capable of mixing up to eight ingredients in around 20 seconds. Toggle’s Series A, meanwhile, netted the New York-based construction robotics company $8 million. 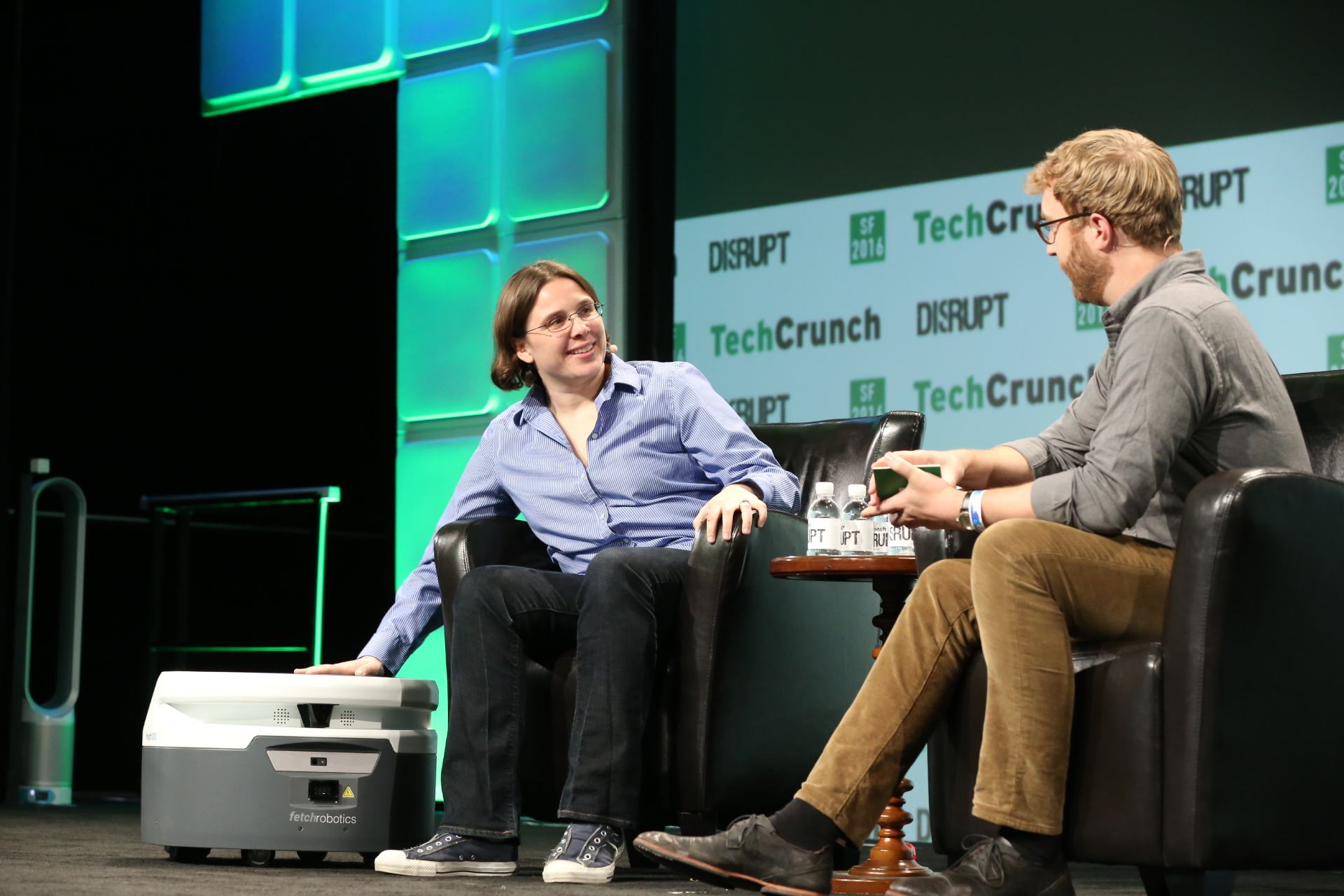 Never a dull moment. Here’s the fun of writing a large roundup on Wednesday for Thursday. Sometimes big news breaks in the morning (to all you running robotics startups, if you could hold off on announcing big news on Thursdays, that would be great help to me. Thanks in advance), like Zebra’s intention to acquire Fetch for $290 million. I’ve got some more thoughts on this in piece and will be sharing some later, but meantime, a quote from Fetch CEO Melonee Wise,

The Fetch team is excited to join Zebra and accelerate the adoption of flexible automation through AMRs and our cloud-based robotics platform. Together we have the right team with the right technology to provide end-to-end solutions that solve real customer problems. By helping customers dynamically optimize and holistically orchestrate their fulfillment, distribution, and manufacturing operations, together we help enable their ability to stay ahead of growing demand, minimize delivery times and address shrinking labor pools.

Update: This story has been updated to correct the number of roles set to be eliminated on Softbank Robotics’ French team.

*Picking berries not to be confused with picking…anything else. We’re rooting for you, Biz.