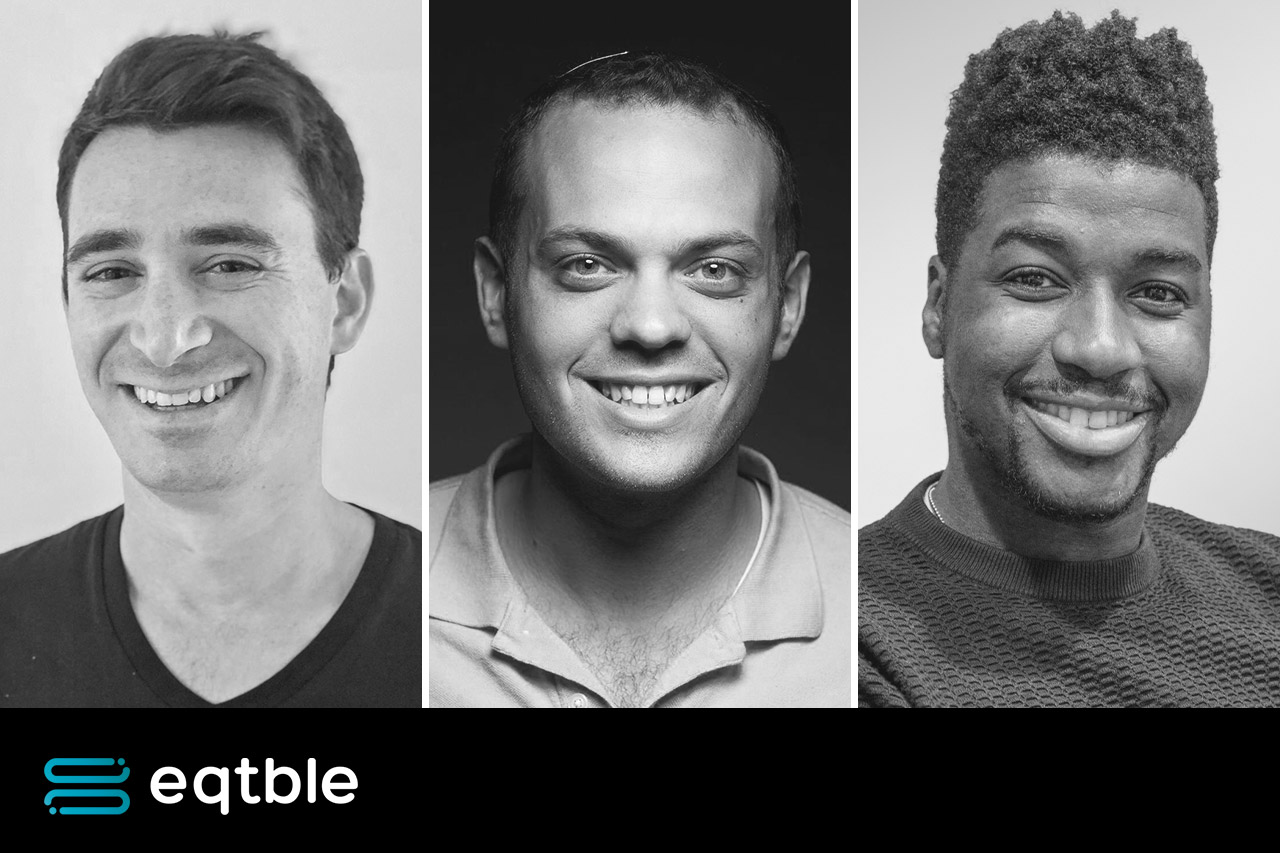 “People are the backbone of any organization. People are more important than the product. Without people, you don’t have a product,” says Joseph Ifiegbu, who is Snap’s former head of human resources technology and also previous lead of WeWork’s People Analytics team.

Ifiegbu’s startup, called eqtble, wants to give HR teams the same kind of detailed analytics that product, sales and marketing departments have had for a long time, with the goal of creating more engaged and inclusive workplaces. The company, a Y Combinator alum, announced today it has raised $2.7 million in seed funding, led by Initialized Capital, with participation from SB Opportunity Fund, RS Ventures and other venture capital firms and angel investors.

Ifiegbu joined WeWork’s People Analytics team in 2017, when the company had a total of about 2,000 employees. By the time he left in 2020, that number had grown to 15,000 people. One of Ifiegbu’s first hires at WeWork was Gabe Horwitz, the first data scientist on the People Analytics team and now eqtble’s co-founder and chief product officer. The startup’s third co-founder and chief technology officer is Ethan Veres.

At many companies, especially ones that are growing quickly, workforce data is scattered across different HR software, including human resources information systems (HRIS), engagement platforms, benefit programs and employee surveys.

Because information is so fragmented, companies can miss important correlations. For example, they might not see the links between why top employees are quitting and how long it typically takes to promote people, or overlook pay inequality. This in turn impacts a company’s culture, including its approach to diversity, equity and inclusion, and ability to retain talented people.

A glimpse inside the minds of tech’s DEI leaders

As WeWork was rapidly scaling, the People Analytics team built tools to analyze data from across the company.

“There were a lot of questions being asked, like what is our promotion like? What is our attrition, are we hiring more men than women? There were all these questions and bottlenecks in our processes, and we wanted to have an understanding of our employees,” says Ifiegbu. “So we built systems to capture all that data, clean it, structure it and deliver dashboard insights to our leadership.”

The process took about two years, and the People Analytics team eventually grew to 15 people. Ifiegbu and Horwitz realized there were many companies that needed the same kind of analytics, but didn’t have WeWork’s resources. This prompted them to start working on eqtble.

“It took us such a long time and quite a bit of money because we had this team [at WeWork],” he says. “So how do we build something that delivers these insights to them, but doesn’t take that much time to do it, because we realize it’s very important that leadership and decision makers have the data to make decisions about their employees.”

The current version of eqtble can be onboarded in six weeks, and Ifiegbu says the company’s goal is to shorten that process to just two days. Eqtble is sector agnostic and its target customers are high-growth companies that have between 250 to about 3,000 employees.

The human resources analytics platform can collect data from more than 100 sources (including Workday, ADP, Oracle, PeopleSoft, Qualtrics and Culture Amp, to name a few), and deliver insights and visualizations about four main areas: talent recruitment, workforce, engagement (including attrition, or when workers quit) and compensation. 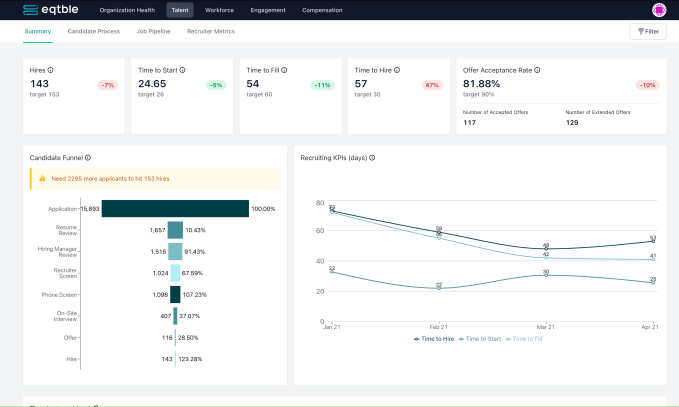 One of the things the platform can help HR teams do is identify why top candidates are declining offers.

For example, one of eqtble’s clients realized that their hiring managers were being passed more applications than they had time to look at. This created a bottleneck, because they weren’t able to interview people quickly enough. Other clients saw that candidates were dropping out because the interview process was too long.

“If you as an organization are saying ‘we’re going to have six rounds of interviews, it’s going to take three months to interview,’ you’re going to lose out on good candidates,” says Ifiegbu. “Other people are closing candidates within one to two weeks.”

It’s easy for a company to make DEI pledges, but even the best of intentions don’t result in progress if an organization isn’t willing to scrutinize itself. Because eqtble combines data from across a company, it can highlight potential issues before decision makers realize what is happening.

“Last year, all the companies were saying, ‘oh, we’re going to do this, we’re going to do all these things,’ and it’s like, ok, great, you can say anything, but the truth is you cannot change what you don’t measure,” says Ifiegbu.

For example, a company might be be proud of having a workforce that is divided equally between men and women, or that has a large percentage of people of color, when the reality is that many of them aren’t getting raises or being promoted into management roles.

“That 50/50 doesn’t mean anything if you don’t see representation at higher levels for women and people of color. What we’re doing is showing you a picture of your organization. If you can see the different parts of it, you can see the parts you can improve on and take actionable steps, not just lip service for the media,” says Ifiegbu. “Eqtble surfaces places you can improve or places where you are doing well so you can keep doing that.”

Ifiegbu is excited that the HR analytics space is gaining attention. “I feel like using data to drive decisions is such an important thing, and ultimately builds a healthier company.”

The seed funding will be used to grow eqtble’s engineering team and its platform’s machine learning and visualization capabilities, and user acquisition.

In a statement, Initialized Capital partner and president Jen Wolf said, “Important organizational issues like DEI or equitable compensation are not simply a box a company can check, they take honest commitment. Companies willing to make that commitment shouldn’t have to wait months or be discouraged by the financial investment it takes to understand the data they already own to make these meaningful changes. The eqtble team knows how to solve this, and they’re empowering other companies to do so.”