Coda entered the market with an ambitious, but simple, mission. Since its founding in 2014, it has seemingly forged a path to realizing its vision with $140 million in funding and 25,000 teams across the globe using the platform.

Coda is simple in that its focus is on the document, one of the oldest content formats/tools on the internet, and indeed in the history of software. Its ambition lies in the fact that there are massive incumbents in this space, like Google and Microsoft.

Co-founder and CEO Shishir Mehrotra told TechCrunch that that level of competition wasn’t a hindrance, mainly because the company was very good at communicating its value and building highly effective flywheels for growth.

Mehrotra was generous enough to let us take a look through his pitch doc (not deck!) on a recent episode of Extra Crunch Live, diving not only into the factors that have made Coda successful, but how he communicated those factors to investors. 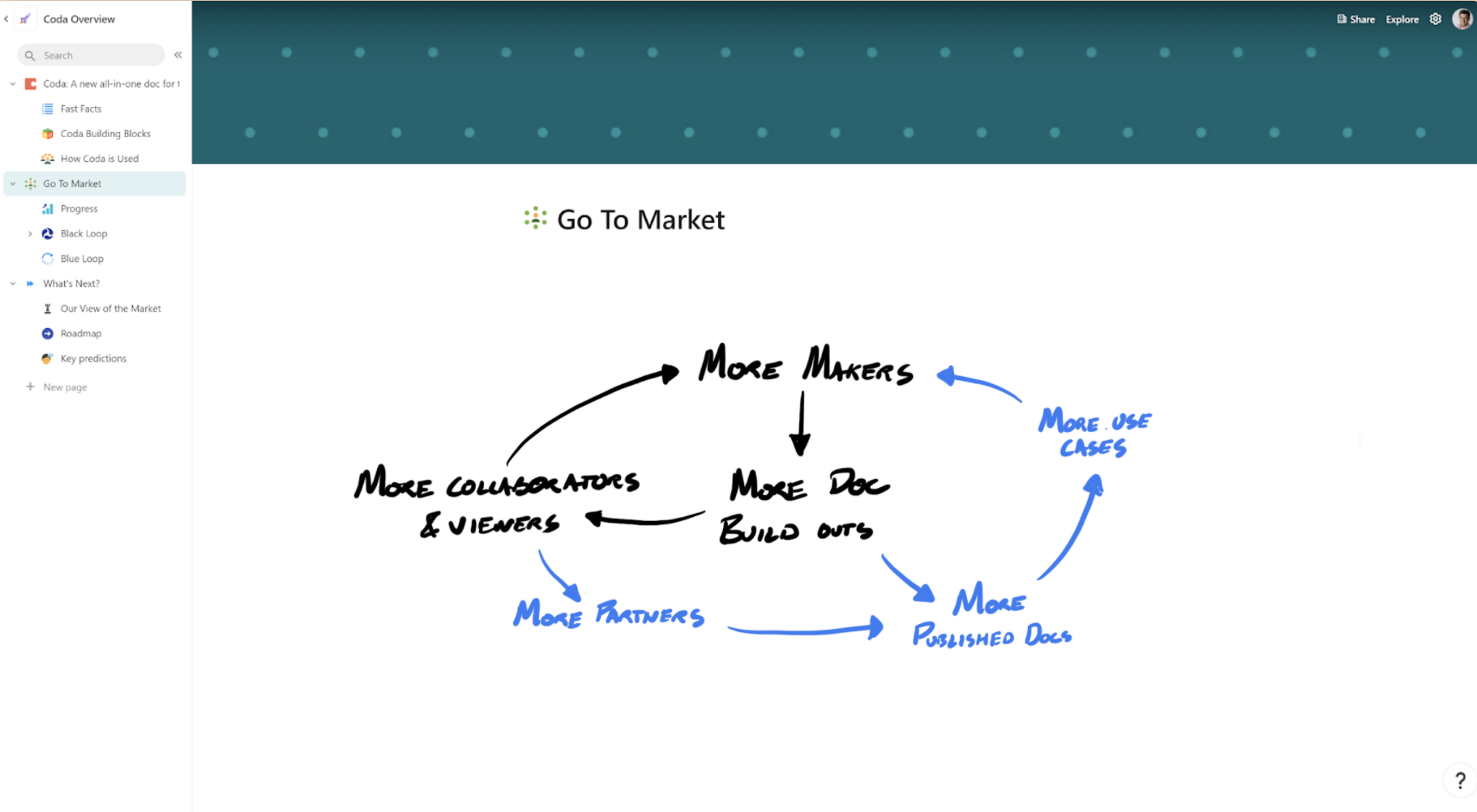 A screenshot from Coda’s pitch doc.

Extra Crunch Live also features the ECL Pitch-off, where founders in the audience come “onstage” to pitch their products to our guests. Mehrotra and his investor, Madrona partner S. Somasegar, gave their live feedback on pitches from the audience, which you can check out in the video (full conversation and pitch-off) below.

As a reminder, Extra Crunch Live takes place every Wednesday at 3 p.m. EDT/noon PDT. Anyone can hang out during the episode (which includes networking with other attendees), but access to past episodes is reserved exclusively for Extra Crunch members. Join here.

Like many investors and founders, Mehrotra and Somasegar met well before Mehrotra was working on his own project. They met when both of them worked at Microsoft and maintained a relationship while Mehrotra was at Google.

In their earliest time together, the conversations centered around advice on the Seattle tech ecosystem or on working with a particular team at Microsoft.

“Many people will tell you building relationships with investors … you want to do it outside of a fundraise as much as possible,” said Mehrotra.

Eventually, Mehrotra got to work on Coda and kept in touch with Somasegar. He even pitched him for Series B fundraising — and ultimately got a no. But the relationship persisted.