As part of the update to iOS 15, Apple will allow iPhone users to better customize how they want to be notified about incoming calls, texts or updates from apps based on their current status. With the new Focus feature instead of just silencing calls and notifications through Do Not Disturb, you’ll be able to set different types of notification preferences based on your status — like whether you’re driving, working, sleeping or through the use of custom categories of your own choosing.

The system also uses on-board AI to help determine what your status is at a given time. For example, the phone might suggest you turn off notifications when you’re arriving at the gym. 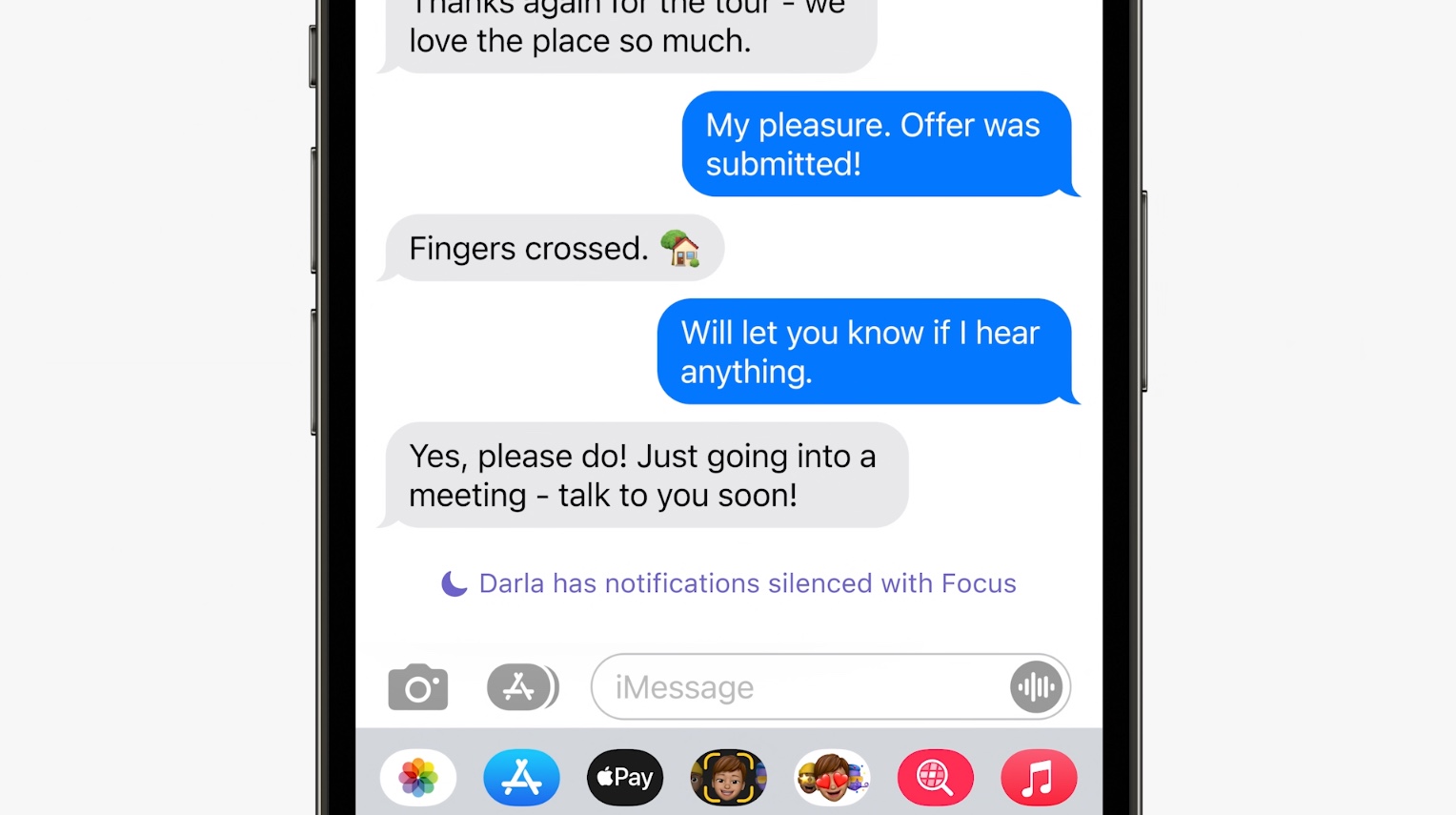 With the new Focus feature, you can customize how you want to be notified and when. For example, you could choose to only be notified by co-workers or by apps like Mail, Calendar or Slack. You can even dedicate a page on your home screen to match your current focus where organize your apps and widgets in a way that reduces temptations — for example, by making only your work apps visible. Other apps will still be available in the App Library.

When you use Focus, it will sync to all your other Apple devices, too, Apple notes.

We understand Focus settings can be determined by time, by entering or leaving a location, or by events in a calendar. There will be two new APIs related to Focus. One, the Status API will allow third-party apps to know whether or not its in Focus on not. A Time Sensitive API lets app deliver notifications that are time-sensitive and can override based on how you’ve allowed time-sensitive notifications to break through.

Notifications will have a new classification setting, ranging from low to critical. While apps may end up abusing this permission, they would risk being entirely turned off by the end user if they did so.

Have y'all 👀 iOS now classifies notifications across a range of passive <-> critical?

Notifications have a new look too, with contact photos for people and larger icons for apps, making them easier to identify.

In 2019, Tim Cook admitted that he himself had silenced many notifications, famously saying that “Apple never wanted to maximize user time. We’ve never been about that.” But we disputed that was the case, saying Apple could have designed a system that delivered notifications on a schedule, not in real time.

Apparently, Apple has now has: it’s called Notification Summary, which bundles and prioritizes incoming notifications, based on things like time of day. You can schedule this summary to be delivered at any time you choose, like in the morning or evening, for example. 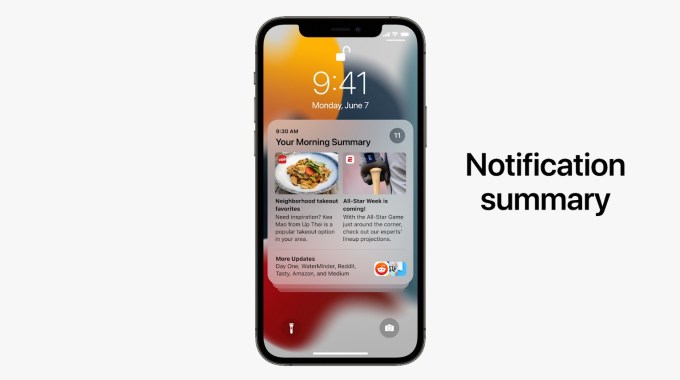 In another change, Do Not Disturb has been integrated directly into iMessage, so other users will know when you don’t want to be bothered by incoming notes.

Now, when you’re using Do Not Disturb, your status is automatically displayed in iMessage. When you reach out to someone who’s indicated they don’t want to be disturbed, you’ll be reminded in that moment. And for truly urgent messages, there’s still a way to get through, Apple noted.

The system can also be set up to send you a briefing as a big chunk during a time of day, making the lock screen notification a more interactive experience than in previous iOS versions.

These features, which involve better personalizing the phone to the user, somewhat recall the smart launchers that had been popular on Android devices many years ago, like Aviate or EverythingMe, among others, which customized your device based on what you were doing, the time of day and other factors. These apps never took off on iOS because Apple doesn’t allow third-party apps to deeply integrate with its mobile operating system or reconfigure the device’s home screen, and the trend fizzled out.

But Apple more recently has been customizing its iPhone to better reflect user preferences, including with the introduction of widgets and Siri Suggestions, which can even be a widget of suggested apps on the home screen.