As consumer behavior and expectations around privacy have shifted — and operating systems and browsers have adapted to this — the age of cookies as a means of tracking user behavior is coming to an end. Few people will bemoan this, but advertisers and marketers rely on having insights into how their efforts translate into sales (and publishers like to know how their content performs, as well). Google is obviously aware of this, and it is now looking to machine learning to ready its tools like Google Analytics for this post-cookie future. 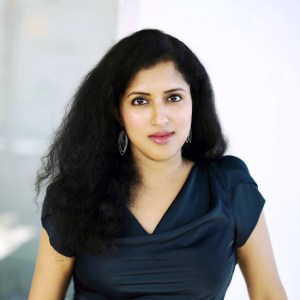 Last year, the company brought several machine learning tools to Google Analytics. At the time, the focus was on alerting users to significant changes in their campaign performance, for example. Now, it is taking this a step further by using its machine learning systems to model user behavior when cookies are not available.

It’s hard to underestimate the importance of this shift, but according to Vidhya Srinivasan, Google’s VP and GM for Ads Buying, Analytics and Measurement who joined the company after a long stint at Amazon two years ago (and IBM before that), it’s also the only way to go.

“The principles we outlined to drive our measurement roadmap are based on shifting consumer expectations and ecosystem paradigms. Bottom line: The future is consented. It’s modeled. It’s first-party. So that’s what we’re using as our guide for the next gen of our products and solutions,” she said in her first media interview after joining Google.

It’s still early days and a lot of users may yet consent and opt in to tracking and sharing their data in some form or another. But the early indications are that this will be a minority of users. Unsurprisingly, first-party data and the data Google can gather from users who consent becomes increasingly valuable in this context.

Because of this, Google is now also making it easier to work with this so-called “consented data” and create better first-party data through improved integrations with tools like the Google Tag Manager.

Last year, Google launched Consent Mode, which helps advertisers manage cookie behavior based on local data-protection laws and user preferences. For advertisers in the EU and in the U.K., Consent Mode allows them to adjust their Google tags based on a user’s choices and soon, Google will launch a direct integration with Tag Manager to make it easier to modify and customize these tags. 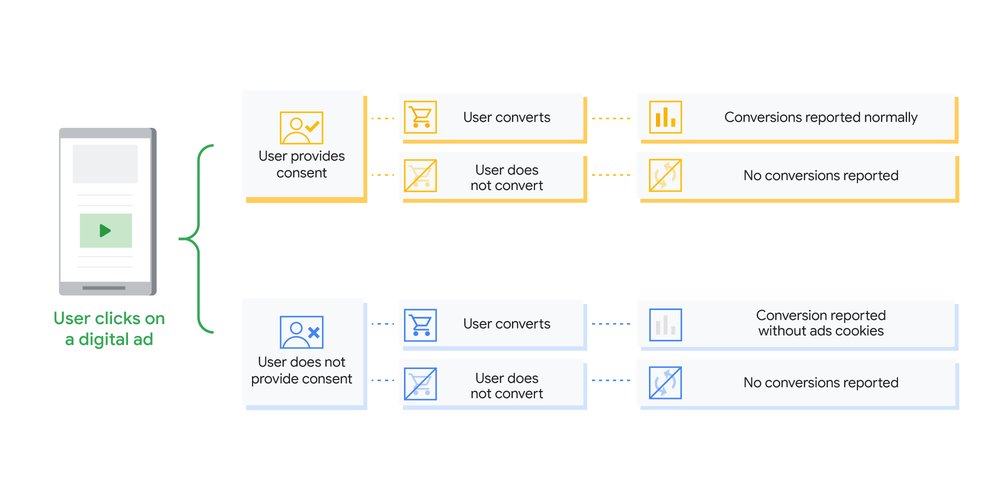 What’s maybe more important, though, is that Consent Mode will now use conversion modeling for users who don’t consent to cookies. Google says this can recover about 70% of ad-click-to-conversion journeys that would otherwise be lost to advertisers.

In addition, Google is also making it easier for bring in first-party data (in a privacy-forward way) to Google Analytics to improve measurements and its models.

“Revamping a popular product with a long history is something people are going to have opinions about — we know that. But we felt strongly that we needed Google Analytics to be relevant to changing consumer behavior and ready for a cookie-less world — so that’s what we’re building,” Srinivasan said. “The machine learning that Google has invested in for years — that experience is what we’re putting in action to drive the modeling underlying this tech. We take having credible insights and reporting in the market seriously. We know that doing the work on measurement is critical to market trust. We don’t take the progress we’ve made for granted and we’re looking to continue iterating to ensure scale, but above all we’re prioritizing user trust.”