Twitch evidently has no issues getting people to spend time on its platform — even politicians can draw huge crowds by streaming themselves playing games. But monetizing video content is hard, and Twitch has missed revenue targets for the last few years.

So how does Twitch make money? And more importantly, what subtle psychology does it use within its iOS app to encourage viewers to spend more?

I’m a UX analyst and the founder of UX community Built for Mars — where I regularly tear down some of the best products in the world, showing you how they’re made, and, more importantly, how they could be improved.

I recently published my analysis of Twitch. But for Extra Crunch subscribers, I wanted to go a little deeper and bridge the gap between what Twitch does and how you can make meaningful changes to your product’s UX.

In general, you should encourage the user to make the hard decision (i.e., to commit to subscribing), after understanding all the benefits.

So here are three UX tips to discuss during your next team Zoom call.

In short: The Anchor Effect is a heuristic bias whereby people will become attached (anchored) to an initial piece of information. For example, spending $1,000 on an iPhone may not seem like a bad deal if you saw an ad for the $1,500 one first — by comparison, it looks “cheap.”

On Twitch, when a new user subscribes to a channel for the first time, they’re shown the benefits of subscribing, and then asked how long they want those benefits for before being shown a price. 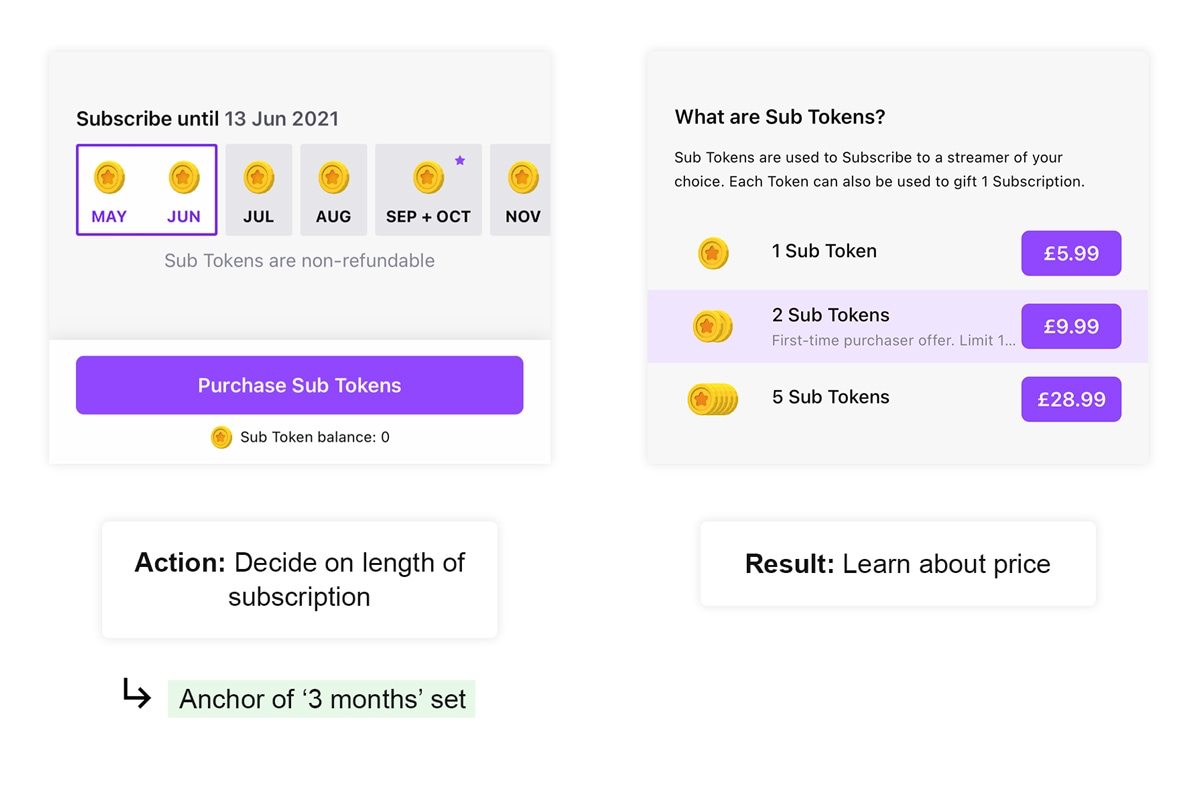 This type of bias is everywhere. For example, the order of your pricing tiers will affect conversions — which is likely why Mailchimp shows its pricing tiers in reverse order.