Meet Leeway, a French startup that is building an end-to-end software-as-a-service solution for your contracts. Leeway lets you centralize all your contracts in a single repository, go through multiple negotiation steps and trigger a DocuSign event for the signature.

The company raised a $4.2 million seed round from HenQ, Kima Ventures as well as several business angels, such as the founders of Algolia, Eventbrite, Spendesk, MeilleursAgents, Livestorm and Luko.

If you’re working for the legal department of your company, you’re probably working with multiple tools. Chances are you’re using Microsoft Word to write a contract, a cloud service to store and share the contract with your teammates and business partners, and an e-signature and archival service.

Leeway is optimizing this workflow at every step. First, you can store all your contracts on Leeway. In addition to making it easier to find a contract later down the road, you can get reminders when a contract is about to expire so you can renew a contract.

How to establish a startup and draw up your first contract

Second, you can edit your contract from Leeway directly. For instance, a manager can review a contract and write changes in Leeway’s interface. The employee can then start a revision and save a new version of the contract.

After that, you can send the contract from the same interface. Administrators can set up approval workflows so that several people need to approve a contract before it is signed. As everything is centralized, you can get an overview of all your contracts that are currently in the pipeline. 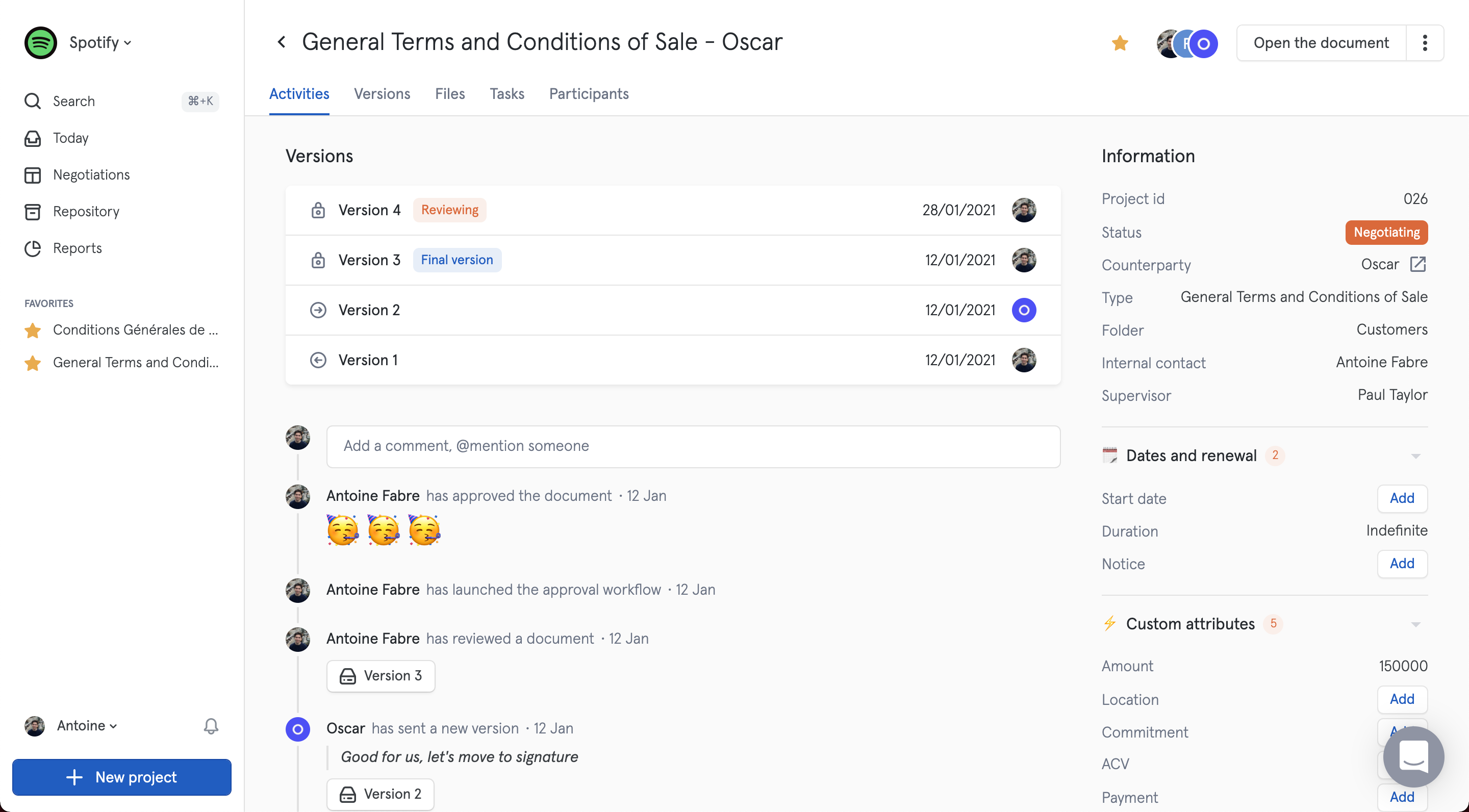 Up next, Leeway is thinking about integrating conditional clauses within the product. Usually, big companies have several versions of the same clause — very favorable, favorable, not so favorable, etc. When a client is negotiating, Leeway customers could switch the clause from very favorable to favorable for instance.

Right now, around 30 companies are using Leeway to manage their contracts. Clients include Voodoo, Evaneos, Ifop and Fitness Park. “We have a very specific customer base — the legal department of companies with 100 to 500 employees,” co-founder and CEO Antoine Fabre told me.

It doesn’t mean that smaller and bigger companies shouldn’t be using Leeway. But companies with fewer than 100 employees don’t necessarily have a full-fledged legal department. The sales team or the finance department could act as the legal-ish team. But Leeway still has a lot of room to grow. 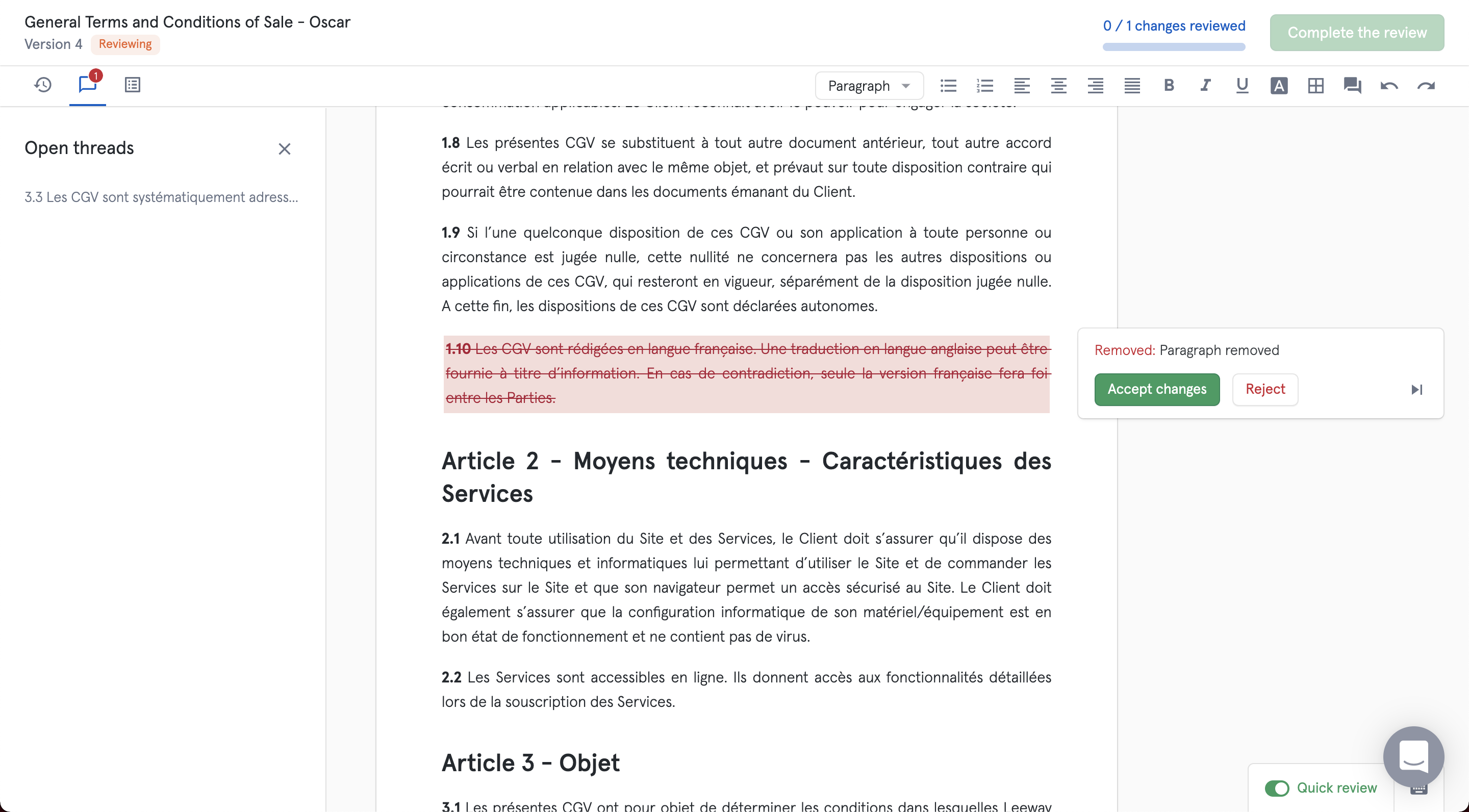