According to a McKinsey report, the total number of mobile money services worldwide was 282 in 2017, with more than half of those operating in sub-Saharan Africa.

In 2020, these numbers increased significantly, but the ratio remained similar. In 96 countries, there are 310 live mobile money services, according to a GSMA report. Out of that number, 171 are from Africa, while 157 are in sub-Saharan Africa.

In Tanzania, mobile money services can be relatively difficult to use due to unstable internet and high service fees. Benjamin Fernandes noticed this as a national television host while building a mobile money service to enable people to pay for TV subscriptions in East Africa back in 2011.

Six years later, he would start his own mobile money and wallet aggregator, NALA, to solve these issues. Its first mobile application allowed users to make mobile money payments and utilize mobile banking without an internet connection. The business grew to 250,000 users in over a year after its official launch.

Last year, the WorldBank predicted a sharp decline of international remittances to Africa. But even though Africa is still the most expensive region to send money to, with averages of 10.6% in transaction fees, the opposite happened. There was an increase in remittance activity on the continent.

Kenya, for instance, had its highest-ever inbound remittance at $3 billion, while WorldRemit acquired Sendwave in August 2020 for $500 million and Mama Money claimed to have grown 500% within the year.

NALA also noticed an uptick in remittance requests where one in seven users wanted to receive money internationally. This happened despite not being in that business at the time. It’s not hard to see why: Presently, more than 70% of money sent to Sub-Saharan Africa is transacted through physical stores. When many over-the-counter services were suspended or limited due to coronavirus restrictions, people were left with expensive, unreliable or hard-to-access alternatives.

Combined with the increasing trend for digital-first financial services and listening to some users’ requests, NALA began testing international money transfers in August 2020 to facilitate payments from the U.K. to Kenya, Uganda and Tanzania. By building a multi-currency ledger where people can send money from the U.K. to Tanzania and back to the U.K., Fernandes says NALA can build a Wise for Africa.

“I believe international payments are only 1% built today. Until you can send money both ways seamlessly, our work isn’t done,” Fernandes told TechCrunch. “We believe African markets should be ‘sender’ markets, too; there is a lot of trade happening with other countries, and most of the money is sent via costly bank wires or at physical stores. It doesn’t need to be this way; it’s time for something better.”

Various platforms are trying to achieve this, but none specifically targets the East African region. That is NALA’s play, according to the CEO. “This is where we see a big advantage for us. We are local, we understand mobile money, we built bill payments on our previous product, and this is an extension of that,” he added. 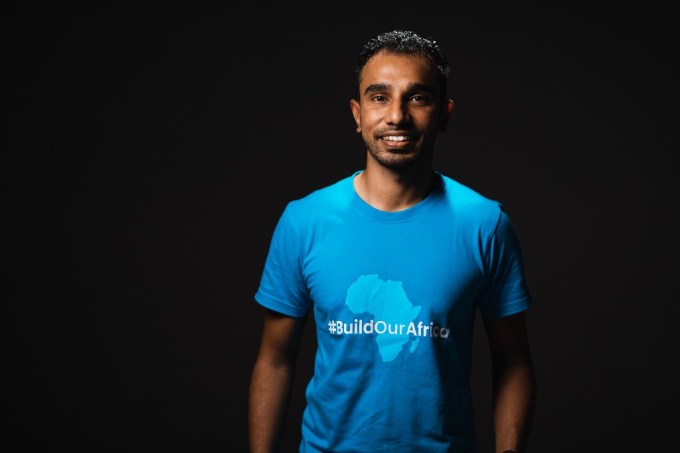 Since graduating as the first East African company from Y Combinator in 2019, NALA has brought other interesting investors on board to support its mission. The most notable is Accel, which has been kept under wraps for some time. The VC firm rarely makes deals on the continent and has only invested in NALA and Egypt’s Instabug. Other backers include NYCA Partners and angel investors like Shamir Karkal (co-founder of Simple), Peeyush Ranjan (former Flipkart CTO and current head of Google Payments) and Thomas Stafford (DST Global).

NALA also enlisted the services of Nicolas Esteves (who was the VP of engineering at Osper and had a stint at Monzo) to become the company’s CTO which, according to Fernandes, will considerably improve the company’s chances of achieving its goal. “When we brought someone of his calibre on our team, it just opened up the doors of what we could accomplish because he has built multi-currency ledgers across different large companies.”

For now, though, the company will be rolling out a beta product next month for U.K.-based customers sending money to Kenya and Uganda (Tanzania will come later). The company claims that the service will support instant payments to all major mobile money accounts and says it is closing some banking partnerships that will allow it to facilitate money transfers from East Africa to the U.K.