Indian edtech giant Byju’s, which raised over a billion dollars last year as the pandemic accelerated the adoption of online learning services in India, is about to begin a new fundraising spree.

Byju’s is in talks to raise over $600 million in a new financing round that values the Indian startup at $15 billion, up from about $11 billion late last year, and $5.75 billion in July 2019, two people familiar with the matter told TechCrunch.

Byju Raveendran, the co-founder and chief executive of the eponymous startup, informed some existing investors last month that he would be raising a sizeable round this month, a person familiar with the matter said. The new round is in advanced stages of talks and its size could become bigger; some new investors are expected to lead and participate, the people said.

A Byju’s spokesperson declined to comment last month and earlier this week. 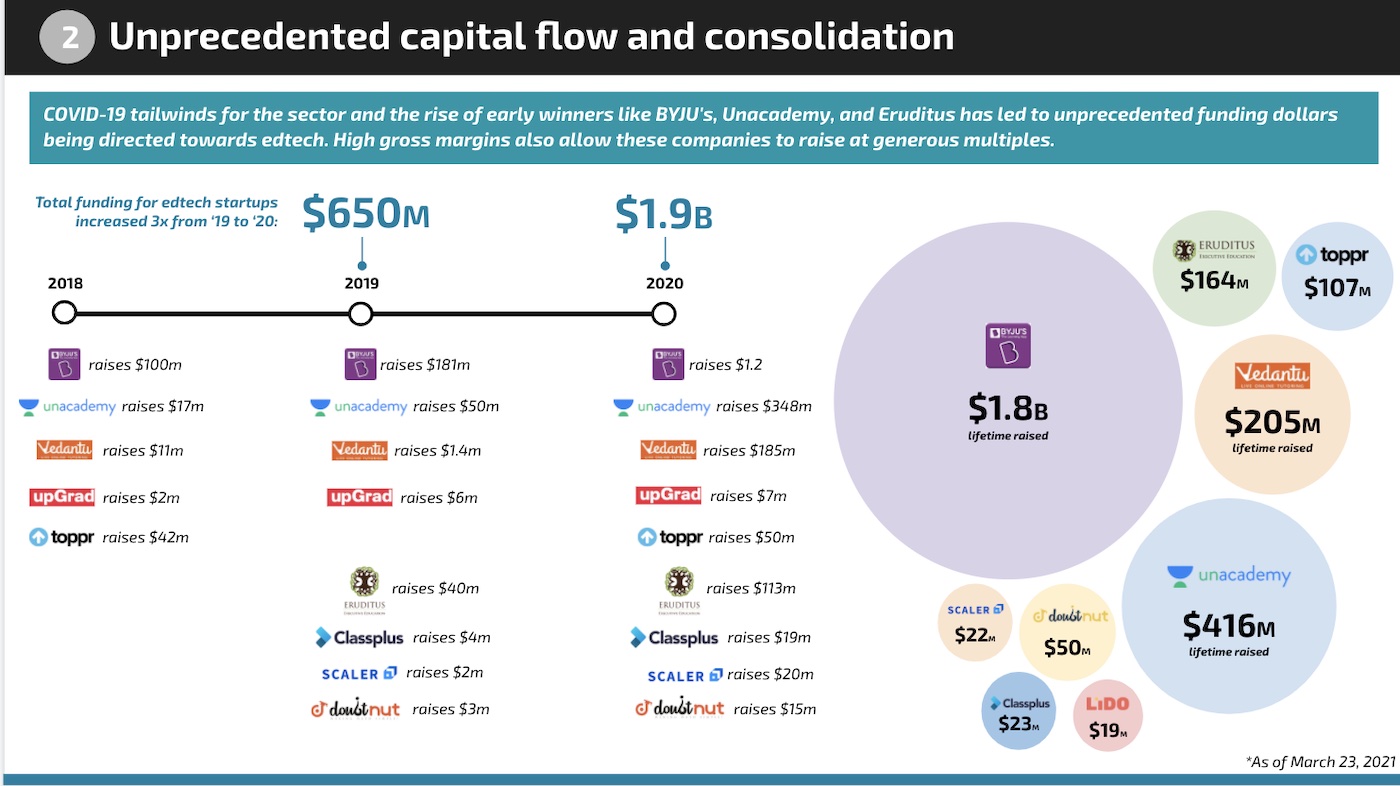 The startup plans to use the fresh capital, in part, to acquire more startups. It is currently in talks with a U.S.-based firm — the name of which TechCrunch could not ascertain — for an acquisition, and is conducting due diligence to buy Indian physical coaching institute Aakash and online learning startup Toppr, the people said, requesting anonymity as talks are private. Byju’s acquired WhiteHat Jr., which offers online coding classes to school-going students in India and the U.S., for $300 million a year ago.

Byju’s prepares students pursuing undergraduate and graduate-level courses, and in recent years it has also expanded its catalog to serve all school-going students. Tutors on the Byju’s app tackle complex subjects using real-life objects such as pizza and cake.

The pandemic, which prompted New Delhi to enforce a months-long nationwide lockdown and close schools, accelerated its growth, and those of several other online learning startups including Unacademy and Vedantu.

It has amassed over 80 million users, 5.5 million of whom are paying subscribers. Byju’s, which is profitable, generated revenue of over $100 million in the U.S. last year, Deborah Quazzo, managing partner of GSV Ventures (which has backed the Indian startup), said at a session held by Indian venture fund Blume Ventures earlier this week.

The startup executives said at a recent UBS event that Byju’s current revenue run rate is $800 million, a figure they expect will reach $1 billion in the next 12-15 months.

Byju’s is currently the second most valuable startup in India, behind financial services startup Paytm, which was valued at $16 billion in its previous fundraise.