Globally, YouTube has agreements with over 250 publishers and labels for use in the Shorts product, it says.

The YouTube Shorts product itself was first introduced in September and has been beta testing in India over the past several months, where it has since seen adoption triple.

Creators have access to tools stop and start recording short video segments with a tap, much like the leading short-form app. They can also select the video’s backing music or sound and utilize a small handful of in-app editing features. At launch, these include speed controls to slow or speed the audio, a countdown timer, text timing capabilities to make text appear on the screen at certain times and, soon after launch, color adjustment filters. 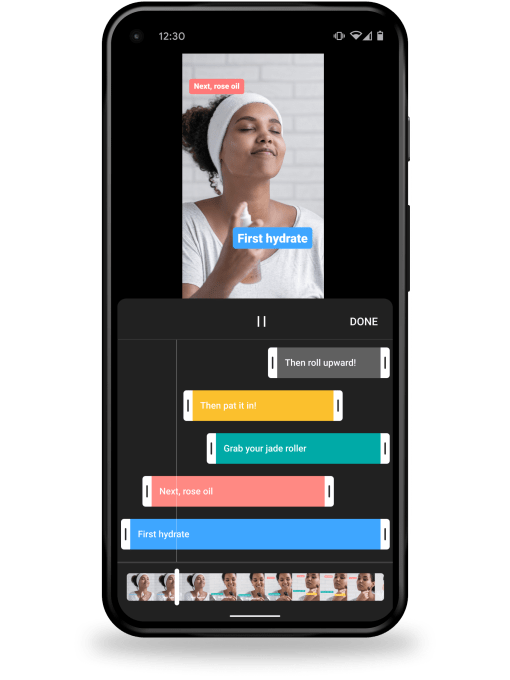 But while YouTube Shorts has a clever tool that lets you select the part of the song you want to use in your video, it’s lacking the more intelligent automatic sound-syncing feature that makes TikTok so accessible for beginners. YouTube’s product also at launch lacks a large catalog of special effects — like the AR features or green-screen options found on TikTok. Instead, like Instagram Reels, the initial goal with Shorts is to simply lower the barrier to entry for users who want to create and publish short-form video content on an existing social platform.

On the viewer’s side, the TikTok comparisons are even more obvious.

Currently, the experience can be launched via the YouTube Shorts shelf on the YouTube homepage, which has already been live in some markets, and, soon, from a dedicated Shorts tab in the YouTube mobile app. 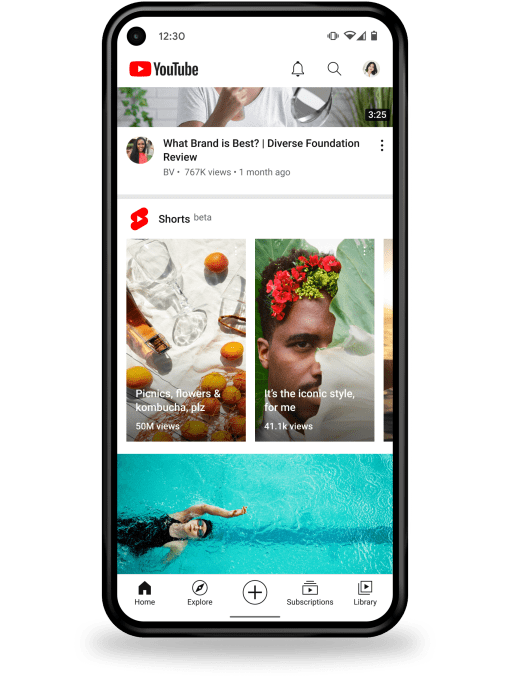 Once launched, you’ll be taken to a familiar full-screen vertical video experience where you can double-tap to like a video, tap into the comments or share the video with others. You can also subscribe to the creators’ YouTube channel from Shorts, if you find their content interesting.

You can also tap on hashtags in YouTube Shorts that will take you to a page with other videos using the same hashtag. (This, to be clear, is separate from the other YouTube hashtag pages announced recently, which will host both longer-form and short-form content.) 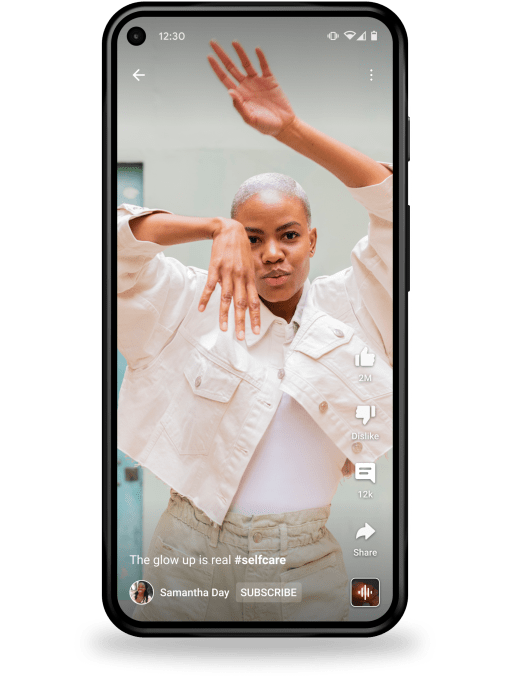 Also like TikTok, you can tap on the music icon — in YouTube Shorts, a square icon, not a spinning record as on TikTok — to be taken to a page featuring that same sound. Here, you’ll find all the other Shorts using that sound and have the option to do the same. 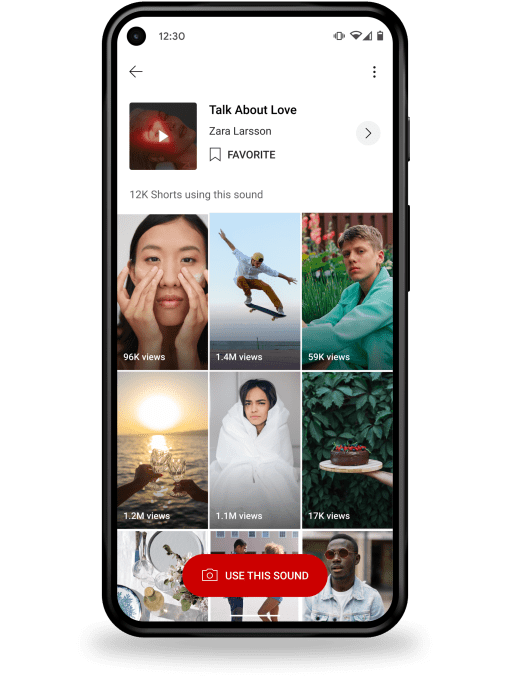 This “sound” could be a clip from a popular song, original audio or what YouTube calls “remixed” content. The latter refers to how Shorts creators can sample from other Shorts videos to make their own sounds. And, in the months to come, the company will expand this remixing capability across YouTube’s billions of longer-form videos. YouTube creators can choose to opt out of having their original audio remixed for Shorts’ clips, but by doing so they may limit themselves from finding a new audience.

YouTube suggests creators could remix videos to show themselves reacting to their favorite jokes, trying a YouTuber’s recipe or re-enacting a comedic skit, among other things. 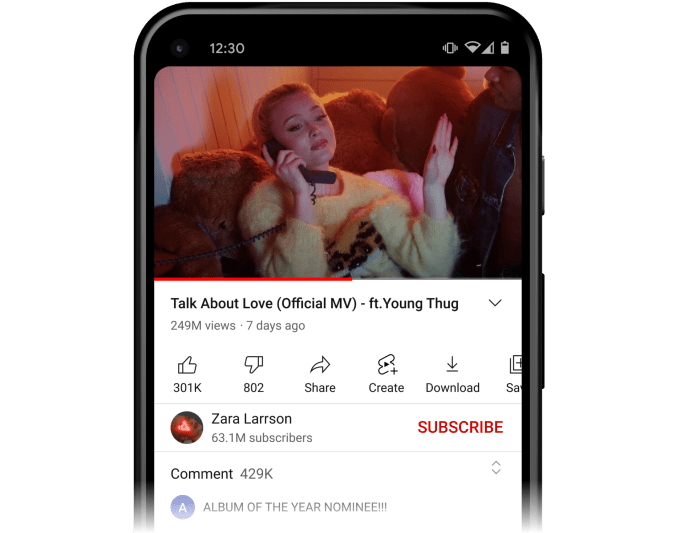 Since its launch in India, the YouTube Shorts player has passed 6.5 billion daily views globally. However, YouTube wouldn’t say how many creators had adopted the product, nor how many Shorts videos have been produced. But the Indian market is not representative of how Shorts may fare in the U.S. because the country banned TikTok last year, helping to boost other short-form video apps as a result.

YouTube, of course, isn’t the first social platform to copy TikTok. Instagram and Snapchat have done the same with Reels and Spotlight, respectively. But in YouTube’s case, it’s even more critical to offer support for short-form video to stay relevant in a market where TikTok has become one of the most downloaded mobile apps and a preferred tool for watching video content on mobile devices.

“I think Shorts and short-form video has come to feel like a natural progression for YouTube,” noted YouTube’s Todd Sherman, the product lead for YouTube Shorts. “We’re the original user generated video platform. And that was really based around video that’s created on the desktop — digital cameras, desktop computers and video editing software. Now, we’re really keen to take a step forward into this new world of video that’s really native to the phone,” he says. “And it’s really important that we build this in partnership with the creator community…and for that matter, even more broadly, the same goes for viewers and our partners in the music industry,” Sherman adds.

The YouTube Shorts product is still considered a beta, as YouTube expects to iterate on the Shorts experience over time, and respond to user feedback as it develops new features.

Longer-term, YouTube believes Shorts will differentiate itself from others on the market by way of its connection to the larger YouTube platform.

“There’s a two-way door here where we’re building a short-form video ecosystem,” explains Sherman. “You can take a step forward into YouTube or even YouTube Music in the foreseeable future. And then from YouTube, you could also initiate creation into Shorts. That bridging of ecosystems, I think is an important part of this,” he adds.

So far, however, TikTok rivals have often seen creators simply repurposing their TikTok videos for use on other platforms — not developing original content for each of the three: TikTok, Reels and Spotlight.

YouTube Shorts’ video creation tools will begin to roll out to U.S. users starting today, and will expand to all of the U.S. over the next several weeks, the company says.