Pangea, a marketplace startup that wants to connect college freelancers and companies in need of digital help, is seeing its growth rate accelerate as it races toward the impending Y Combinator demo day.

It’s traditional around this time that startups in the accelerator reach out to say hello. Provided that they are willing to chat growth metrics, we’re willing to listen.

Pangea, based in Providence, Rhode Island, is one such company. TechCrunch previously covered the company when it announced a $400,000 pre-seed round last April. Now most of the way through the YC accelerator, the company dished regarding its recent growth and the fact that it added more capital to its accounts late last year. 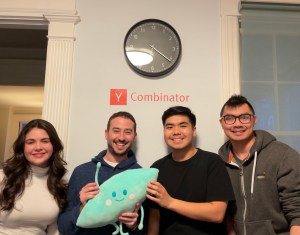 The Pangea team, from their shared house/office. Via the company.

On the growth side of the coin, Pangea CEO Adam Alpert told TechCrunch the company has grown its gross merchandise volume (GMV) sequentially by 35% in each of the last two months. That’s a steep pace of GMV expansion. And the growth is adding up to real numbers, with Pangea facilitating $50,000 in transactions between college freelancers and businesses in the last four weeks.

And the company has managed to expand its market take rate to around 25%, tinkering with how it charges for its service. The result is a model that might resonate with anyone familiar with Fiverr, and may help the company more rapidly expand its net revenue.

The company’s recent growth comes after it secured another $350,000 in November 2020 at a higher cap to its previously known pre-seed round. And, of course, it raised $125,000 from Y Combinator, funds that landed in its accounts this January.

Pangea is now active in 600 campuses, Alpert said. And it has found where its service is most in-demand, namely among emerging brands and smaller tech startups. Those firms often need the types of services that college kids are good at — social media, design, etc. — making them a good fit.

The company was somewhat coy on upcoming product news but was clear that it’s looking for investing partners as it works toward Series A scale. Let’s see how Pangea does in a few weeks.