For founder Najette Fellache, coming to the Bay Area a few years ago from Nantes, France was a way to grow a company she’d founded and which was already beginning to count major U.S. corporations like GE, Tesla, Amazon, and Medtronics as customers.

What that six-year-old outfit, Speach, sells is essentially knowledge-sharing between colleagues via videos produced by the employees themselves, often to augment written instructions. The idea is to maximize learning, fast, and investors liked it enough to provide Speach with $14 million in funding.

But while the technology has only become more relevant in a world shut down by COVID-19, an internal project within the company began to interest Fellache even more after her children abruptly began attending school remotely from home. As she tells it, her aha moment came in the form of a drawing from her youngest son, who struggled to understand why his mother’s meetings kept taking precedent over him. 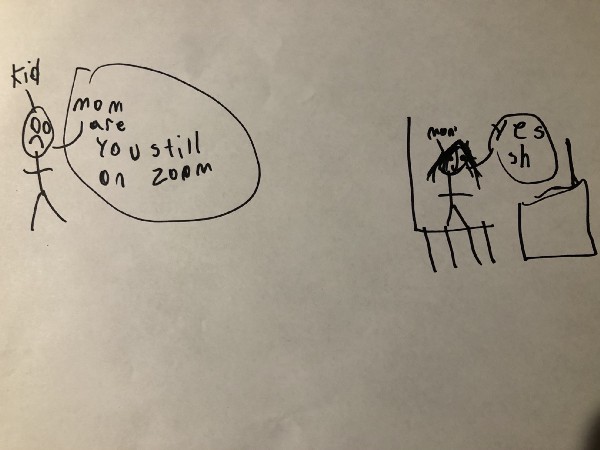 Like many parents trying to figure out how to balance work and family over the last year, Fellache wasn’t immediately sure of how to parent around the clock while also leading a company. Unlike a lot of parents, she had access to engineers who could create a technology that enabled her, along with other members of Speach’s team, to make short videos that could quickly communicate important information and be viewed at the recipient’s convenience — as well as saved for future reference.

In fact, as sometimes happens with internal projects, the technology worked so well for Speach that it has since taken on a life of its own. Indeed, using a bit of that earlier funding from Speach — its backers are Alven and Red River West, a fund co-managed by Artémis, the investment company of the Pinault family — Fellache and a team of 10 employees this week launched Weet, a new asynchronous video startup.

It’s entering a crowded field. Fellache is hardly alone in recognizing the power of asynchronous meetings as an attractive alternative to phone calls, real-time meetings and even email, where tone is often lost and content can be misconstrued. Loom, for example, a six-year-old enterprise collaboration video messaging service that enables users to send short clips of themselves, has already raised at least $73 million from investors, including Sequoia Capital, Kleiner Perkins and Coatue.

Another, newer entrant is SuperNormal, a year-old, Stockholm, Sweden-based work communication platform that employs video and screen recording tools to help teams create and send asynchronous video updates throughout the day and which raised $2 million in seed funding led by EQT Ventures in December.

Still, if you believe that the future of work is remote, it’s clear that the opportunity here is a big one. Further, Weet — which is accessible for free via a browser extension and whose integrations with both Slack and Microsoft Teams are scheduled to go live next month — is fast becoming a better product than some of what’s available in the market already, says Fellache.

Weet already features instant recording, screen sharing, virtual backgrounds, video filters, emoji reactions, commenting options and auto transcription. For a premium paid version in the works, it is also developing features that will make it easier to organize discussions for users. Imagine, for example, a salesperson looking for communications about a potential client and wanting notes from those auto-transcriptions that are presented together in one email to that individual.

As for privacy, Fellache points to the data management expertise that Speach has developed over time working with clients like Airbus and Colgate-Palmolive that are acutely mindful of privacy. Weet — which Fellache says is already being used by units inside Colgate-Palmolive — employs the same standards and practices.

Weet is seemingly taking a different approach on the marketing front, too. Fellache says while some rivals enable users to publish one video at a time, Weet is a more conversational tool where teammates and contacts can create sections of the same video for a back-and-forth, sending video feedback, audio feedback, sharing their screen or reacting with emoticons.

Put another way, Weet enables not only the exchange of more critical information but can invite more interaction broadly and, presumably, strengthen team relationships in the process.

“It’s a discussion, not a transaction,” Fellache offers, and that’s important, she suggests. As she has seen firsthand, in a world where teams are increasingly scattered around the globe, open communication is more central than ever to a company’s success — and that of its employees.