It’s (virtual) Microsoft Ignite this week, Microsoft’s annual IT-centric conference and its largest, with more than 26,000 people attending the last in-person event in 2019. Given its focus, it’s no surprise that Microsoft Teams is taking center stage in the announcements this year. Teams, after all, is now core to Microsoft’s productivity suite. Today’s announcements span the gamut from new meeting features to conference room hardware.

At the core of Teams — or its competitors like Slack for that matter — is the ability to collaborate across teams, but increasingly, that also includes collaboration with others outside of your organization. Today, Microsoft is announcing the preview of Teams Connect to allow users to share channels with anyone, internal or external. These channels will appear alongside other teams and channels and allow for all of the standard Teams use cases. Admins will keep full control over these channels to ensure that external users only get access to the data they need, for example. This feature will roll out widely later this year.

What’s maybe more important to individual users, though, is that Teams will get a new PowerPoint Live feature that will allow presenters to present as usual — but with the added benefit of seeing all their notes, slides and meeting chats in a single view. And for those suffering through yet another PowerPoint presentation while trying to look engaged, PowerPoint Live lets them scroll through the presentation at will — or use a screen reader to make the content more accessible. This new feature is now available in Teams.

Also new on the presentation side is a set of presentation modes that use some visual wizardry to make presentations more engaging. “Standout mode” shows the speaker’s video feed in front of the content, for example, while “Reporter mode” shows the content above the speaker’s shoulder, just like in your local news show. And side-by-side view — well, you can guess it. This feature will launch in March, but it will only feature the Standout mode first. Reporter mode and side-by-side will launch “soon.”

Another new view meant to visually spice up your meetings is the “Dynamic view.” With this, Teams will try to arrange all of the elements of a meeting “for an optimal viewing experience,” personalized for each viewer. “As people join, turn on video, start to speak, or begin to present in a meeting, Teams automatically adjusts and personalizes your layout,” Microsoft says. What’s maybe more useful, though, is that Teams will put a gallery of participants at the top of the screen to help you maintain a natural eye gaze (without any AI trickery). 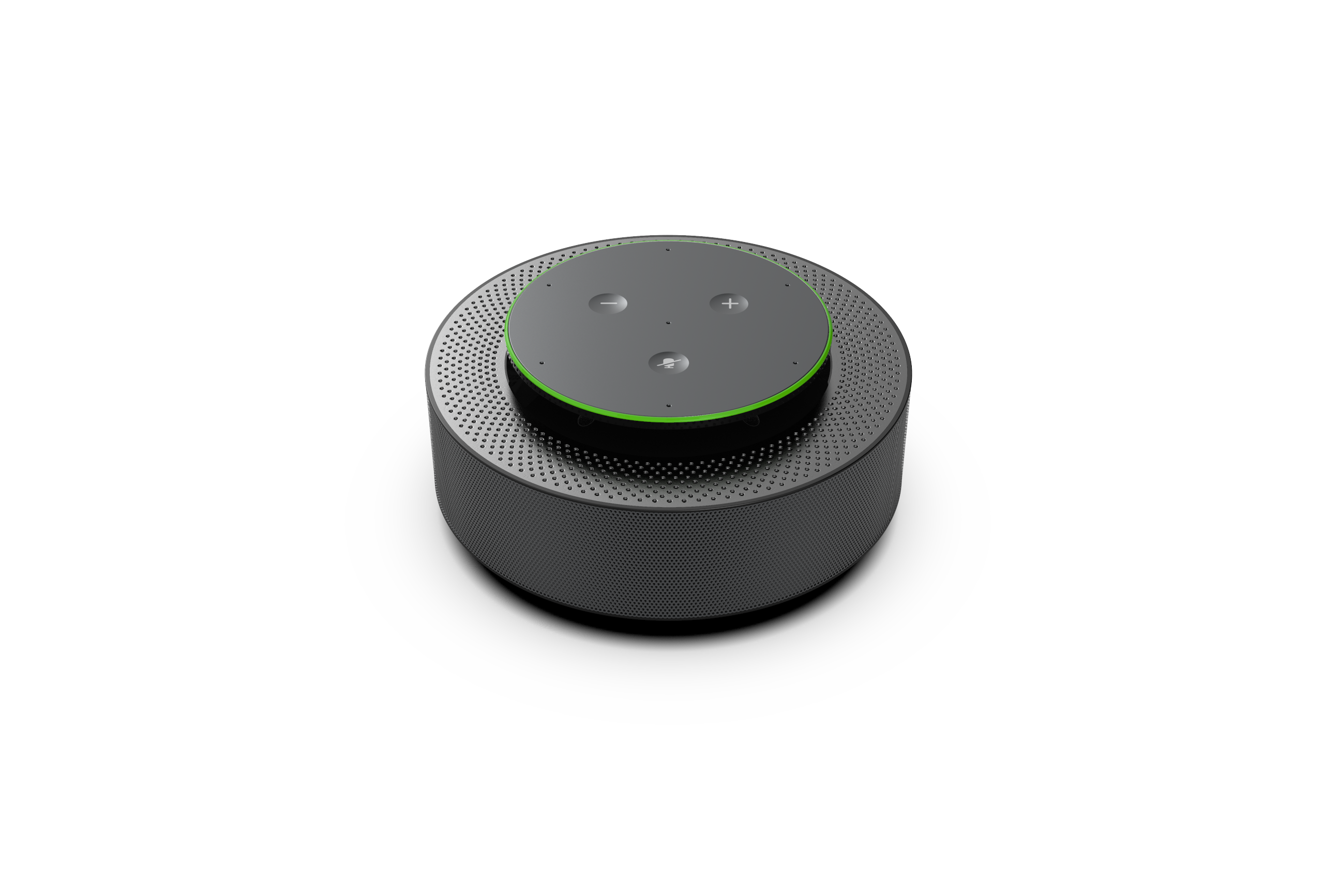 As for large-scale meetings, Teams users can now hold interactive webinars with up to 1,000 people inside and outside of their organization. And for all of those occasions where your CEO just has to give a presentation to everybody, Teams supports broadcast-only meetings with up to 20,000 viewers. That’ll go down to 10,000 attendees Update: Microsoft has now changed the end date for supporting the 20,000-people limit to “end of the year” after first providing us with materials that had the original date of June 30, 2021 in it.

For that time when we’ll go back to an office, Microsoft is building intelligent speakers for conference rooms that are able to differentiate between the voices of up to 10 speakers to provide more accurate transcripts. It’s also teaming up with Dell and others to launch new conference room monitors and speaker bars.