A little less than three years ago at the Computer Science Museum in Mountain View, California, the founders of a young company hailing from Cambridge, England addressed a crowd of celebrities, investors and entrepreneurs at Y Combinator’s August Demo Day promising a revolution in food science.

Over the years, the event has become a relatively low-tech, low-budget showcase for a group of tech investors and billionaire industry insiders to take a look at early-stage businesses that could be their next billion-dollar opportunity.

Sharing the stage with other innovation-minded budding entrepreneurs, the Cambridge scientists boasted of a technology that could produce a sweetener that would mimic not just the taste of sugar, but the caramelization and stickiness that makes sugar the go-to additive for the bulk of roughly 74% of packaged foods that are made with some form of sweetener. Their company, Cambridge Glycoscience  could claim a huge slice of a market worth at least a $100 billion market, they said.

Now, the company has a new name, Supplant, and $24 million in venture capital financing to start commercializing its low-cost sugar substitute made from the waste materials of other plants.

The bitter history of the sweetest ingredient

Sugar came into the human diet roughly 10,000 years ago as sugarcane, which is native to New Guinea and parts of Taiwan and China. Over the next 2,000 years the crop spread from those regions to Madagascar, and eventually took root in India, where it was first refined in about 500 BC.

From there, the sweetener spread across the known world. By the first century AD Greek and Roman scholars were referencing its medicinal properties and, after the Crusades, sugar consumption traveled across Europe through the Middle Ages.

It was a welcome replacement from Europe’s mainstay, honey, and the early artificial sweeteners used by the Romans, which contained near-lethal doses of lead.

The cold climates of Northern Europe proved mostly inhospitable to sugarcane cultivation, so the plant took root in the more temperate South and the islands off Europe’s southern coast.

Those regions also became home to the first European experiments with agricultural slavery — a byproduct of the sugar trade, and one that would plant the seeds for the international exploitation of indigenous American and African labor for centuries as the industrial growth of sugar production spread to the New World.

First, European indentured servants and enslaved indigenous people’s powered the production of sugar in the Americas. But as native populations died off due to the introduction of European diseases, genocidal attacks and back-breaking labor, African slaves were brought to the new colonies to work the fields and mills to make refined sugar.

The horrors of slavery may be the most damning legacy of industrial sugar, but it’s far from the only problem caused by the human craving for sweeteners.

As climate change becomes more of a threat, fears of increasing deforestation to meet the world’s demand — or to provide cover for other industrialization of virgin forests — have arisen thanks to new policies in Brazil.

“Conventional cane sugar is heavily water intensive,” said Supplant co-founder Tom Simmons in an interview. That’s another problem for the environment as water becomes the next resource to be stressed by the currents of climate change. And species’ extinction presents another huge problem too.

“The WWF number one source for biodiversity lost globally is cane sugar plantations,” Simmons said. “Sugar is a massive consumer of water and in contrast, there’s big sustainability pitch for what we do… the raw materials are products of the current agricultural industry.”

And the quest for sugar substitutes in the U.S. has come with related health costs as high-fructose corn syrup has made its way into tons of American products. Invented in 1957, corn syrup is one of the most common sweeteners used to replace sugar — and one that’s thought to have incredibly disastrous effects on the health of consumers worldwide.

The use of corn syrup has been linked to an increasing prevalence of diabetes, obesity and fatty liver disease in the world’s population. 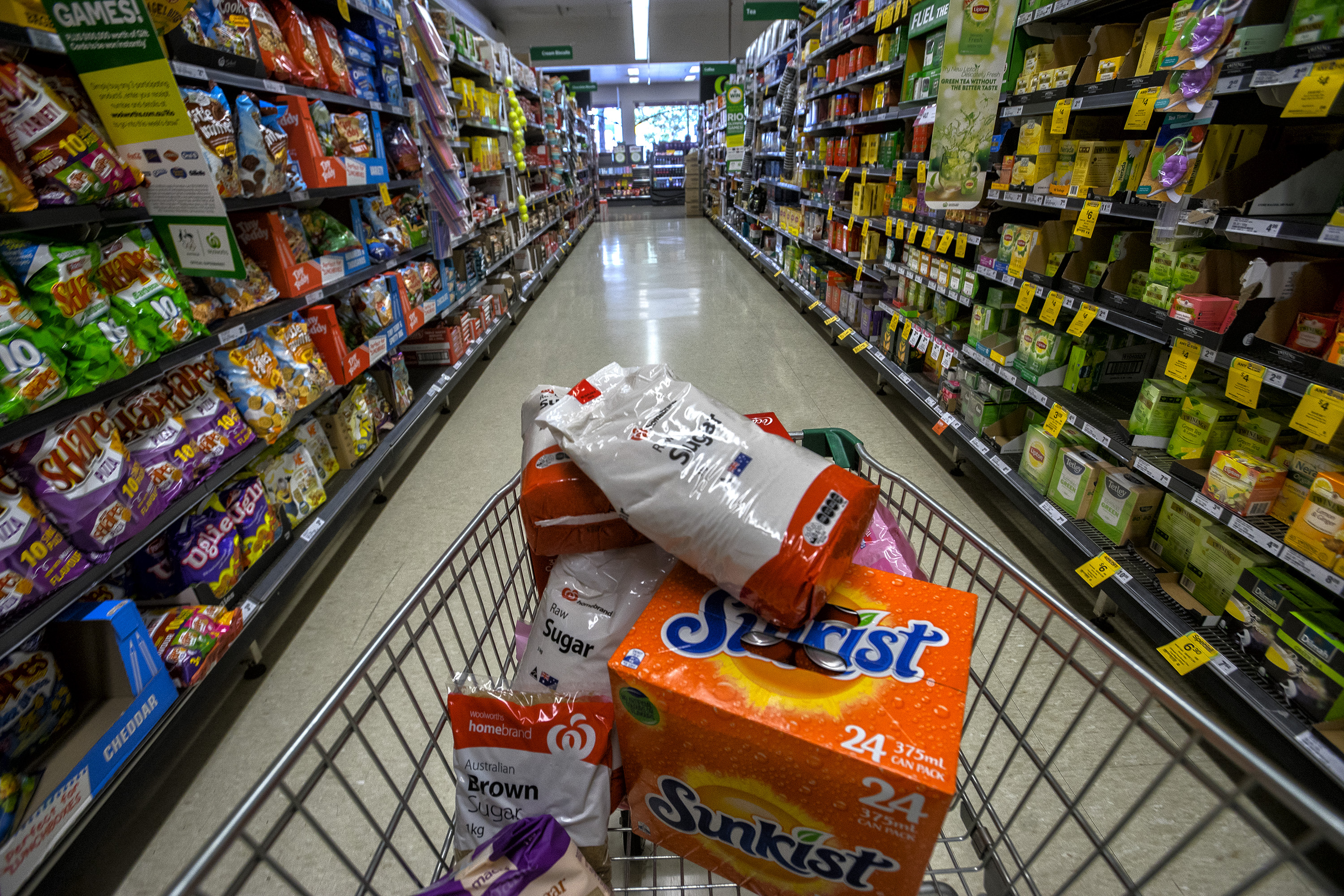 Looking for a healthier substitute

As Supplant and its investors look to take the crown as the reigning replacement for sugar, they join a long line of would-be occupants to sugar’s throne.

The first viable, non-toxic chemically derived sugar substitute was discovered in the late 18th century by a German chemist. Called saccharine, it was popularized initially during sugar shortages caused by the first World War and gained traction during the health crazes of the sixties and seventies.

Saccharin, still available in pink Sweet’N Low packets and a host of products, was succeeded by aspartame (known commercially as Equal and present as the sugar substitute in beverages like Diet Coke), which was supplanted by sucralose (known as Splenda).

These chemically derived sweeteners have been the standard on the market for decades now, but with a growing push for natural — rather than chemical — substitutes for sugar and their failures to act as a replacement for all of the things that sugar can do as a food ingredient, the demand for a better sugar has never been higher.

“Not everything that we back is going to change the world. This, at scale, does that,” said Aydin Senkut, the founder and managing partner of Felicis Ventures, the venture firm that’s one of Supplant’s biggest backers.

Part of what convinced Senkut is the fact that Supplant’s sweetener has already received preliminary approvals in the European Union by the region’s regulatory equivalent of the Food and Drug Administration. That approval not only covers the sale of Supplant’s product as a sweetener, but also as a probiotic with tangible health benefits he said.

So not only is the Supplant product arguably a better and more direct sugar replacement, as the founders claim, it also has health benefits through providing increased fiber in consumers who use it regularly, Senkut said.

“The European FDA is even stricter than the U.S. FDA,” Senkut said. “[And] they got pre-approval for this.”

“We became the largest investors at seed,” Senkut said.

Its selling points were the product’s extremely low glycemic index and its ability to be manufactured from waste plant fibers, which means that it ultimately can be produced at a lower cost, according to Senkut.

Supplant differs from its competition in a number of other key ways, according to company co-founder Tom Simmons.

While companies like the Israeli startup DouxMatok or Colorado’s MycoTechnology and Wisconsin’s Sensient work on developing additives from fungus or tree roots or bark that can enhance the sweetness of sugars, Supplant uses alternative sugars to create its sweetener, Simmons said.

“The core difference is they’re working with cane sugar,” according to Simmons. “Our pitch is we make sugars from fiber so you don’t need to use cane sugar.”

Simmons said that these other startups have been approaching the problem from the wrong direction. “The problem that their technology addresses isn’t the problem the industry has,” Simmons said. “It’s about texture, bulking, caramelization and crystallization… We have a technology that’s going to give you the same sweetness gram for gram.”

There are six different types of calorific sugar, Simmons explained. There’s lactose, which is the sugar in milk; sucrose, which comes from sugarcane and sugar beets; maltose, found in grains like wheat and barley; fructose, the sugar in fruits and honey; glucose, which is in nearly everything, but especially carbohydrate-laden vegetables, fruits and grains; and galactose, a simple sugar that derives from the breakdown of lactose.

Simmons said that his company’s sugar substitute isn’t based on one compound, but is derived from a range of things that come from fiber. The use of fibers means that the body recognizes the compounds as fibrous and treats them the same way in the digestive tract, but the products taste and act like sugar in food, he said. “Fiber-derived sugars are in the category of sugars, but are not the calorific sugars,” said Simmons. 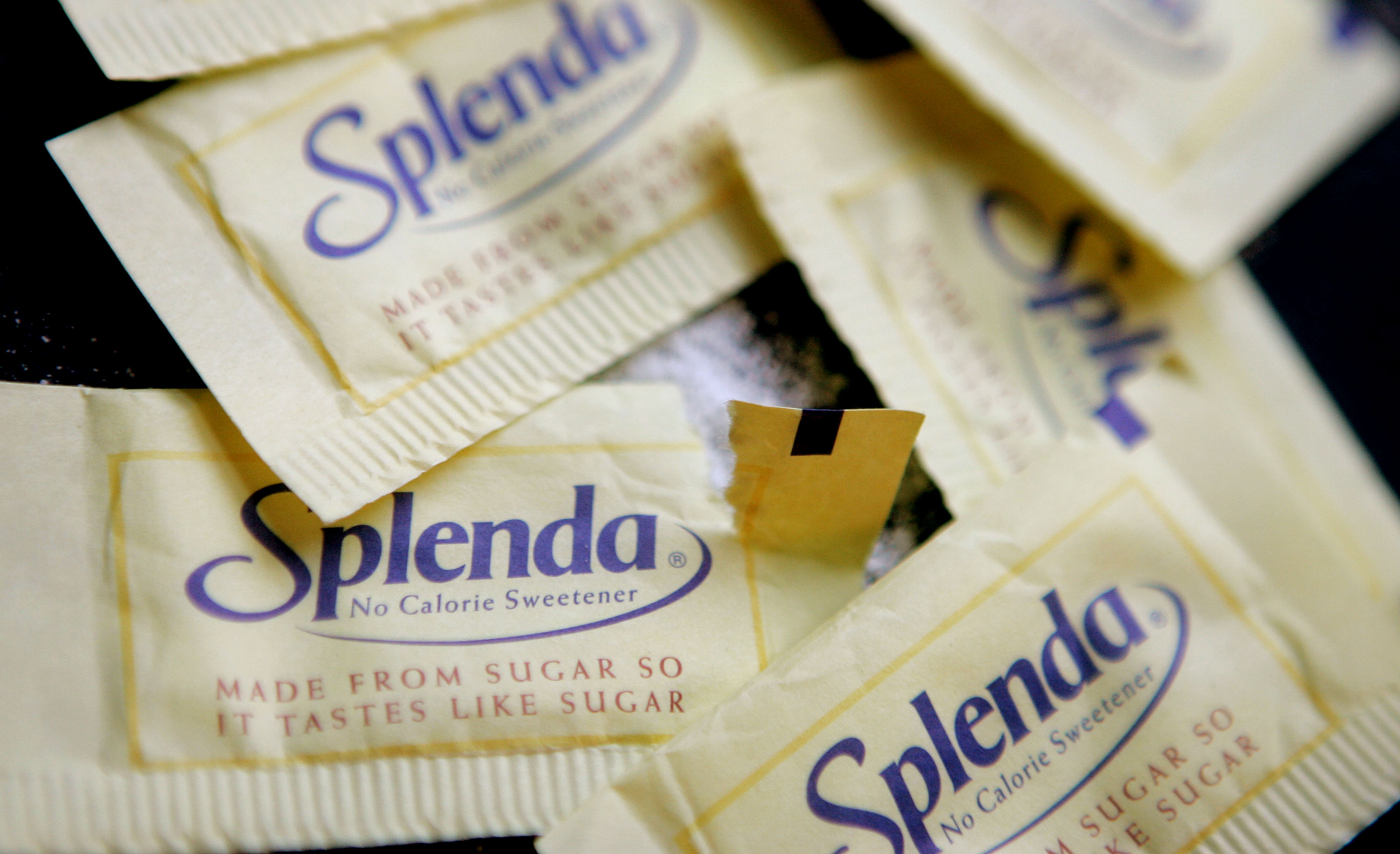 NEW YORK – DECEMBER 6: Packets of the popular sugar substitute Splenda are seen December 6, 2004 in New York City. The manufacturer of sucralose, the key ingredient in the no-calorie sweetener, says demand is so high for the product that it will not be able to take on new U.S. customers until it doubles production in 2006. Splenda has been boosted by the popularity of the low-sugar Atkins diet. (Photo Illustration by Mario Tama/Getty Images)

Supplant’s technology uses enzymes to break down and fragment various fibers. “As you start breaking it down, it starts looking molecularly like sucrose — like cane sugar — so it starts behaving in a similar way,” said Simmons.

In time, after receiving his doctorate and beginning his post-doctoral work into the research that would eventually turn into Supplant, Simmons realized that he had to start a company. “To try and do something impactful I was going to have leave the university,” he said.

In some ways, Supplant operates at the intersection of all of Simmons’ interests in health, nutrition and sustainability. And he said the company has plans to apply the processing technology across a range of consumer products, eventually, but for now the company remains focused on the $100 billion sugar substitute market.

“There’s a handful of different core underlying scientific approaches in different spaces,” he said. The sort of things that go into personal care and homecare. Those chemicals. A big drive in the industry is for both less harsh and harsh chemicals in shampoos but also to do so in a way that’s sustainable. That’s made from a sustainable source but also biodegradable.”

With the money that the company has now raised from investors including Manta Ray, Khosla Ventures, Felicis, Soma Capital and Y Combinator, Supplant is now going to prove its products in a few very targeted test runs.* The first is a big launch with a celebrity chef, which Simmons teased, but did not elaborate on.

Senkut said that the company’s rollout would be similar to the ways in which Impossible Foods went to market, beginning with a few trial runs in higher-end restaurants and foodstuffs before trying to make a run at a mass consumer market.

The feedstocks for Supplant’s sugar substitute come from sugarcane bagasse and wheat, and the processing equipment comes from the brewing industry. That’s going to be a benefit as the company looks to build out an office in the U.S. as it establishes a foothold for a larger manufacturing presence down the line.

“We’re taking known science and applying it in the food industry where we know that it has value,” Simmons said. “We’re not inventing any brand new enzymes and each part of the process — none of it on their own are new. The discovery that these sugars work well and can replace cane sugar. That’s something that no one has done before. Most sugars don’t behave like cane sugar in food. They’re too dry, they’re too wet, they’re too hard, they’re too soft.”

Ultimately the consumer product’s mission resonates highly for Simmons and his 20-person team. “We’re going to use these hugely abundant renewable resources produced all around the world,” he said.

*This story was updated to include Manta Ray and Khosla Ventures as investors in Supplant.