Google today announced the next set of features coming to Android, including a new password checkup tool, a way to schedule your texts, along with other improvements to products like its screen reader TalkBack, Maps, Assistant and Android Auto. This spring 2021 release is latest in a series of smaller update bundles, similar to iOS “point releases,” that add new functionality and features to Android outside of the larger update cycle.

One the security front, this update will integrate a feature called Password Checkup into devices running Android 9 and above to alert you to passwords you’re using that have been previously exposed.

The feature works with Autofill with Google, which lets you quickly sign in to apps and other services on Android. Now, when you use Autofill, Password Checkup will check your credentials against a list of known compromised passwords, then notify you if your credentials appear on that list and what to do about it. 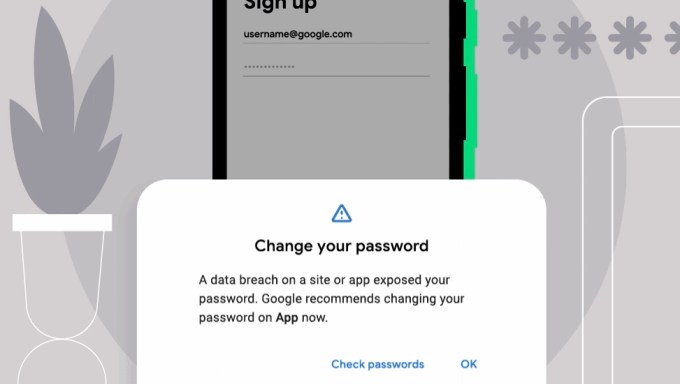 The prompt can also direct you to your Password Manager page on Google, where you can review all your other saved Autofill passwords for similar issues.

To use this feature, you’ll need to have Autofill enabled. (Settings > System > Languages & Input > Advanced, the tap Autofill. Tap Google to ensure the setting is enabled.)

The new Messages feature rolling out this update could see prolific texters considering a switch to Android, as it’s one of the most in-demand features since SMS was invented: the ability to schedule your texts. 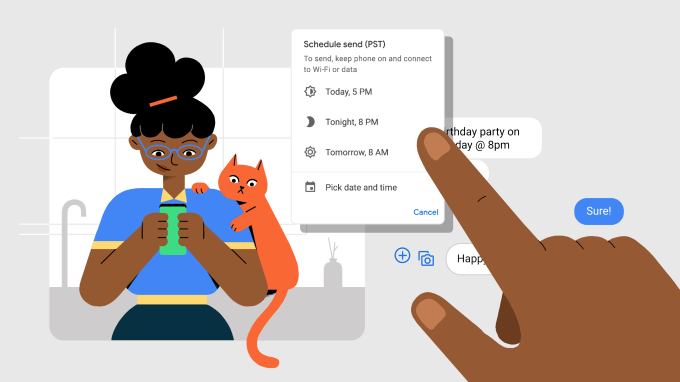 Android’s new scheduled send feature will allow you to compose a message ahead of time, whenever it’s convenient for you, then schedule it to be sent later when it’s a more appropriate time. This can be particularly helpful if you have friends, family or coworkers and colleagues in other timezones, and are hesitant to bother them when they could be sleeping or enjoying family time after work. It can also help those who often remember something they meant to text when it’s late at night and too late to send the message.

To use this feature, you’ll just write the text as usual, then press and hold the send button to select a date and time to deliver the message. You’ll need the latest version of the Android Messages app for this feature to work.

Another flagship feature arriving in this Android release is aimed at making Android’s screen reader, known as TalkBack, easier to use for those users who are blind or have low vision. TalkBack today allows users to navigate their device with their voice and gestures in order to read, write, send emails, share social media, order delivery and more. 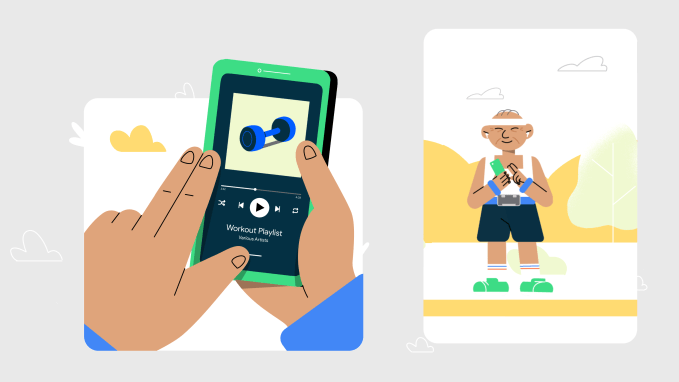 The updated version (TalkBack 9.1) will now include a dozen new multifinger gestures to interact with apps and perform common actions, like selecting and editing text, controlling media or getting help. This will work on Pixel and Samsung Galaxy devices from One UI 3 onwards, Google says.

Google is also responding to user feedback over TalkBack’s confusing multiple menu system and has returned to the single menu system users wanted. This single menu will adapt to context while also providing consistent access to the most common functions.

Other TalkBack improvements includes new gestures — like an up and right swipe to access over 25 voice commands — and new reading controls that let users either skim a page, read only headlines, listen word-by-word or even character-by-character.

Users can also now add or remove options from the TalkBack menu or the reading controls to further customize the interface to their needs. Plus, TalkBack’s braille keyboard added support for Arabic and Spanish.

Maps is getting a dark mode that you can enable as the default under Settings > Theme and then selecting “Always in Dark Theme.” 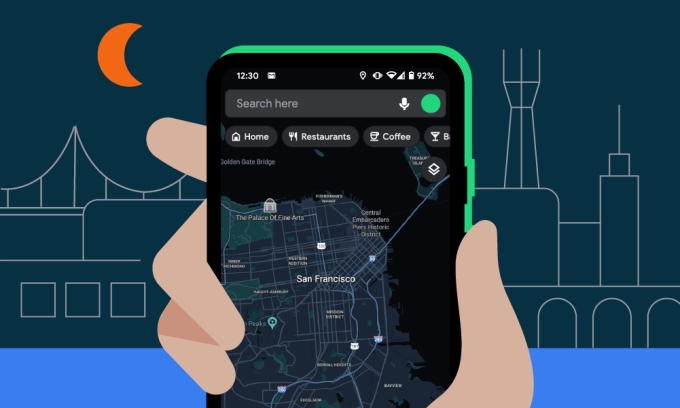 Google Assistant’s update will let you use the feature when the phone is locked or further away from you, by turning on Lock Screen Personal Results in Assistant’s Settings then saying “Hey Google,” as needed.

The new cards that appear when the phone is locked are meant to be easier to read with just a glance, Google says.

And finally, Android Auto will now include custom wallpapers and voice-activated games like trivia and “Jeopardy!” that you can ask for via the “Hey Google” command. 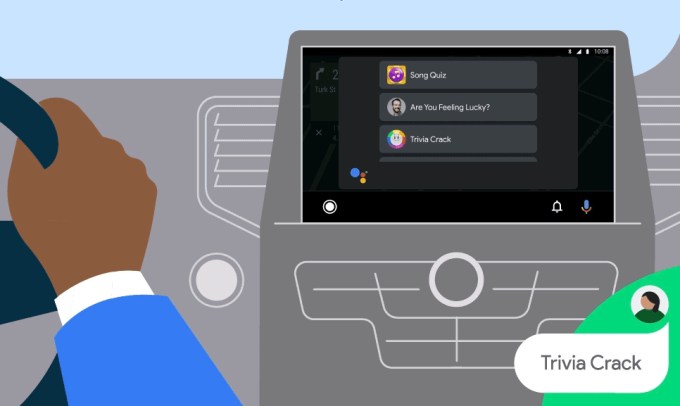 There are also now shortcuts on the launch screen for accessing your contacts, or using Assistant to complete tasks like checking the weather or adjusting the thermostat, for example. Cars with wider screens will gain access to a split screen view with Google Maps on one side and media controls on the other.

Android Auto’s features will roll out in the “coming days” on phones running Android 6.0 and higher and work with compatible cars, Google notes.