The Dyatlov Pass incident is the mother of all cold cases: nine people found dead in 1959, deep in the Ural mountains, under circumstances no one has ever been able to satisfactorily explain. But new research uses simulation techniques from multiple eras to advance what is perhaps the least implausible story of this tragic mystery.

The paper, published yesterday in Nature Communications Earth and Environment, was accompanied by a highly readable summary in National Geographic, which is very much worth your time. (Even if the headline is the dreaded “Has science solved…?”)

Essentially the mystery is this: The eight students and their ski instructor had pitched their tent on a slope that seemed safe — if not perfectly so then comparatively considering the surroundings at Kholat Syakhl, or “Dead Mountain” — but were later found spread out around the area in various stages of disrobing and destruction. The carnage seemed beyond what an avalanche would produce, and anyway there seemed to be no evidence or likelihood of one in the first place.

For more than 60 years this has been a source of speculation and conspiracy, especially since there was the appearance of a cover-up by the Soviet government at the time. Even Russia revisiting the event in 2019 didn’t seem to produce a convincing explanation.

Enter Alexander Puzrin and Johan Gaume, from Switzerland’s ETH Zürich and EPFL, respectively, two highly prestigious and advanced technical institutes. Curious about the incident for their own reasons, they began looking into how to work out once and for all what happened. An interesting personal detail:

The scientific investigation came with an added benefit from Puzrin’s wife, who is Russian. “When I told her that I was working on the Dyatlov mystery, for the first time she looked at me with real respect,” he says.

One hardly knows what to say!

At all events the researchers put together a new hypothesis based on a few ideas.

First, the slope was not as shallow as it appeared — it was near the minimum for an avalanche to occur, and the snow was characterized as having a base layer conducive to slippage of snow on top. Freezing winds could have added mass and set off a slide under the cut-out in which the group put their tent.

Second, Gaume visited the creators of the movie “Frozen,” which featured highly realistic snow simulation. He met with Disney’s snow simulation specialist and got permission to use and modify the code — but in this case, to see what an avalanche striking sleeping students would do to them. Their simulations showed that it wouldn’t take much — a block of icy snow the size of a large car — to cause the devastation witnessed by the rescue party. 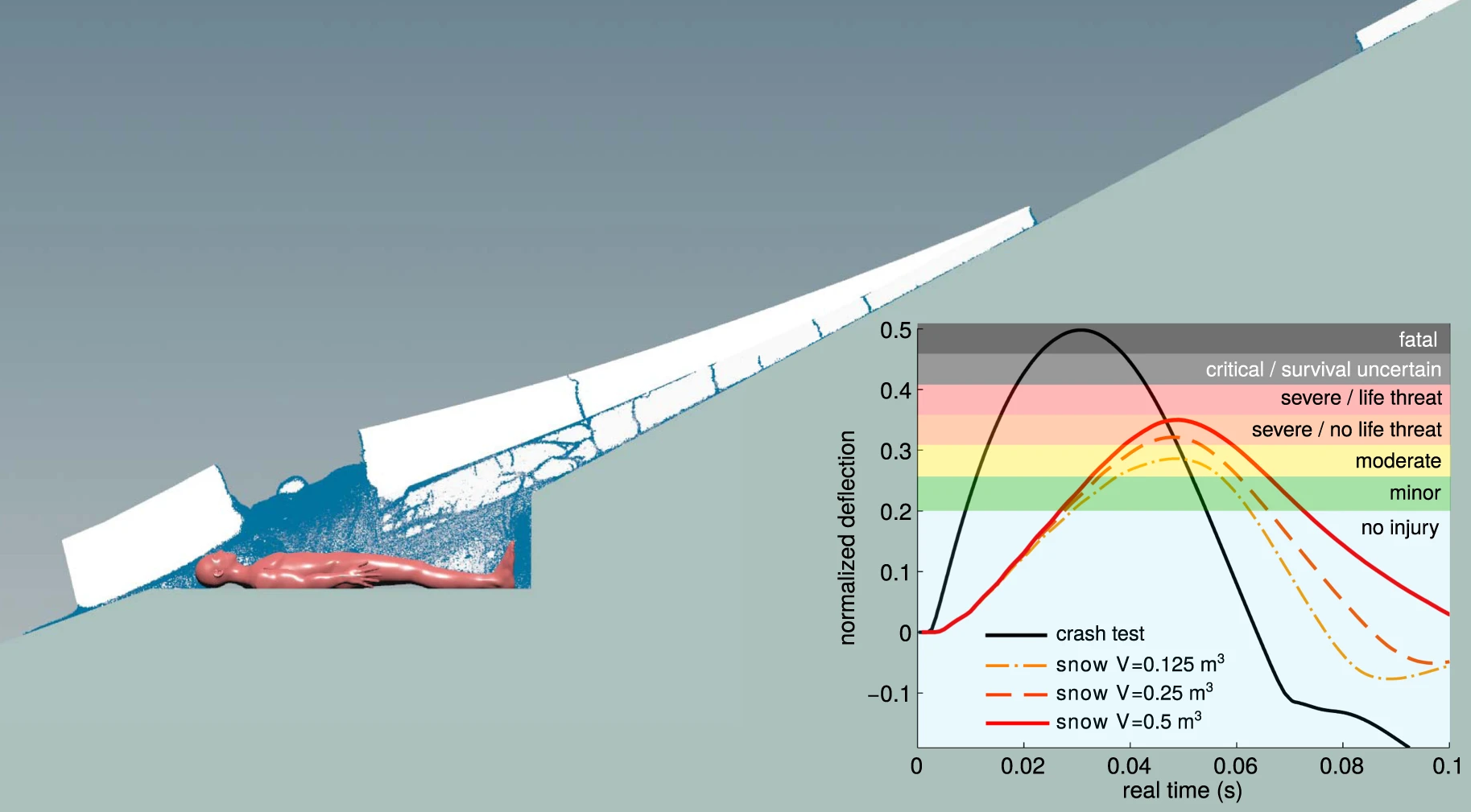 Third, they used research performed by GM that broke the ribs of a hundred cadavers — for the purposes of tuning seatbelts. They proposed that because the Russian students would have been sleeping on their skis, it was fairly similar to how certain cadavers with rigid supports reacted to impacts. Thus the horrific injuries instead of the usual asphyxiation produced by being submerged in a drift that usually happens to victims of avalanches.

It’s all still speculation on top of speculation, but the important part is that by combining these various, reasonably objective measures, Puzrin and Gaume show that it’s possible that an avalanche was responsible for the Dyatlov Pass incident, however rare the combination of circumstances must have been.

They freely admit that many may not accept this explanation — “It’s too normal,” said Gaume — and will continue to pursue the conspiracies and fantasy scenarios the incident has spawned for half a century. But for others it may offer some solace: a reason to believe that these poor nine souls were just in the wrong place at the wrong time.