Curtsy, a clothing resale app and competitor to recently IPO’d Poshmark, announced today it has raised $11 million in Series A funding for its startup focused on the Gen Z market. The app, which evolved out of an earlier effort for renting dresses, now allows women to list their clothes, shoes and accessories for resale, while also reducing many of the frictions involved with the typical resale process.

The new round was led by Index Ventures, and included participation from Y Combinator, prior investors FJ Labs and 1984 Ventures, and angel investor Josh Breinlinger (who left Jackson Square Ventures to start his own fund).

To date, Curtsy has raised $14.5 million, including over two prior rounds, which also included investors CRV, SV Angel, Kevin Durant, Priscilla Scala and other angels.

Like other online clothing resale businesses, Curtsy aims to address the needs of a younger generation of consumers who are looking for a more sustainable alternative when shopping for clothing. Instead of constantly buying new, many Gen Z consumers will rotate their wardrobes over time, often by leveraging resale apps. 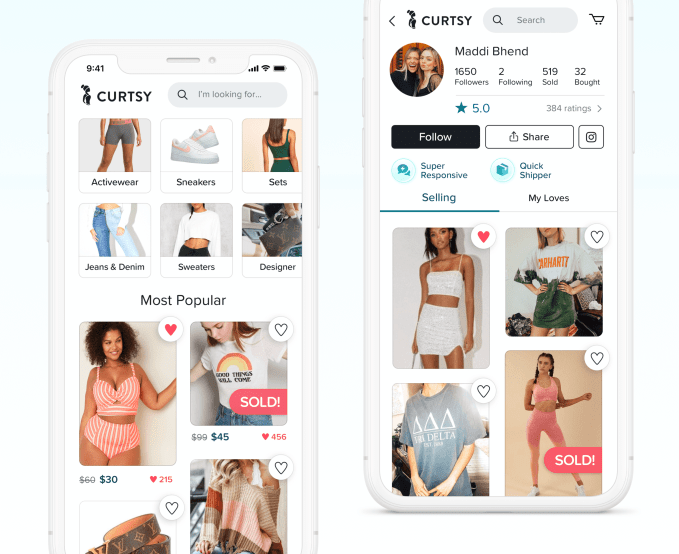 However, the current process for listing your own clothes on resale apps can be time-consuming. A recent report by Wired, for example, detailed how many women were spinning their wheels engaging with Poshmark in the hopes of making money from their closets, to little avail. The Poshmark sellers complained they had to do more than just list, sell, package and ship their items — they also had to participate in the community in order to have their items discovered.

Curtsy has an entirely different take. It wants to make it easier and faster for casual sellers to list items by reducing the amount of work involved to sell. It also doesn’t matter how many followers a seller has, which makes its marketplace more welcoming to first-time sellers.

“The big gap in the market is really for casual sellers — people who are not interested in selling professionally,” explains Curtsy CEO David Oates. “In pretty much every other app that you’ve heard about, pro sellers really crowd out everyday women. Part of that is the friction of the whole process,” he says.

On Curtsy, the listing process is far more streamlined.

The app uses a combination of machine learning and human review to help the sellers merchandise their items, which increase their chances of selling. When sellers first list their item in the app, Curtsy will recommend a price, then fill in details like the brand, category, subcategory, shipping weight and the suggested selling price, using machine learning systems training on the previous items sold on its marketplace. Human review fixes any errors in that process.

Also before items are posted, Curtsy improves and crops the images, as well as fixes any other issues with the listing, and moderates listings for spam. This process helps to standardize the listings on the app across all sellers, giving everyone a fair shot at having their items discovered and purchased.

Another unique feature is how Curtsy caters to the Gen Z to young Millennial user base (ages 15-30), who are often without shipping supplies or even a printer for producing a shipping label. 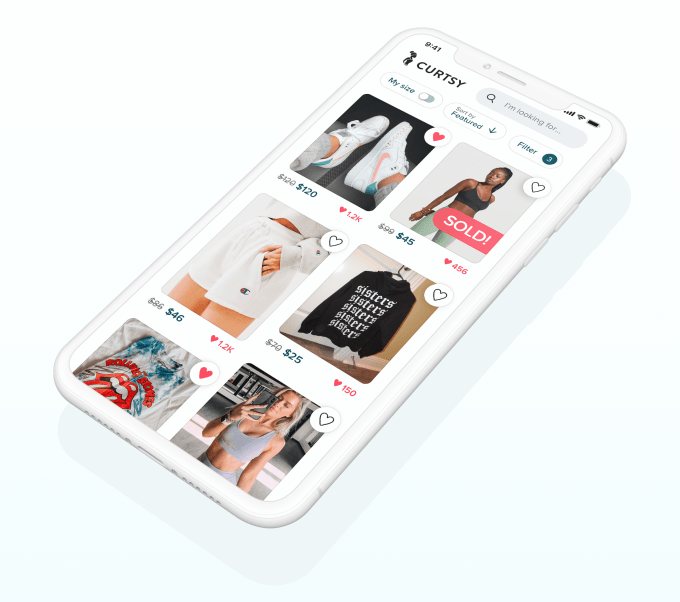 First-time sellers receive a free starter kit with Curtsy-branded supplies for packaging their items at home, like poly mailers in multiple sizes. As they need more supplies, the cost of those is built into the selling flow, so you don’t have to explicitly pay for it — it’s just deducted from your earnings. Curtsy also helps sellers to schedule a free USPS pickup to save a trip to the post office, and it will even send sellers a shipping label, if need be.

“One of the things we realized quickly is Gen Z does not really have printers. So we actually have a label service and we’ll send you the label in the mail for free from centers across the country,” says Oates.

Later, when a buyer of an item purchased from Curtsy is ready to resell it, they can do so with one tap — they don’t have to photograph it and describe it again. This also speeds up the selling process.

Overall, the use of technology, outsourced teams who improve listings and extra features like supplies and labels can be expensive. But Curtsy believes the end result is that they can bring more casual sellers to the resale market.

“Whatever costs we have, they should be in service of increased liquidity, so we can grow faster and add more people,” Oates says. “In case of the label service, those are people who otherwise wouldn’t be able to participate in selling online. There’s no other app that would allow them to sell without a printer.” 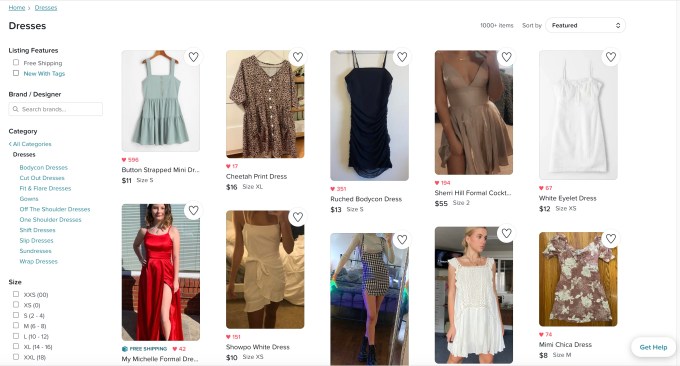 This system, so far, appears to be working. Curtsy now has several hundred thousand people who buy and sell on its iOS-only app, with an average transaction rates of three items bought or sold per month. When the new round closed late in 2020, the company was reporting a $25 million GMV revenue run rate, and average monthly growth of around 30%. Today, Curtsy generates revenue by taking a 20% commission on sales (or $3 for items under $15).

The team, until recently, was only five people — including co-founders David Oates, William Ault, Clara Agnes Ault and Eli Allen, plus a contract workforce. With the Series A, Curtsy will be expanding, specifically by investing in new roles within product and marketing to help it scale. It will also be focused on developing an Android version of its app in the first quarter of 2021 and further building out its web presence.

“Never before have we seen such a strong overlap between buyers and sellers on a consumer-to-consumer marketplace,” said Damir Becirovic of Index Ventures, about the firm’s investment. “We believe the incredible love for Curtsy is indicative of a large marketplace in the making,” he added.