It’s official. 2020 was one of the warmest years on record, either edging out or coming in just behind 2016 for the warmest year in recorded history according to data from U.S. government agencies (The National Aeronautics and Space Administration had the year just tied with 2016, while the National Oceanic and Atmospheric Administration put the figure just behind 2016’s totals).

No matter the ranking, the big picture for the climate isn’t pretty, according to scientists from NASA’s Goddard Institute for Space Studies (GISS) in New York and the Washington, DC-based NOAA.

“The last seven years have been the warmest seven years on record, typifying the ongoing and dramatic warming trend,” said GISS Director Gavin Schmidt, in a statement. “Whether one year is a record or not is not really that important – the important things are long-term trends. With these trends, and as the human impact on the climate increases, we have to expect that records will continue to be broken.”

Bill Gates just released a plan for US leadership on climate change, including $35B in funding

That’s a dire message for the nation considering the cost of last year’s record-breaking 22 weather and climate disasters. At least 262 people died and scores more were injured by climate-related disasters, according to the NOAA.

And the combination of wildfires, droughts, heatwaves, tornados, tropical cyclones and severe weather events like hail storms in Texas and the derecho that wrecked the Midwest cost the nation $95 billion. 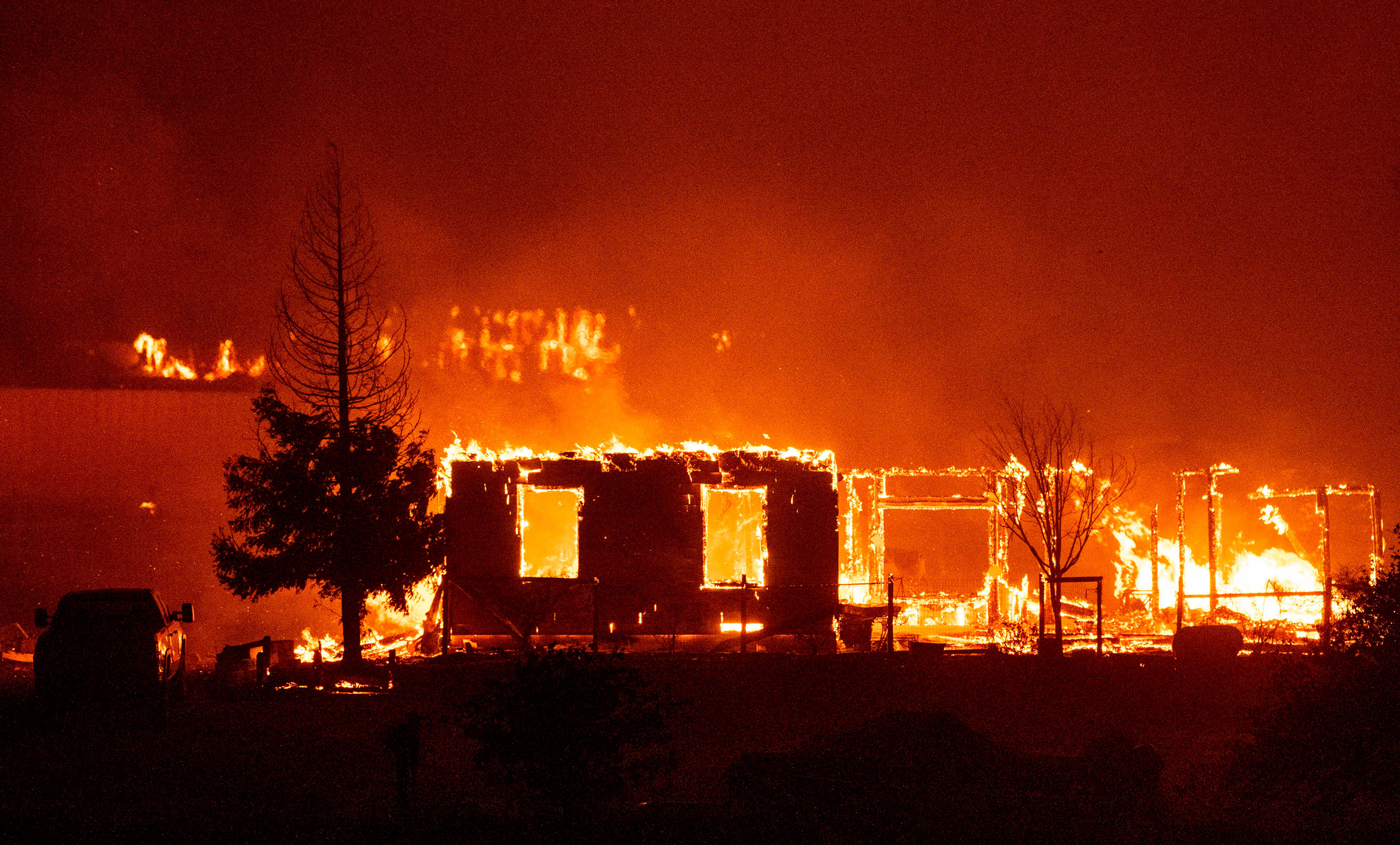 Homes are engulfed in flames in Vacaville, California during the LNU Lightning Complex fire on August 19, 2020. As of the late hours of August 18, 2020 the Hennessey fire has merged with at least 7 fires and is now called the LNU Lightning Complex fires. Dozens of fires are burning out of control throughout Northern California as fire resources are spread thin. (Photo by JOSH EDELSON/AFP via Getty Images)

Both organizations track temperature trends to get some sort of picture of the impact that human activities — specifically greenhouse gas emissions — have on the planet. The image that comes into focus is that human activity has already contributed to increasing Earth’s average temperature by more than 2 degrees Fahrenheit since the industrial age took hold in the late 19th century.

Most troubling to scientists is that this year’s near record-setting temperatures happened without a boost from the climatic weather phenomenon known as El Niño, which is a large-scale ocean-atmosphere climate interaction linked to a periodic warming.

“The previous record warm year, 2016, received a significant boost from a strong El Niño. The lack of a similar assist from El Niño this year is evidence that the background climate continues to warm due to greenhouse gases,” Schmidt said, in a statement.

The warming trends the word is experiencing are most pronounced in the Arctic, according to NASA. There, temperatures have warmed three times as a fast as the rest of the globe over the past 30 years, Schmidt said. The loss of Arctic sea ice — whose annual minimum area is declining by about 13% per decade — makes the region less reflective, which means more sunlight is being absorbed by oceans, causing temperatures to climb even more.

These accelerating effects of climate change could be perilous for the world at large, Katharine Hayhoe, a professor at Texas Tech University wrote in an email to The Washington Post.

“What keeps us climate scientists up in the dead of night is wondering what we don’t know about the self-reinforcing or vicious cycles in the Earth’s climate system,” Hayhoe wrote. “The further and faster we push it beyond anything experienced in the history of human civilization on this planet, the greater the risk of serious and even dangerous consequences. And this year, we’ve seen that in spades… It’s no longer a question of when the impacts of climate change will manifest themselves: They are already here and now. The only question remaining is how much worse it will get.”

Carbon dioxide emissions are set to hit a record high this year (it’s not fine, but not hopeless)