Vantage, a new service that makes managing AWS resources and their associated spend easier, is coming out of stealth today. The service offers its users an alternative to the complex AWS console with support for most of the standard AWS services, including EC2 instances, S3 buckets, VPCs, ECS and Fargate and Route 53 hosted zones.

The company’s founder, Ben Schaechter, previously worked at AWS and Digital Ocean (and before that, he worked on Crunchbase, too). Yet while DigitalOcean showed him how to build a developer experience for individuals and small businesses, he argues that the underlying services and hardware simply weren’t as robust as those of the hyperclouds. AWS, on the other hand, offers everything a developer could want (and likely more), but the user experience leaves a lot to be desired. 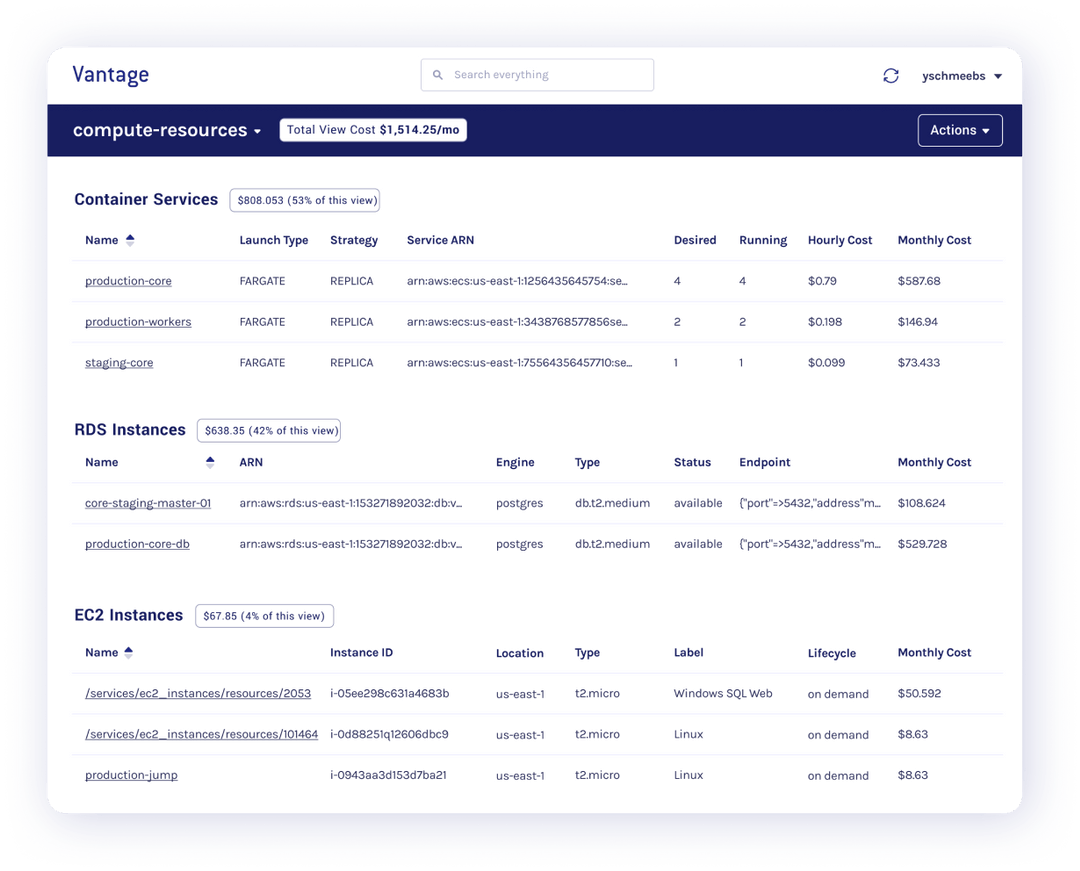 “The idea was really born out of ‘what if we could take the user experience of DigitalOcean and apply it to the three public cloud providers, AWS, GCP and Azure,” Schaechter told me. “We decided to start just with AWS because the experience there is the roughest and it’s the largest player in the market. And I really think that we can provide a lot of value there before we do GCP and Azure.”

The focus for Vantage is on the developer experience and cost transparency. Schaechter noted that some of its users describe it as being akin to a “Mint for AWS.” To get started, you give Vantage a set of read permissions to your AWS services and the tool will automatically profile everything in your account. The service refreshes this list once per hour, but users can also refresh their lists manually.

Given that it’s often hard enough to know which AWS services you are actually using, that alone is a useful feature. “That’s the number one use case,” he said. “What are we paying for and what do we have?”

At the core of Vantage is what the team calls “views,” which allows you to see which resources you are using. What is interesting here is that this is quite a flexible system and allows you to build custom views to see which resources you are using for a given application across regions, for example. Those may include Lambda, storage buckets, your subnet, code pipeline and more.

On the cost-tracking side, Vantage currently only offers point-in-time costs, but Schaechter tells me that the team plans to add historical trends as well to give users a better view of their cloud spend.

Schaechter and his co-founder bootstrapped the company and he noted that before he wants to raise any money for the service, he wants to see people paying for it. Currently, Vantage offers a free plan, as well as paid “pro” and “business” plans with additional functionality. 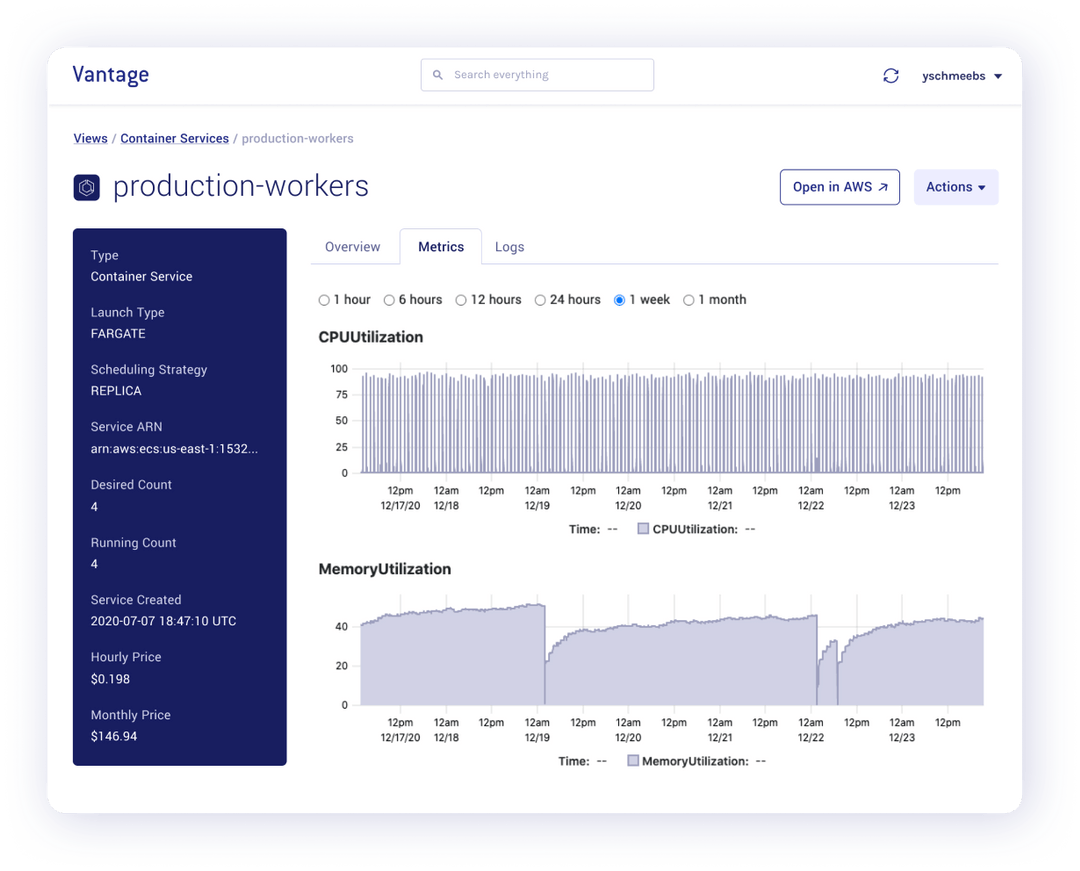