No, it’s not bingo at your local silicon chip enthusiast meetup, and no, I am not trying to game Google’s search algorithms (well, maybe just a bit). Rather, it’s a combination of technologies that are predicted to become critical for the future of the Internet of Things across industries as diverse as shipping and security.

One way to get all these technologies into single devices is just to agglomerate a bunch of off-the-shelf silicon chips and jam them into a product. Take a wireless radio chip, add some computing capacity, add some AI chip wizardly and voilà, you have yourself a modern IoT device.

There’s just one problem: These devices often have a lot of constraints. Most notably, they have power constraints, which means that they often can’t include five chips on a board, but rather need one single chip that can use power extremely efficiently. In addition, there are space constraints, and constraints around how easy a chip is to reprogram remotely. In short, there’s a bet to be made that this new market — which is just getting started but expected to be huge in the coming years — needs a focused chip for it.

That bet has been made. EdgeQ, a stealthy silicon startup, emerged from stealth today to showcase a bit of its efforts around its new chip, and also to announce the closing of its $38.5 million Series A round led by Mohammad Islam of Threshold Ventures (formerly known as DFJ). The company previously closed a seed round led by Homan Yuen at Fusion Fund, bringing the company’s total fundraise to $51 million. AME Cloud Ventures also participated in the round, as did an undisclosed strategic customer.

What’s exciting here this early is the team. EdgeQ is founded by Vinay Ravuri, an ex-Qualcomm exec who worked on mobile and data center projects at the behemoth chipmaker during the attempted corporate takeover by Broadcom back in 2018. He left that year and teamed up with a stable of other senior engineers and execs from Qualcomm, Intel and Broadcom itself to work on the next-generation of chip tech for the edge. “We felt that there was an opportunity to focus outside of cell phones,” Ravuri said, which is what Qualcomm was heavily invested in given its dominance in 4G technologies. 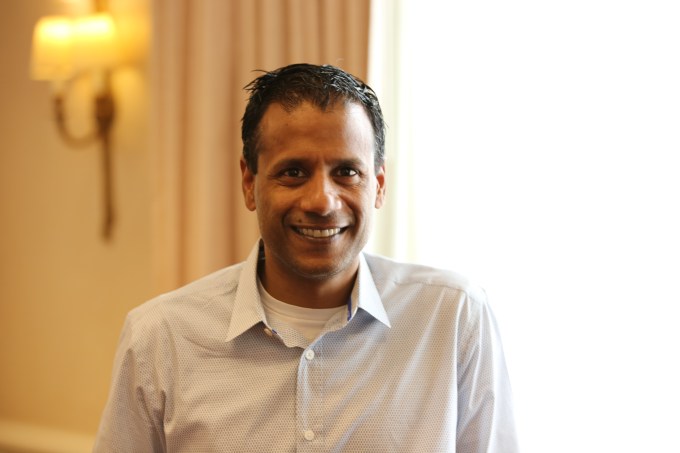 EdgeQ remains under development, and the company isn’t ready to disclose the full details of its product as it continues its work. Nonetheless, Ravuri gave a broad overview of EdgeQ’s chip as it stands today.

“I just like to use this analogy of like a Goldilocks,” he said. “You know, this is too cold and this is too hot and what you really need is somewhere in the middle. And that’s kind of where EdgeQ comes in.”

This systems-on-a-chip product will have the connectivity of 5G with the on-board processing of a typical AI chip, compressed under a tight power envelope to minimize energy usage. Even more vitally, the chips will be reprogrammable, allowing for changes on the fly as circumstances around a product shift. “Putting all of that into a single chip requires a lot of integration and lots of architectural innovation, which is what EdgeQ has been able to do,” Ravuri said.

This model of systems-on-a-chip is similar to what you might have seen last week at Apple’s big event around its new M1 chip. By combining a bunch of individual silicon systems on one chip, you can increase capabilities while reducing power.

Apple announces the M1, the first chip in its Apple Silicon family

Where could EdgeQ’s chips end up? Ravuri suggested a bunch of applications. You could imagine a security camera having a chip like this to coordinate with other cameras while also processing some of the data it is seeing through its lens. Drones and robotic machinery in an enclosed space could use wireless to synchronize their actions with other machines, process their actions through compute and also calculate their locations to extreme precision. And, of course, a whole bunch more applications are at least possible, but we’ll know more as the chip technology matures.

Homan Yuen of Fusion Fund said that “my background being in semiconductors, I know how hard these companies are and why venture investors don’t really like doing [them]. After meeting Vinay, the team, the background and experience, I [thought] if there’s one company I’m going to take a bet on doing chips, it’s going to be them.”

It’s a bet that has gotten a bit more traction with new investors coming to the table, but of course, product development has to continue, and these chips ultimately have to be manufactured and actually placed in the market for customers to buy. In other words, a nice milestone, but a lot more work to go.

EdgeQ has offices in Santa Clara and San Diego, along with Bangalore, India.