In many ways, Fluent Forever is a direct competitor to Duolingo, Babbel and similar online language learning services. What sets it apart is a focus on a personalized learning system that emphasizes ear training, visual aids and something akin to spaced-repetition for helping you memorize new words and phrases. It’s a paid service (after a 14-day free trial) with subscriptions starting at $10 per month for a monthly subscription and the usual discounts for longer-term commitments.

To teach himself his first languages, the company’s founder and CEO Gabriel Wyner used the popular flashcard service Anki, wrote a book about his approach, and taught workshops on language learning using his system with Anki. But as he noted, Anki is a serious tool, and simply learning how to get the most out of it takes a lot of time and energy. 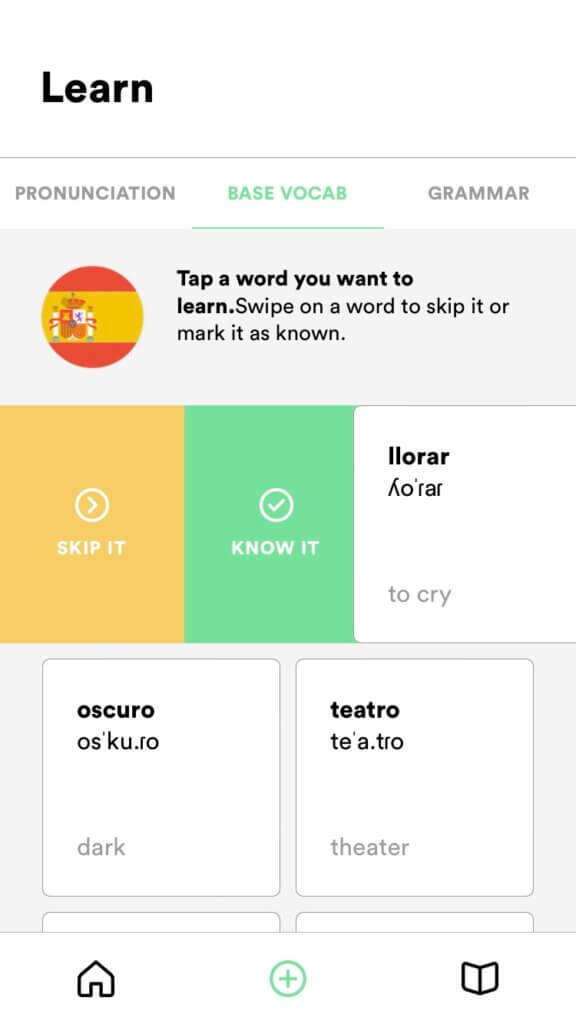 “I’ve watched everyone else fail at language learning,” he told me. “And the first thought is, okay, well, if you just learn how to do it right, then that’s a fixable thing. That’s exciting. And then once you have a solution for people and they’re all excited about it — but then you watch them fail because of IT reasons. That’s extra frustrating.”

In many ways then, Fluent Forever uses Wyner’s flashcard approach — because building those flashcards by hand is at the core of his learning system — and turns it into a far-easier-to-use application.

What people want, Wyner acknowledged, is a tool where you just press some buttons and learn something. But that doesn’t work. “I had to have a really strong reaction to this — a really strong answer — and say, ‘absolutely not. That is the one thing that teaches you is building it.’ ”

Wyner is not afraid to compare his approach to Duolingo’s and argues that its focus on translation exercises doesn’t translate to real language skills in the long run. At the same time, he freely acknowledges that the Duolingo user experience and gamification are far better than Fluent Forever. But he also believes that learners see far better results with his system.

“We ask [our users]: ‘Why are you with us? Why would you pay for us when you could just get Duolingo for free?” What they come back with is, ‘yeah, your product is rough around the edges. I wish you would fix this, this and that, but you had me thinking in Spanish in two weeks,” Wyner said.

As Wyner told me, the company had trouble raising in 2019, in part because the service was seeing pretty flat growth at the time. “People are very skeptical about language learning — that is not a sexy field. People don’t like it. The idea of jumping and trying to be competitive with Duolingo was just not appealing to anyone,” he told me. Come 2020, though, growth picked up, even before the COVID pandemic. At the same time, Fluent Forever also participated in Jason Calacanis’ Launch Accelerator.

Looking ahead, Wyner tells me that Fluent Forever is looking at ways to bring live tutors into the loop. Live tutoring online has been done before, of course, and there are some companies like Preply that specialize in it already, but what Fluent Forever wants to do is combine the online language learning service with short live sessions and then use the online component to go back to that conversation over the course of a week or so. One advantage here is that these users — who will likely pay a premium for the live service — will also use their time with live tutors to create their own personalized sentences in the Fluent Forever system, which could then over time become content that’s available to all users, too.