For the past few years, some of the biggest stories on TechCrunch have come from you.

We’ve revealed internal employee battles at some of the world’s biggest tech companies, reported on unexpected layoffs during the pandemic, uncovered safety violations, seen how Facebook paid teens to snoop on their private data, revealed a major hack that a company tried to cover up, and exposed workplace discrimination, secretive startups and government wrongdoing.

We have been able to report on these important issues in large part because sources have reached out with information that companies and governments don’t want to come to light.

Now we’re making it easier and more secure for you to contact TechCrunch reporters and editors.

Today, we are launching our own SecureDrop, a tip submission system that allows you to securely and anonymously reach out with information, files and documents for us to investigate. 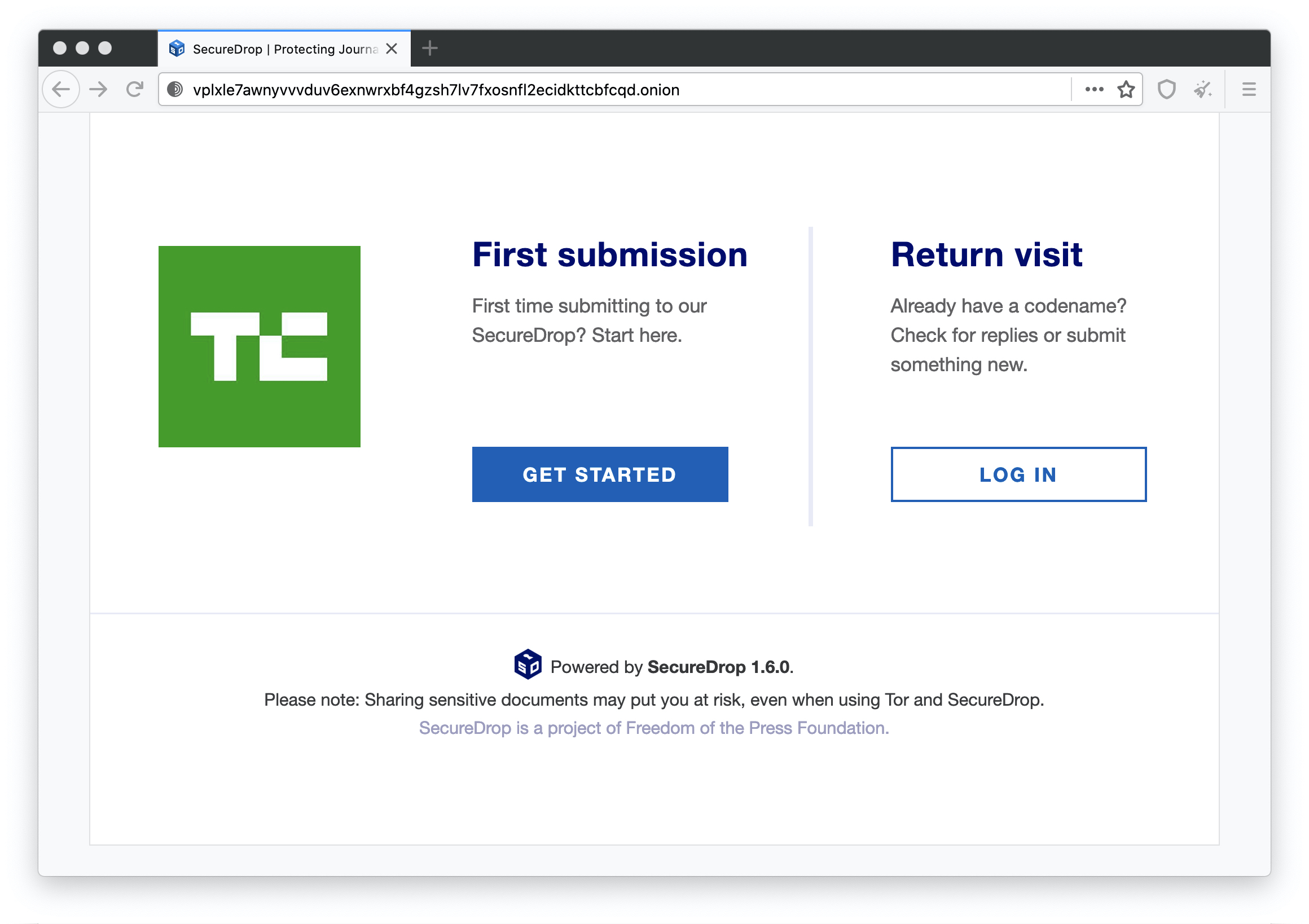 This is what TechCrunch’s SecureDrop looks like. Image Credits: TechCrunch

SecureDrop is a system designed to allow us to communicate with you while protecting your identity from virtually all kinds of tracking. It works in part thanks to the Tor anonymity network, which bounces and encrypts your internet traffic through several servers on its way to its destination in order to make tracking almost impossible. Accessing Tor — and our SecureDrop — requires use of the free-to-use Tor Browser. That means we won’t know who you are, unless you tell us.

We know what sources risk in revealing information that the powerful want to keep secret.

Rest assured, our SecureDrop is physically controlled by TechCrunch, and anything you submit to SecureDrop is encrypted and can only be viewed by TechCrunch editors. The software itself, maintained by the nonprofit Freedom of the Press Foundation, goes through regular security audits and will be kept up-to-date with the latest fixes.

You can access instructions on how to use our SecureDrop by going to: techcrunch.com/securedrop

We’re looking forward to hearing from you.