Few young software companies have had as great a year as San Diego-based ClickUp. The company, which makes business productivity tools for task management, goals and docs, raised its first bit of outside funding in mid-2020.

Just six months later, it has reached a $1 billion valuation after doubling its customer base and revenue increased ninefold as businesses embraced remote work.

The new funding and valuation after just a few months of hefty growth show just how closely investors are watching the productivity software space. I spoke with ClickUp CEO Zeb Evans yesterday to get his insights on the challenges of hypergrowth and why it made sense to say “yes” to the check.

This interview has edited for length and clarity.

TechCrunch: This has been an awfully busy year for your team. What’s happened since we talked about your Series A?

Zeb Evans: The last time we chatted with you, we were at an inflection point where we had seen a lot of growth pre-COVID and then post-COVID we saw that growth continue. So we just really kept up those growth rates and really increased in some areas. Last time we chatted we had about 100,000 teams and now we’re over double that with over 200,000 teams that use our software. I think we were at about a million users and now we’re well over two million users that use the product as well. 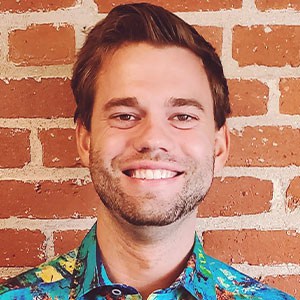 Yeah, our number of users per team ends up being around 10 people or a little bit more than that. And that’s really stayed true from six months ago to today.

How has your own team’s size changed?

We’re right around 200 people right now, so we’ve definitely more than doubled since the last time that we talked, and we’re going to double again hopefully in the next quarter so we’ve got an aggressive hiring plan to do that.

Cool, so you’ve doubled your user base in six months as well as your team. How has your team adjusted to scaling so quickly?

It’s a good question. I think that the biggest thing that we’ve always focused on is shipping a new version of ClickUp every week. That is our differentiation. We’ve kind of created these iterative cycles called natural product market fit and it’s been hard to keep up with that. I mean, we’ve done it but as you scale, you know you have many more users and more considerations to take into every feature that you change and feature that you develop.

I think that’s been like the biggest thing we’ve been focused on and listening to that community that that is ever-growing every week. Obviously hiring is always top of mind also, and we haven’t done that as fast as we’d like to. But we’re making improvements there and we’re getting there.

A lot of startups raised opportunistic rounds during what’s seemed to be a very hot market, at what point did you think that it might make sense to raise even more money after closing that Series A?

So, our Series A was our first outside capital and we didn’t really know what that would do at the time. What we saw when we raised that fund was that we were able to really accelerate our vision and our product. We’ve used these resources very efficiently and we saw great unit economics come out of that. And also as you mentioned, it’s certainly a good time and a great market to be in — the productivity market is just the hottest right now. So it was kind of a trifecta of that but the real reason to raise was certainly to be able to continue that product growth and the acceleration of scaling that comes with raising money.