Six years ago, Zoox launched quietly with a mighty mission: build and commercialize just about every aspect of a robotaxi service from the self-driving software stack and on-demand ridesharing app to the management of the fleet and an unconventional vehicle that would transport passengers.

Now, it’s finally lifting the veil on its multi-year effort. Zoox, which was acquired earlier this year by Amazon, unveiled the electric, autonomous robotaxi it built from the ground up — a cube-like vehicle loaded with sensors, no steering wheel and a moonroof that is capable of transporting four people at speeds of up to 75 miles per hour. The vehicle can drive bidrectionally and has four-wheel steering, capabilities that Zoox said were included to allow it to maneuver through compact spaces and change directions without the need to reverse. In other words, dense urban environments.

The vehicle has a four-seat, face-to-face symmetrical seating configuration, similar to what a train traveler might encounter. It’s also equipped with a 133 kilowatt-hour battery that Zoox said allows it to operate for up to 16 continuous hours on a single charge. Zoox didn’t provide a mileage range for the battery.

There are other design goodies packed in and around the vehicle, including an airbag system for bidirectional vehicles and carriage seating that envelops passengers. Zoox said this is equal to five-star crash safety protections for all four seats. The vehicle has cameras, radar and lidar that gives it a 270-degree field of view on all four corners of the vehicle, which Zoox said lets it consistently track objects next to and behind it, including pedestrians, bicyclists and other road users. 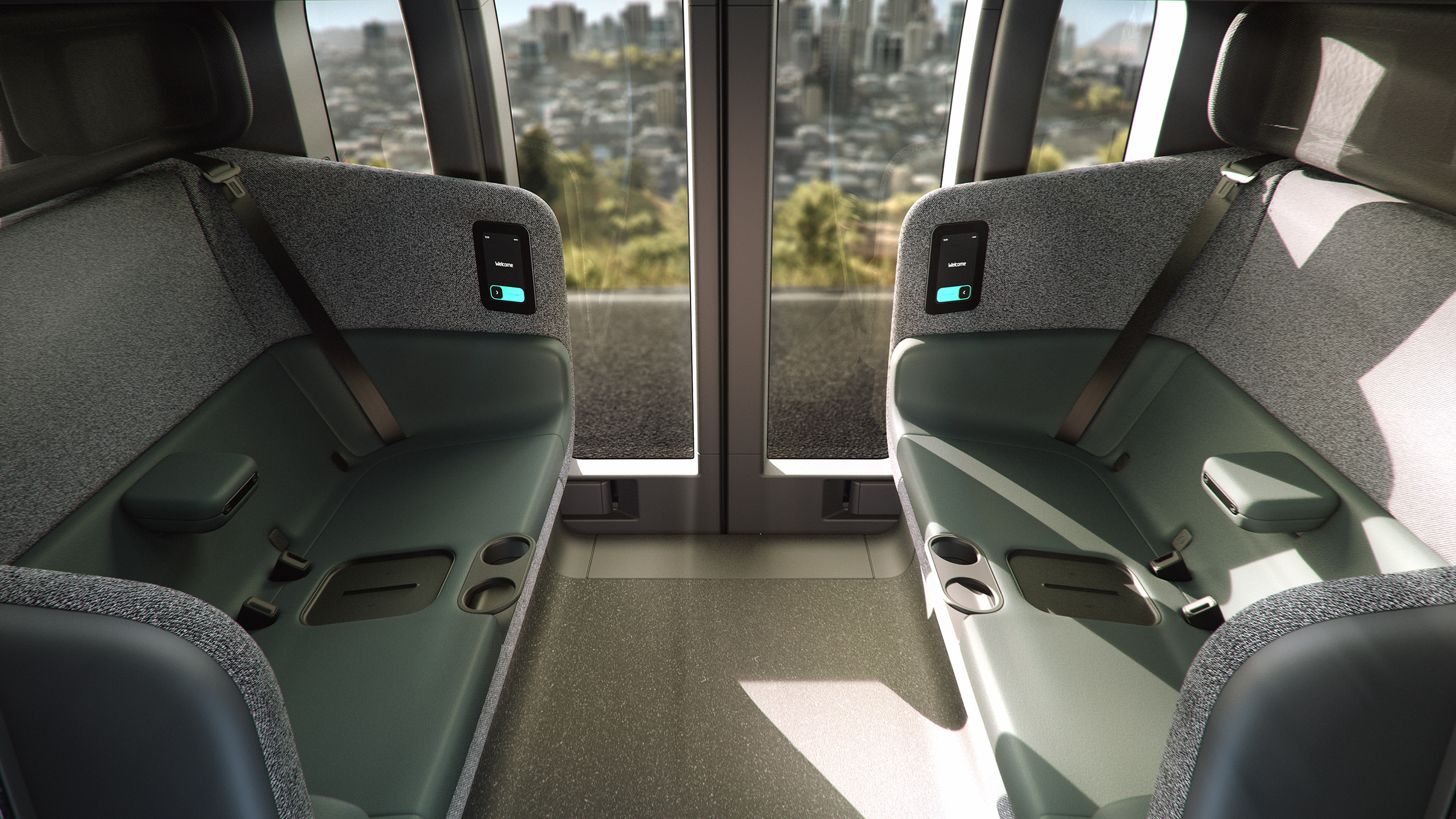 Zoox CTO Jesse Levinson said building the vehicle from the ground up gave the company an opportunity to reimagine passenger safety, shifting from reactive to proactive measures. “These include new safety features such as our airbag design, redundant hardware throughout the vehicle, a unique sensor architecture, and a custom AI stack that detects and mitigates potential risks,” Levinson said, adding that the vehicle has passed key Federal Motor Vehicle Safety Standards crash tests.

What is not yet known is if Zoox has received approval by the FMVSS to operate the vehicle. These federal standards require manufacturers to build vehicles with specific features such as steering wheels. The Zoox vehicle doesn’t have one since it was designed to drive on its own. Earlier this year, autonomous delivery startup Nuro became the first company to receive a driverless exemption from the federal government.

The exemption granted by the the U.S. Department of Transportation’s National Highway Traffic Safety Administration is for Nuro’s new low-speed electric vehicle called the R2 that will be used for local delivery service for restaurants, grocery stores and other businesses. While Nuro’s vehicle doesn’t have a steering wheel either, it’s also designed just for delivering goods, not people.

Despite this final and important regulatory hurdle, completing the vehicle is a milestone for the company. Zoox CEO Aicha Evans said it marks an important step on the company’s journey toward deploying an autonomous ride-hailing service.

Zoox is testing the purpose-built vehicle on private roads, and will then move to public roads, the company said in an email exchange. “This is an important step, as Zoox wants to ensure that the vehicles on the road have been thoroughly tested, vetted, and are ready for the public to use,” the spokesperson said in the email. “Zoox is still on our journey on the path of launching a commercial ride-hailing service.”

Zoox, which operates as an independent subsidiary of Amazon, is currently testing in Las Vegas, San Francisco and Foster City. The company intends to handle all aspects of the robotaxi service and could eventually expand to delivering packages, according to an interview Evans had with Bloomberg.