Career Karma, founded in 2018 by Ruben Harris, Artur Meyster and Timur Meyster, wants to help. The startup is bringing a pick-and-shovel play to the coding bootcamp world: instead of creating its own up-skilling curriculum, the startup empowers students to find the best bootcamps for their price point and career goals.

In plain words: Career Karma is not competing with Lambda School, but instead it’s serving as a top of funnel student matchmaker to Lambda School and other bootcamps.

For as remote education drags on, students are unenrolling from school held on video conferencing software and opting for alternative programs. General Assembly, for example, saw enrollment in career-changing immersive programs is up 20% in the first half of 2020 versus the first half of 2019, as well as 330% growth in live online classes between Q2 2019 and Q2 2020.

Career Karma’s next iteration will focus on becoming a “core habit that people use on a daily basis.” The roots are already in motion: Career Karma has been growing from a matching tool into a wraparound service over the past year.

After a student gets into a coding school, Career Karma puts coders into small peer mentorship groups, called Squads, to give students support during the program and into the job search process. Instead of acting as a teacher, it wants to be the upperclassmen that helps the younger students understand the right resources and paths to take.

Currently, Career Karma only makes money one way: it charges a fee to bootcamps when it successfully places a student in one of their programs. The fee is usually 10% of a placed-student’s tuition, which could range from $10,000 to $50,000, Harris says. It’s worth noting that a school pays Career Karma up front no matter what financing option the student chooses, taking money out of their marketing or admissions budgets.

The biggest hurdle for Career Karma was stress-tested in the early innings of the pandemic: Because the startup is so closely dependent on coding bootcamps doing well, what happens to coding bootcamps in a bear market? When unemployment was high, coding bootcamps were threatened because it took away their ability to successfully place graduates into jobs.

“It did affect us,” Harris said. “But now everybody is back to rapidly skilling their workforce,” given the nature of venture-backed startups. Career Karma’s customers have placed coders into jobs at Stitch Fix, Tesla and Gemini.

Despite only one way to monetize, Career Karma has been profitable for the past five months, and has grown revenue 20% monthly. While Harris declined to disclose specific figures, he did say that over the past year, Career Karma has placed more than 3,000 people into job-training programs. If I’m doing my math correctly, it means that Career Karma could have brought in between $3 million and $15 million in top-line revenue this year alone.

“Once we create a platform where workers regularly receive career advice to advance their career, no matter what skill set they want,” he said, “we’re able to charge more.”

Today marks Career Karma’s next big growth push. The startup announced that it has raised a $10 million Series A, led by Initialized Capital.

Initialized Capital’s Kim-Mai Cutler, who previously worked at TechCrunch, said that she doesn’t view Career Karma as solely about bootcamps.

“It’s clear and has been obvious for some time that people will need continuous education to re-skill and re-train throughout their entire careers and the traditional education system hasn’t supported that,” she said. The firm’s Garry Tan coached Harris on how to get into Y Combinator, so when it came time to raise the Series A round, the collaboration made sense.

“Now we’re able to not just be a player that matches people to bootcamps, but also to trade schools, colleges, universities, and really build a community that goes beyond just a matching platform,” Harris tells TechCrunch. 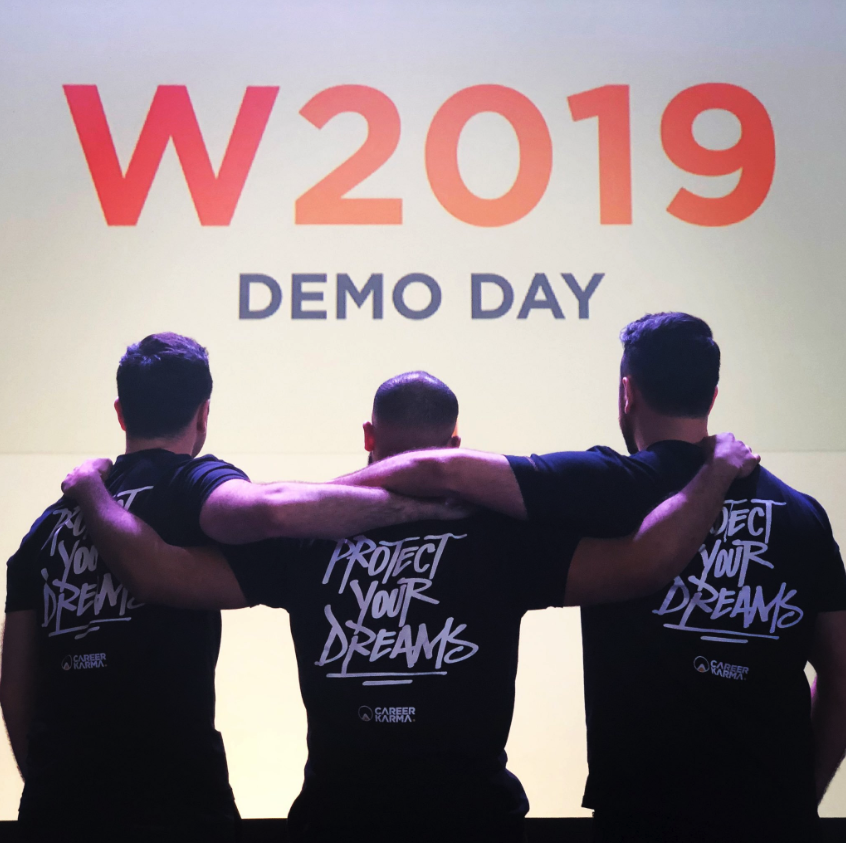 The founding team behind Career Karma.