The term “DevOps” has been rendered meaningless and developers still don’t have access to the right tools to put the overall idea into practice, the team behind DevOps startup OpsLevel argues. The company, which was co-founded by John Laban and Kenneth Rose, two of PagerDuty’s earliest employees, today announced that it has raised a $5 million seed funding round, led by Vertex Ventures. S28 Capital, Webb Investment Network and Union Capital also participated in this round, as well as a number of angels, including the three co-founders of PagerDuty.

“[PagerDuty] was an important part of the DevOps movement. Getting engineers on-call was really important for DevOps, but on-call and getting paged about incidents and things, it’s very reactive in nature. It’s all about fixing incidents as quickly as possible,” said Laban. “Ken [Rose] and I saw an opportunity to help companies take a more proactive stance. Nobody really wants to have any downtime or any security breaches in the first place. They want to prevent them before they happen.” 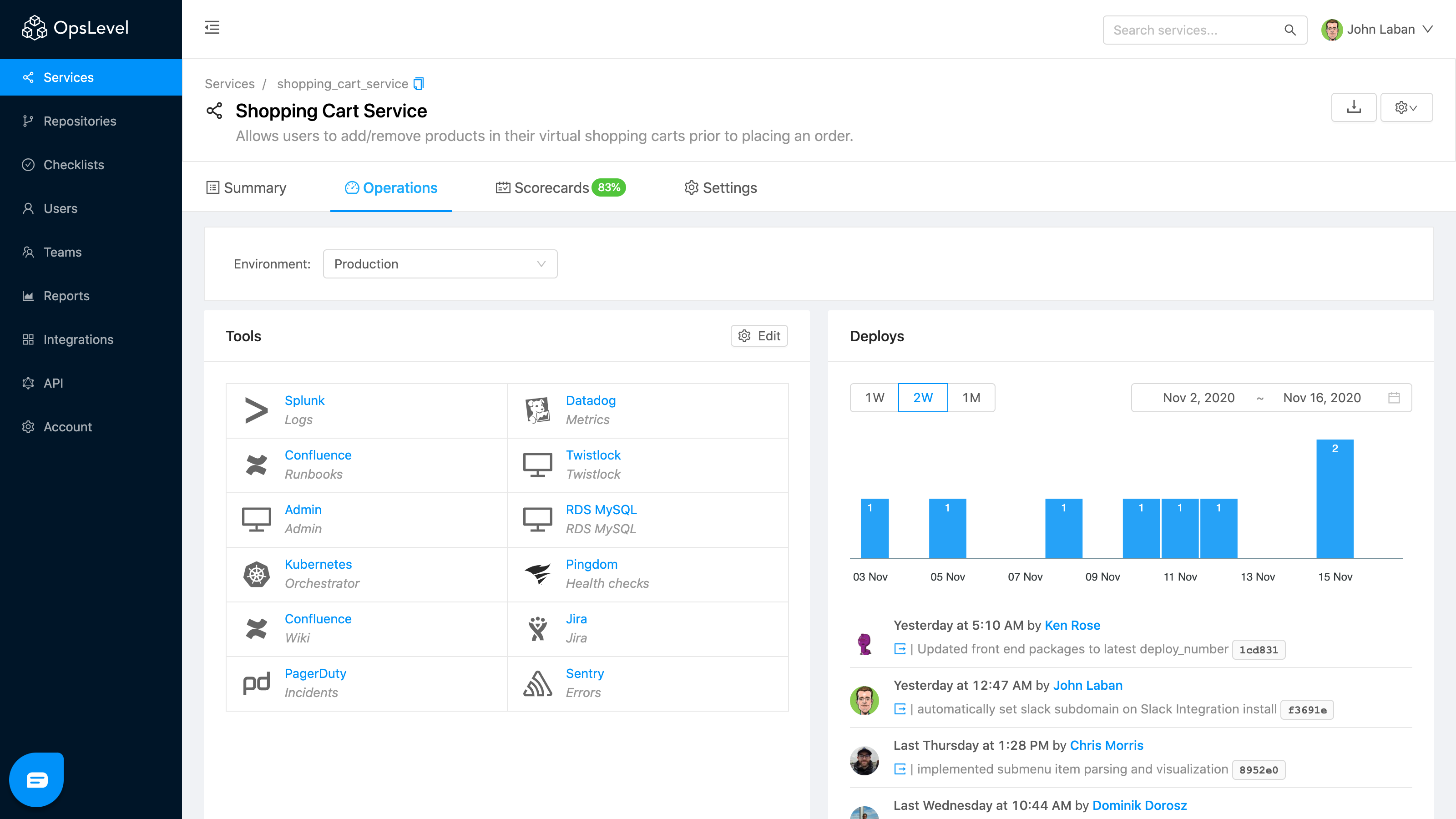 With that mission in mind, the team set out to bring engineering organizations back to the roots of DevOps by giving those teams ownership over their services and creating what Rose called a “you build it, you own it” culture. Service ownership, he noted, is something the team regularly sees companies struggle with. When teams move to microservices or even serverless architectures for their systems, it quickly becomes unclear who owns what and, as a result, you end up with orphaned services that nobody is maintaining. The natural result of that is security and reliability issues. And at the same time, because nobody knows which systems already exist, other teams reinvent the wheel and rebuild the same service to solve their own problems.

So at the core of OpsLevel is what the team calls a “service ownership platform,” starting with a catalog of the services that an engineering organization is currently running. 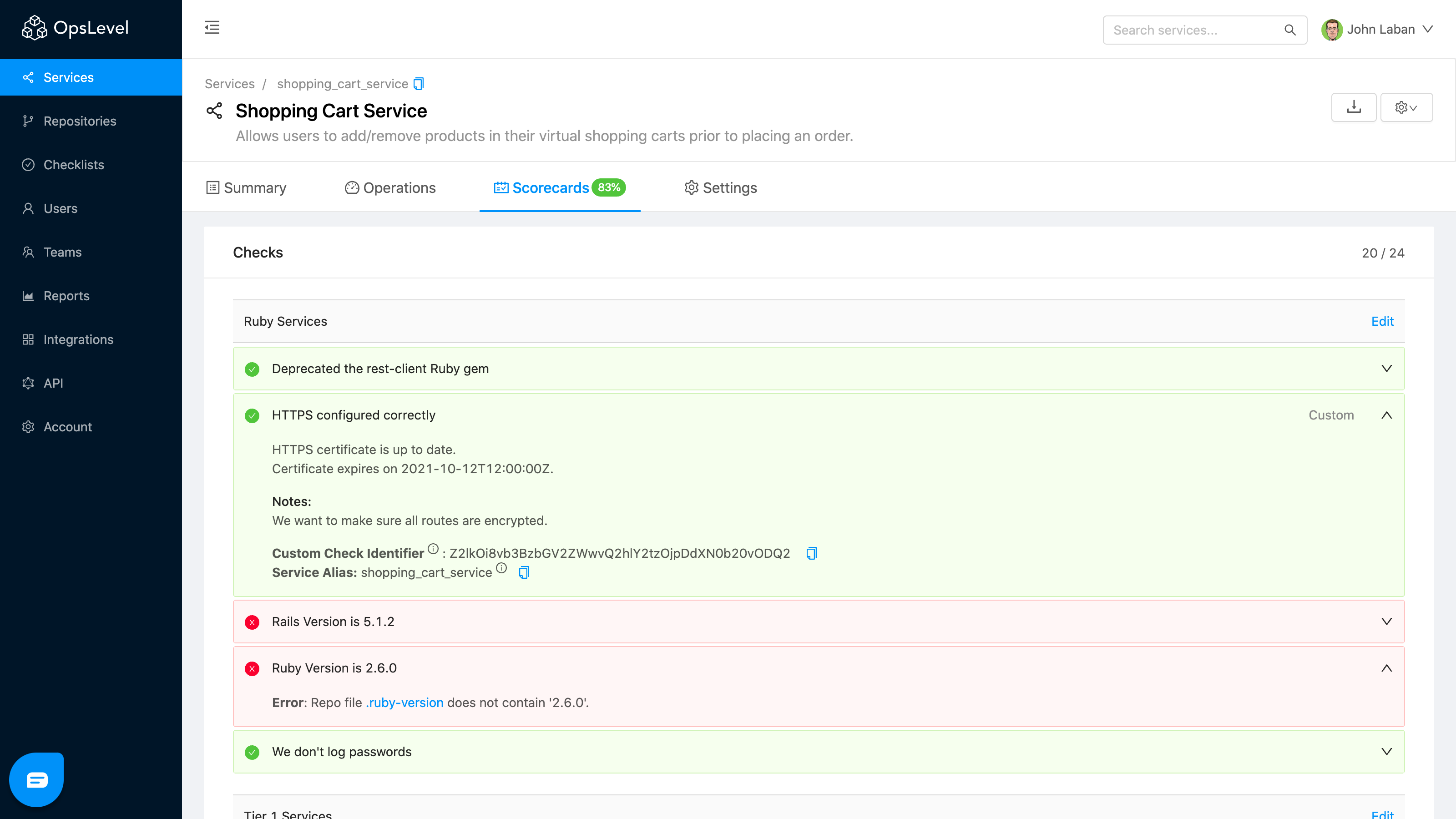 “What we’re trying to do is take back the meaning of DevOps,” said Laban. “We believe it’s been rendered meaningless and we wanted to refocus it on service ownership. We’re going to be investing heavily on building out our product, and then working with our customers to get them to really own their services and get really down to solving that problem.”

Among the companies OpsLevel is already working with are Segment, Zapier, Convoy and Under Armour. As the team noted, its service becomes most useful once a company runs somewhere around 20 or 30 different services. Before that, a wiki or spreadsheet is often enough to manage them, but at that point, those systems tend to break.

OpsLevel gives them different onramps to start cataloging their services. If they prefer to use a “config-as-code” approach, they can use those YAML files as part of their existing Git workflows. But OpsLevel offers APIs that teams can plug into their various systems if they already have existing service-creating workflows.

The company’s funding round closed in late September. The pandemic, the team said, didn’t really hinder its fundraising efforts, something I’ve lately heard from a lot of companies (though the ones I talk to obviously tend to be the ones that recently raised money).

“The reason why [we raised] is because we wanted to really invest in building out our product,” Laban said. “We’ve been getting this traction with our customers and we really wanted to double down and build out a lot of product and invest into our go-to-market team as well and really wanted to accelerate things.”