As the coronavirus pandemic evolved into a genuine threat, offices closed to limit spread and people suddenly had to download Zoom and work from home. In the months since, many offices have remained closed. And with the number of coronavirus cases growing at a rapid clip, it’s not clear when, or even if, offices will reopen.

Jesse Chambers, the founder and CEO of wrkfrce, thinks there’s an opportunity for a media publication dedicated solely to helping workers navigate what he thinks is an irreversible shift.

Launching today, wrkfrce will offer content, job postings and consulting services to help workers understand how to adapt and thrive in a remote-work environment. The site is starting with 60 articles and will post more information daily, on topics like how to adapt as a parent to the best way to ask for vacation time as a remote worker.

In addition to its articles, the company is creating documentary-style video content in collaboration with a Los-Angeles based studio. The videos will cover the troves of buzzy enterprise remote work tools out there to add some clarity to the now noisy space.

Beyond the content library, wrkfrce dedicates a portion of its site to job listings for remote-only gigs. The job board has more than 217,000 listings with jobs across the spectrum, from tech to blue-collar industries. 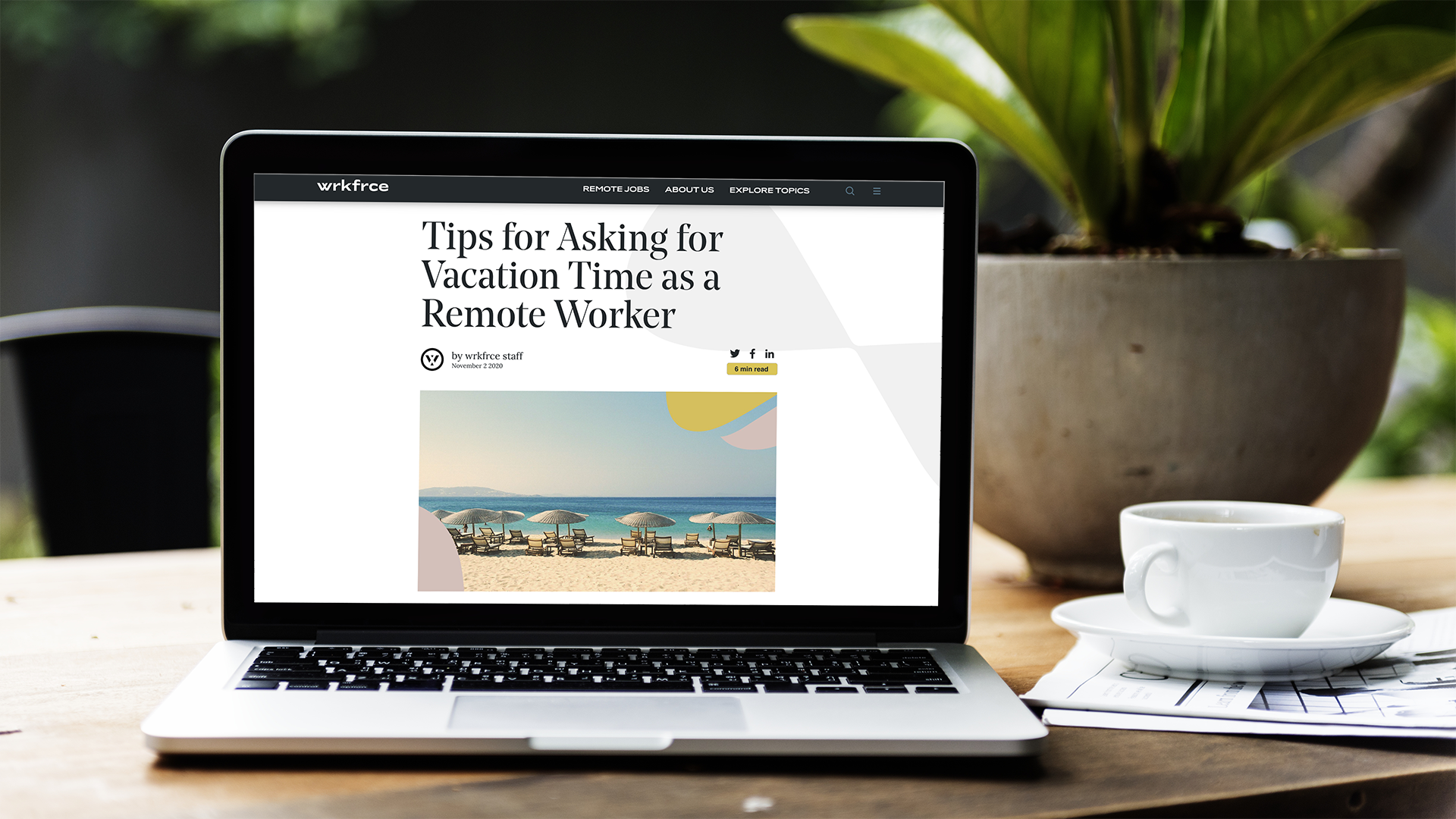 All three products work in tandem to create what Chambers hopes will be a one-stop shop for anyone in a flexible working situation. And it’s a subtweet at the old structure of offices.

“The 9 to 5 in-the-office model is a relic of the Industrial Revolution,” Chambers said. “But the reality is that professionals these days are not assembling Model Ts.”

While the company is exiting stealth amid a pandemic, the platform has been in the works for more than a year. Chambers worked as the vice president of monetization for AOL when it still owned TechCrunch for over a decade. When Verizon acquired Yahoo and merged with AOL, Chambers saw an opportunity to try a new path. He went on a job search that would allow him to have flexibility to work from home. He couldn’t find much.

“I had about 35 seconds of frustration,” he said. “Before I said to myself ‘wait a minute, you know, Jesse, you know a few things about building digital media brands.’ ”

The company isn’t competing with any publications, as most cover remote work as one topic of many. Still, to acquire readers, Chambers said he is not putting the content behind a paywall. Instead, wrkfrce makes money through affiliate links on its job board, advertising remote-work tools and consultancy fees it charges companies that ask for advice on how to scale a remote team. It declined to disclose how much it will charge companies.

The biggest challenge ahead for wrkfrce, according to Chambers, is building a healthy and sustainable audience.

The strategy of targeted, niche advice blogs has worked well in categories that never lose importance, such as personal finance or mental wellness. Currently, wrkfrce’s total addressable readership is larger than ever because of the pandemic, but that could all change once offices reopen and people head back to work.

But the pandemic puts Chambers, like any founder launching a remote-work startup during this time, in the same, complicated spot: While demand surges right now, what if it’s all a fad? None of these founders can predict the future, but they all offer some version of the same argument, which is that millions of people have tasted flexibility and will now demand it going forward.

To prove his bullishness on remote work, Chambers has lived it. The founder traveled across the country with his wife Lindsey in a 27-foot Airstream for the past two years. He is launching the remote work company while working remotely, and is self funding the business entirely. 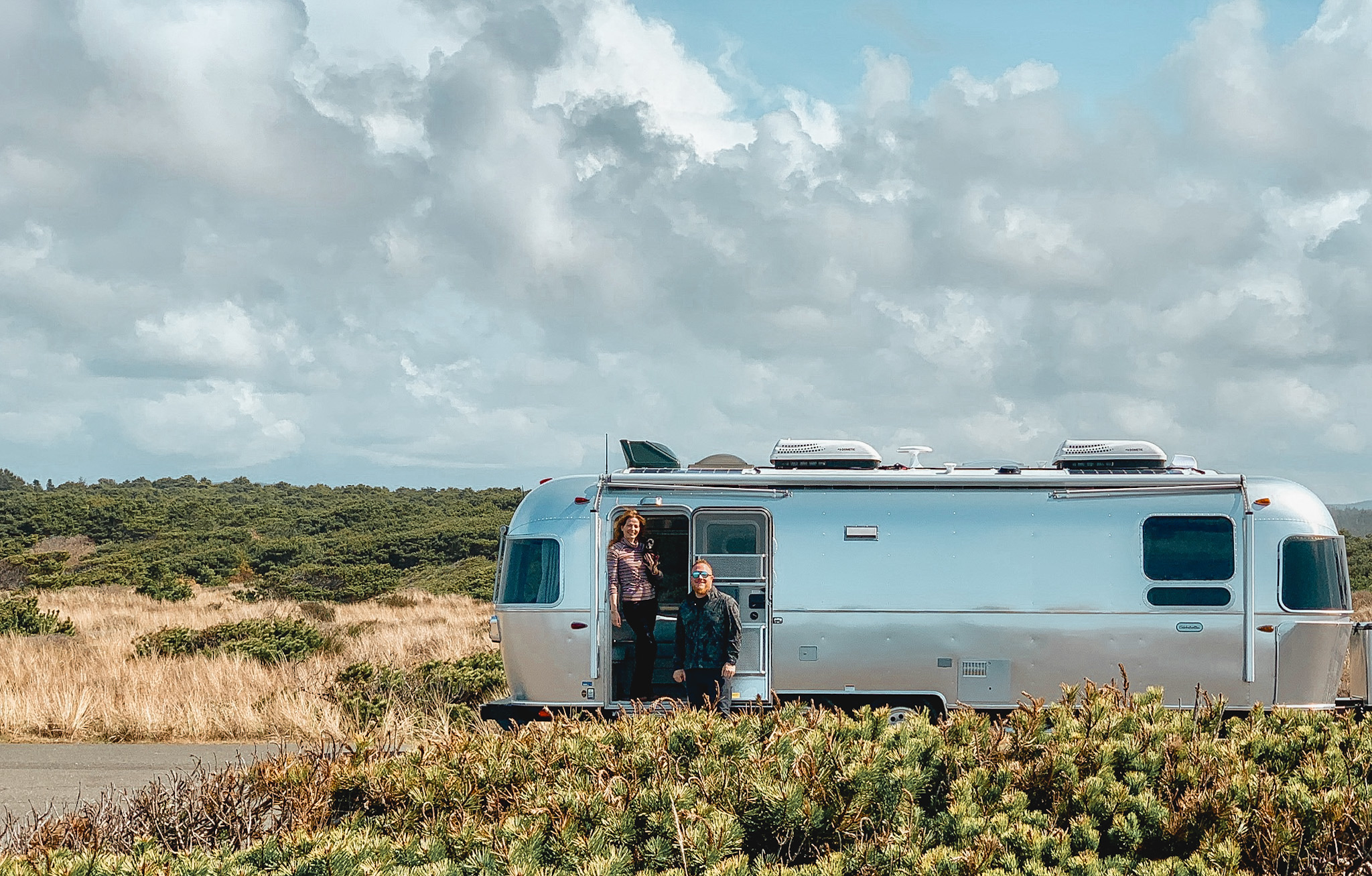 Jesse Chambers and his wife traveled across the country in their 27-foot Airstream.

The pandemic is an accelerant of his vision, but not a catalyst.

“The digital evolution has brought us to this point where distributed work is totally possible,” he said. “If the pandemic had happened five to seven years ago, this would be a completely different situation.”

Some techies have approached remote work by recreating hacker homes. While some remote-work enthusiasts think these homes are the future, others think the approach is attention-seeking and, at times, tone deaf as the pandemic continues to rage on. Chambers thinks that the coastal elite tech worker approach might brand remote work as cliché, when in reality, it’s broader than the singular experience.

“The reality is, for the vast majority of people, even if they want to pick up and go take a laptop to Fiji, they couldn’t do it,” Chambers said. “They’ve got kids, they’ve got familial responsibilities.” Chambers wants to write for those remote workers, the enthusiasts, the haters and everyone in between.

The fact that millions of people around the world finally adopted remote work because they had to is not lost on him. But, he does see a future where people hybridize their workflows.

“We’re not beating a drum for totally remote work only,” he said. “It’s really about the whole spectrum of flexibility.”