Fishtown Analytics, the Philadelphia-based company behind the dbt open-source data engineering tool, today announced that it has raised a $29.5 million Series B round led by Sequoia Capital, with participation from previous investors Andreessen Horowitz and Amplify Partners.

The company is building a platform that allows data analysts to more easily create and disseminate organizational knowledge. Its focus is on data modeling, with its dbt tool allowing anybody who knows SQL to build data transformation workflows. Dbt also features support for automatically testing data quality and documenting changes, but maybe most importantly it uses standard software engineering techniques to help engineers collaborate on code and integrate changes continuously.

If this all sounds a bit familiar, it’s probably because you saw that Fishtown Analytics also announced a $12.9 million Series A round in April. It’s not often we see both a Series A and B round within half a year, but that goes to show how the market for Fishtown’s service is expanding as companies continue to grapple with how to best make use of their data — and how much investors want to be part of that. 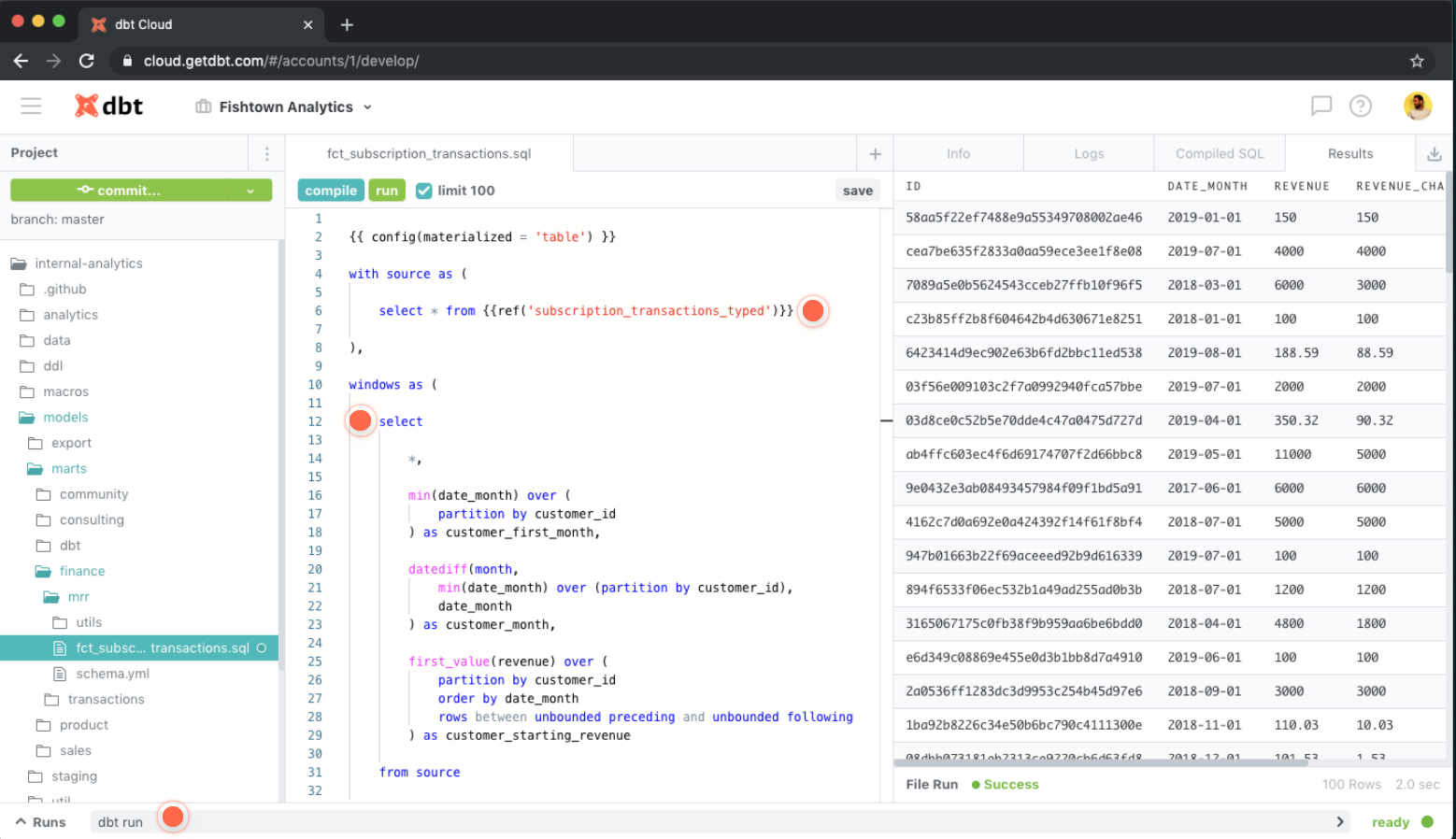 “This was a very productive thing for us,” Fishtown Analytics co-founder and CEO Tristan Handy told me when I asked him why he raised again so quickly. “It’s standard best practice to do quarterly catch-ups with investors and eventually you’ll be ready to fundraise. And Matt Miller from Sequoia showed up to one of these quarterly catch-ups and he shared the 40-page memo that he had written to the Sequoia partnership — and he came with the term sheet.”

Initially, Handy declined. “We’re very bullheaded people, I think, as many founders are. It took some real reflection and thinking about, ‘is this what we want to be doing right now?’ ”

In the end, though, the team decided to go ahead with this round — mostly because this round allowed the team to think long-term and provided stability and certainty.

One thing Handy has always been very clear about is that he did not found Fishtown to purely build the largest possible company but to solve its users’ problems, even as the market looked at companies like Databricks and Snowflake — and their financial success — as potential analogs. “My worry was that the financial markets were driving things that weren’t necessarily going to be good for our users,” Handy said.