Audible, the Amazon-owned audiobook company, is further expanding into podcasts with the addition of approximately 100,000 podcasts (totaling 5 million episodes) to its service. The shows will be offered for free streaming to Audible members and non-subscribers alike, Audible says.

Included in the new lineup are top podcasts like “Pod Save America,” “You’re Wrong About,” “This American Life,” “Conan O’Brien Needs a Friend” and “FiveThirtyEight Politics,” to name a few.

The company told TechCrunch the additions did not come by way of any recent partnerships or new deals with podcast providers, but are instead a part of Audible’s ongoing efforts to become known as a provider of “premium audio storytelling and entertainment.”

It seems that Audible will use the free programming to entice users to subscribe to its paid service, where they’ll gain access to Audible’s collection of exclusive programs, Audible Originals. 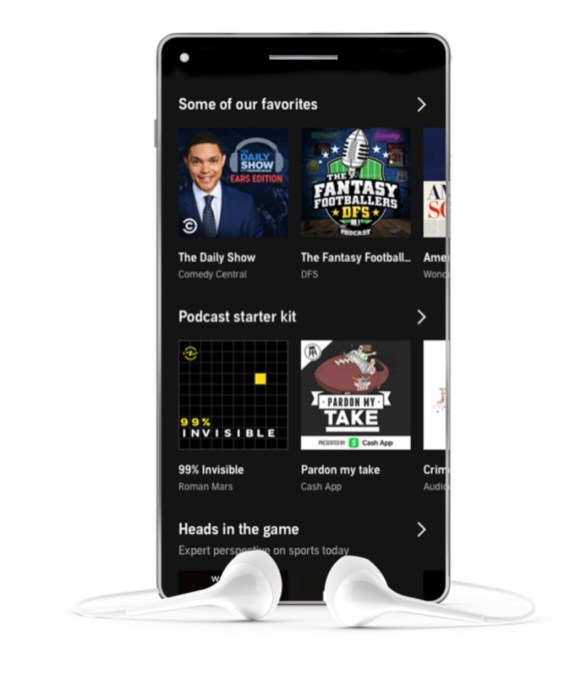 Audible has actually had its eye on podcasts for some time. Back in 2016, it announced a new service then called “Audible Channels” that featured bite-sized original audio content from publishers that had included the NYT, WSJ, The Washington Post and others.

Today, the company has grown its collection of original spoken word content to include documentaries, theater and sleep programs, and more. It also features a number of exclusive podcasts for members only.

The Plus plan, however, doesn’t include credits to download audiobooks, as on the $14.95 per month Audible Premium Plus plan. (Audible consolidated its Gold and Platinum plans and rebranded it.) It’s just focused on other audio content.

With the addition of free, third-party podcasts, Audible has the chance to capture users’ attention in its app, then try to upsell them to paid memberships, including the new Plus plan.

Audible announced its plans for the expanded podcast selection on Tuesday, but the new section itself didn’t launch until today.

On the refreshed website, Audible arranges the podcasts in horizontal rows as “Top Free” podcasts and “Popular,” the latter which allows it to feature its originals. It also offers thematic grouping, like true crime, comedy, business and management, news, fiction, science and technology, self development and many others.

Those exclusive to Audible are also labeled with a yellow banner on the image thumbnail, in another push to upgrade.

The new additions can also be found in the Audible mobile app, under the “Podcasts” section, where you can follow shows, rate them and stream episodes, much like any other podcast client app.

Podcasts are a significant source of investment for streaming services these days, with Spotify having snapped up studios and podcast startups to increase its output of audio programming and original content. Pandora parent SiriusXM, meanwhile, just completed its acquisition of Stitcher, which included its podcast service, ad network and content network Earwolf. Even Apple has begun to more seriously dabble in the format.

Audible says more shows and podcasts will be added in the weeks and months ahead.